In what comic do several people each get different individual Superman powers?

I remember reading a comic in the 90s that took place after mullet Superman died by the hands of Doomsday, and even after "The Surviving Supermen", there was a comic about how they extracted Superman's powers and were able to give one power each to about 7 or so people.

For example, the guy who had Superman's x-ray vision had the side-effect of not being able to ever turn it off and he needed the guy with Superman's flight ability to carry him around to look for a bomb.

Does anyone know the name of this comic?

I think you are referring to Superman Annual #8 - The League of Supermen in January 1996 which was part of The Legends of the Dead Earth sequence. 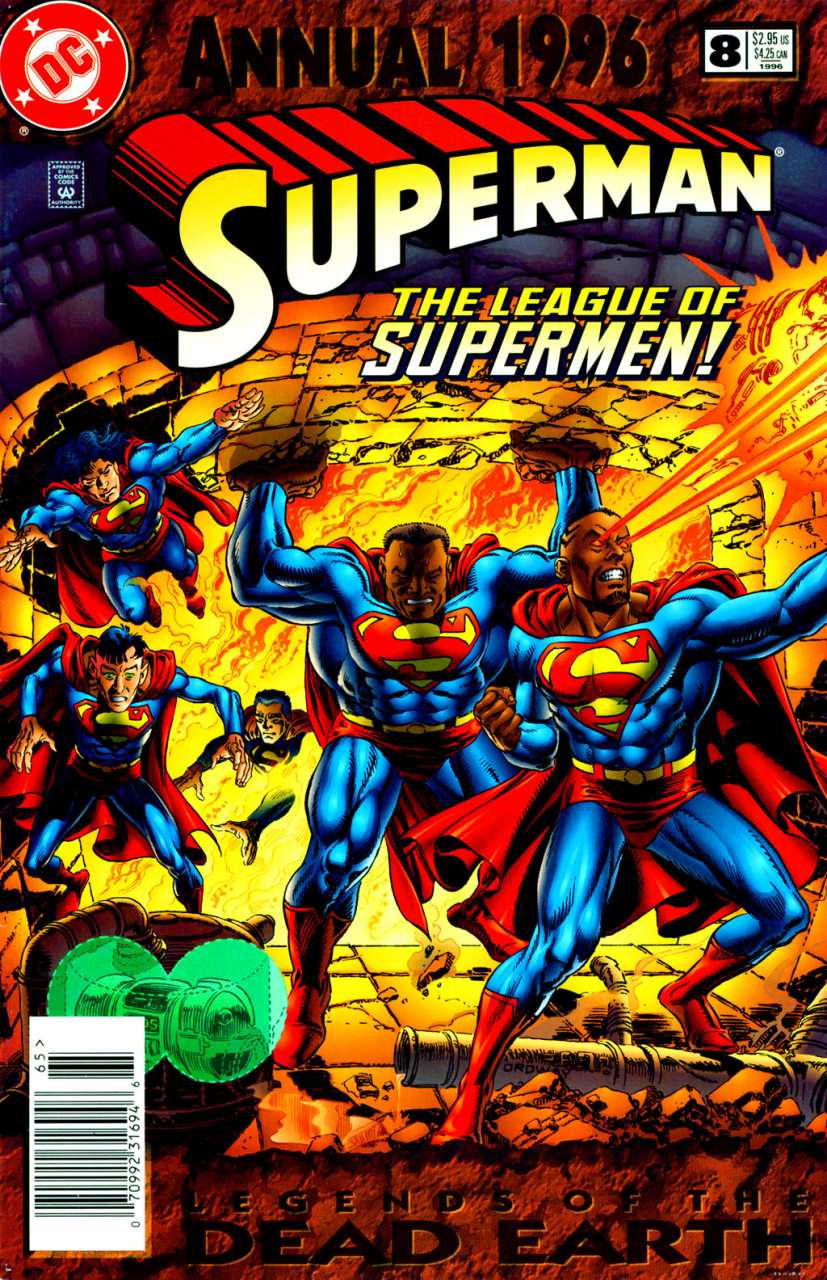 24
How different is Superman's physiology from a normal human?
23
Is Batman's Kryptonite ring enough to stop Superman if he ever went rogue?
3
What reading order would get a comic newbie into Superman Rebirth?
4
Are the different Superman comic series linked?
55
Comicbook short story where a man inherits a clock that tells when you die
8
Comic book about guys with powers that are hunted by society
6
How did Superman get his electrical powers in Superman Blue?
6
Is there an early 90s DC series or tales about a race of aliens that could transform and give others powers accidentally?