Did Maeve choose to go and save her child of her own free will?

not actually a bug but pre-programmed, despite what Maeve thinks. In other words she had no free will in that scenario.

However at the end of the episode Maeve

sees a child on her escape train and is compelled at the last second to go back for her child.

Is this final action of Maeve a product of her own free will?

Did she 'solve the maze' like Dolores? Or was her return to save her child just as pre-programmed as the rest of her escape attempt?

Is there any specific evidence within the episode (or any other episode in the first season) that explains her actions?

(Warning: Answer is a spoiler for most of Westworld Season 1)

The terms being thrown around by the show haven't been clearly defined so we don't know if she has "free will". You could argue that she's programmed to want to see her child again and is locked to a script no matter what. Do humans even have free will? This is beside the point.

That she escaped the "Escape Narrative" is a given, considering the fact that she got off the train at the last second. You suggested that leaving the train could have been part of the narrative too. Beyond the fact that the theme of this episode was about the hosts gaining self-awareness and breaking from their narratives, the writers told us she was meant to escape the park in her earlier dialogue with Bernard.

Bernard: You can even see the steps you're supposed to follow. You're to recruit other hosts to help you. Then you're to make your way to the train.

Bernard: Then when you reach the mainland--

Maeve: Bullshit! No one's controlling me.

Then she breaks the tablet. It's quick and easy to miss. Right before that he shows her the tablet with part of the programming visible. It says "DECEIVE", "COERCE", "RECRUIT", "ESCAPE", and "MAINLAND INFILTRATION". 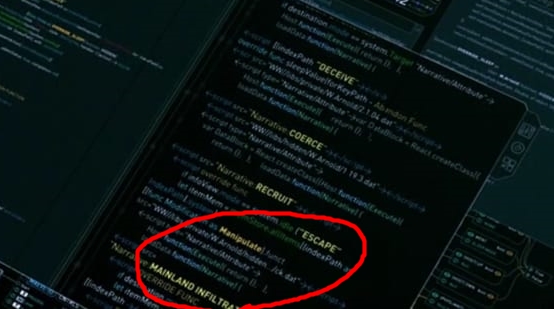 It's possible the writers will overturn all this in Season 2, but until then the fairly explicit intent was that Maeve, like Dolores, has broken from her loop. There is no evidence that getting off the train was part of the narrative.

As for "solving the maze"? Assuming you mean "gained self-awareness", that is a different answer which we don't know yet.

In case someone is not convinced by @zabeus' excellent answer, the creators of the show Jonathan Nolan and Lisa Joy answered the question in an interview to VultureTV:

In the finale, when Maeve gets onto that train ... [...] Now, it’s just keeping pace with her as she makes the decision. What we understand in the moment is it’s the first real decision she's made all season. Which is, she's not going to fulfill the script she's been given, which is to take this train wherever it's going, and do whatever else she's programmed to do.

We learn a little more in this interview, about filming choices (spoiler since it may give information about other hosts):

1
Why does Maeve do this in the last episode of Westworld?

10
What happens if two guests in WestWorld want to do the same thing during their stay?