What was Count Dooku's first name?

I've been searching the Internet for this for a long time, but couldn't find anything. Is his first name mentioned anywhere (maybe in the Expanded Universe)?

I've read some comments where people say his first name was Jard, but I can't find any official information about that.

Count Dooku has not been given any additional name in any material, canon or Legends

As far as we know, his first name might be:

As far as I can tell, the name "Jard" was created by noted fan SuperShadow, who claimed to be a close friend of George Lucas and posted many previously-unreleased tidbits and interviews on his website1; Dooku's name was one such fact, posted on the FAQ section of his personal website.

Despite his claims, SuperShadow has no affiliation with George Lucas or Lucasfilm, and has never been a source of legitimate canonical facts; everything on his website seems to have been invented by him. Many of the claims posted on his website were later contradicted by canon sources, and Pablo Hidalgo has publicly denounced the site.

1 The website no longer exists, by the way; the supershadow.com domain is now owned by a Japanese company, and appears to point at a site advertising hair removal services

I don't think he had a last name. In our world if you were to say "Queen Elizabeth" or "President Donald" (even though it sounds off) people know what you mean. Of course both of these do have the last names of Windsor and Trump respectively, but if you look at the names of his family it always changes. They may be different from my examples as they rule the planet and have only one ruler to speak of but I think Dooku is his first name. 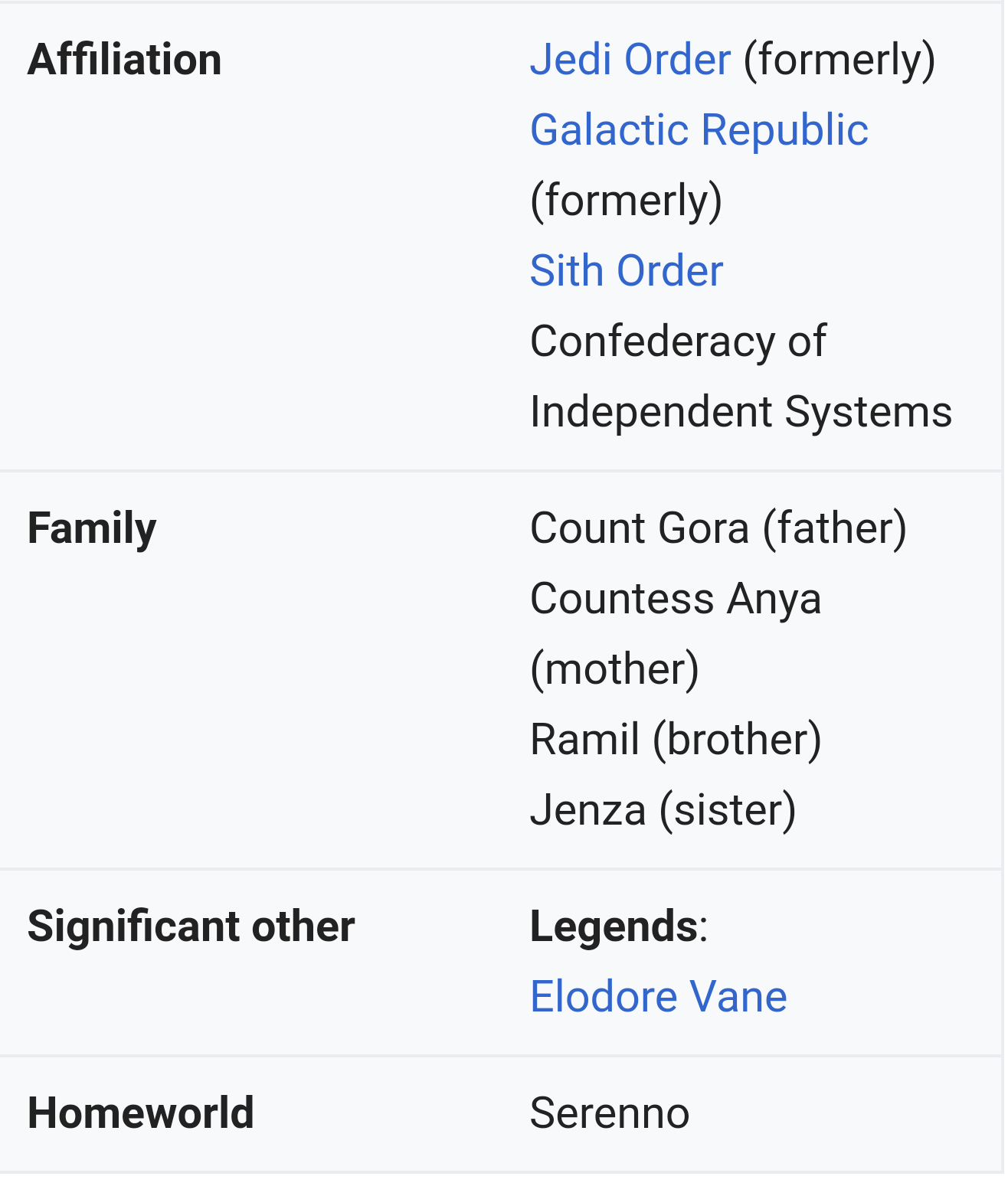 His last name is Serenno. The planet he comes from is named after his family (because they are the ruling family); this is based on the canon book Dooku Jedi Lost.

Not the answer you're looking for? Browse other questions tagged star-wars star-wars-legends names or ask your own question.

19
Star Wars fan website with false claims
5
Did the Man In Black have a name?

3
Significance of the name "Iffspay"
18
Did George Lucas use any of the expanded universe material in the prequel trilogy?
12
Why does the Klingon Defence Force have such a wussy name?
26
Did Tolkien give Thranduil his name?
50
How is his name "Chewbacca"?
4
What is the term for baptizing a person as a Sith? Or (officially) converting a Jedi to a Sith?
3
What is the proper spelling of "Miranda Savage" from "Vision of the Future"?
3
Is there a connection between Sith and Naboo?
1
Why are some of the Blake's Seven crew referred to by surname and some by first name?
2
What is the significance of the name Azazel for Asimov's demon?