Was there a Golden Age superhero named “Sergeant Strike”?

I recently picked up a batch of old 50¢ comics, including the first issue of Eclipse's "Strike" from 1987, written by Chick Dixon. The page below appears at the end, and purports to tell the story of a "Forgotten Hero of the Golden Age of Comics," Sgt. Strike, whose story is told in flashback in the issue's main story.

There are lots of details there, but I haven't been able to verify any of them after some determined web searching. No "All-Thrill Comics," at least from that time period. No books called "Prairie Crimebusters" or "All Kid Comics." No company called "Happy Comics." No "Jolly Farmer Food Company."

Now of course I wouldn't necessarily expect ALL of these 1940's minutiae to be accessible in a modern web search, but the fact that I can't confirm ANY of them leads me to suspect that Dixon just completely made everything up. But if so, I can't imagine why. The story is tucked away at the end, and the purported Golden Age origins of the character are not mentioned on the cover as a selling point. And it seems kind of shitty to make readers think they've learned some obscure comics trivia when it's all fake.

So... Can anyone with better Google-fu than me, or with better knowledge of the Golden Age of Comics, enlighten me? 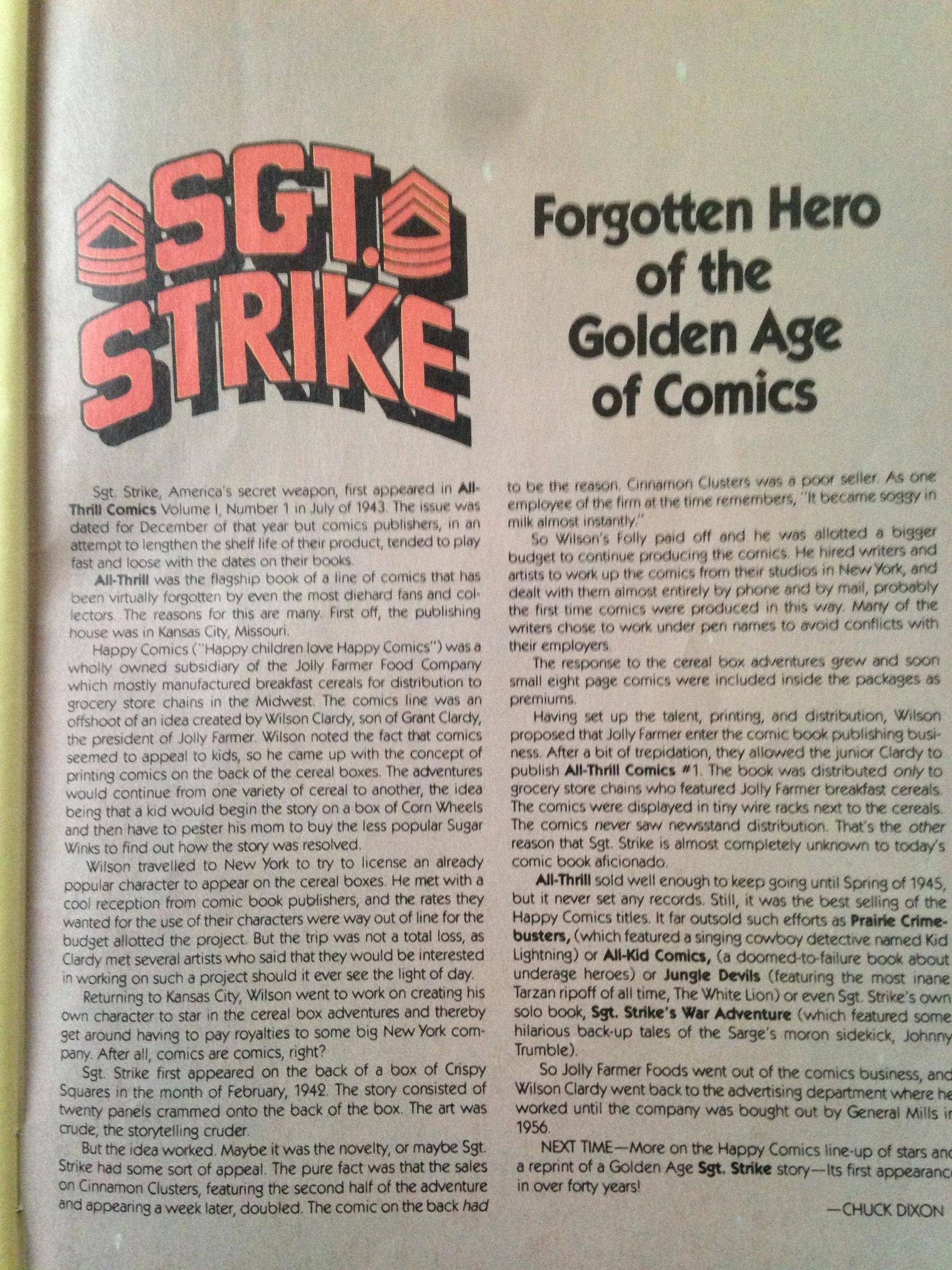 As per the contents of this page, it looks like it's generally accepted that the "Golden Age heroes" of the Strike series never actually existed.

A young black teenager finds the super-powered harness hidden away by the long-lost 1940s war hero Sgt. Strike and dons it to become the new crime-fighter Strike! The popular team of Chuck Dixon and Tom Lyle supply the best in contemporary super-hero action in this mini-series. Backups feature the apocryphal adventures of Golden Age costumed heroes who never were.