How can I watch the pre-"Special Edition" Star Wars?

In the early 90s I remember having "digitally remastered" versions of the Star Wars Trilogy on VHS (Letterbox/Surround/THX), it would be good to have higher quality versions of these but I'm unsure whether they are generally available.

I have heard some criticism of the 're-released' trilogy.

There is a DVD box set release that came complete with the unaltered original films as bonus material.

Each movie comes as a two-disc set—one disc is the 2004 remastered version of the film, while the second disc is a version that captures its original theatrical presentation. 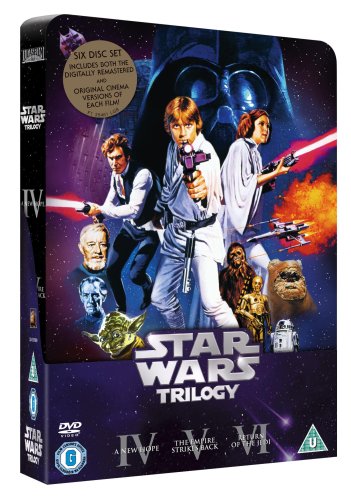 If you heard that this 're-released' trilogy was not so good. It's because it used non-anamorphic video sourced from the 1993 LaserDisc releases. It's just not good as the restored 1997 Special Edition (Gold or Silver box) and any subsequent release, which you should avoid because it include many changes from the original theatrical version. 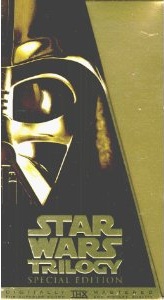 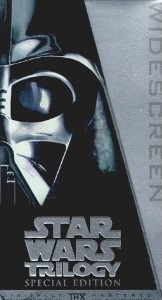 After that, I think your best bet would be to check garage sales or to go on Ebay for the first VHS release of Stars wars or The "1995 VHS THX Edition" (Black box). 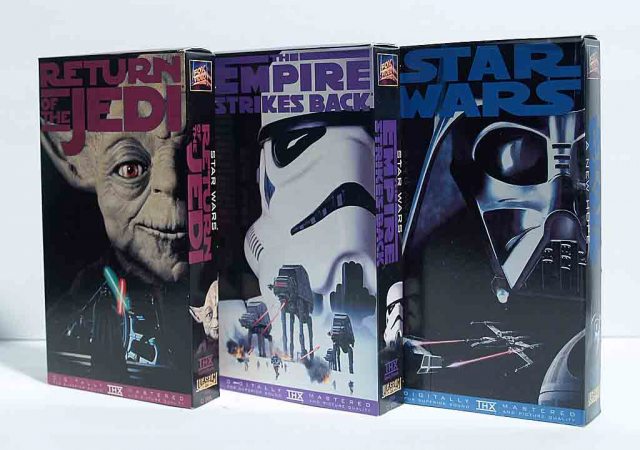 The 1993 laser disc Star Wars Trilogy: The Definitive Collection would be also OK, if you have the player to use it, but you wont have a better image than with the DVD, as the source is the same.

But, be notified even those versions has some small changes, I recommend to check the wikipedia page about List of changes in Star Wars re-releases to pick the release you want.

Another great alternative is Harmy's Despecialized Editions. Basically a guy called Harmy went and reconstructed the original versions from a variety of newer sources:

This is a reconstruction of the 1977 theatrical version of STAR WARS. The original shots were painstakingly restored using various sources (listed below) and the film received an extensive shot by shot colour correction based on a fade free 1977 I.B. Technicolor Print.

You can find them here:

If you want physical copies of them, there are printable covers and disc art included as well. The end product looks like this: 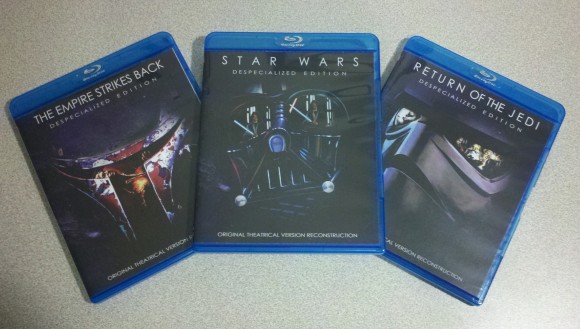 LaserDisc will probably be the best quality you can find of the 'original' version of the first trilogy:

I reckon that it will be easier to find hens' teeth, though.

Also - reputedly - Lucas has destroyed the original masters so that the only 'definitive' studio version available is the special edition which was released at the end of the 90s.

It really depends what you don't want. If you want the movies as they appeared in the theaters, you'll have to hunt down one of the original film reels. That's an expensive proposition but ALL of the at-home releases of the films are modified in some way. Even if just to add "Episode IV: A New Hope" to the opening crawl.

The VHS releases up to the special edition are the only versions that don't contain the now infamous extra footage and Greedo shooting first. The special editions and the DVD releases are all more-or-less the same. And the new Blu-ray versions are different still. Although exactly how they differ I am not sure.

The best recreation of the original version is Harmy's "Despecialized Edition", which is based primarily on the Blu-ray versions, with most of the SE content removed:

Certainly in the UK can can get these:

They include both the original theatrical release and the Special Edition.

Have you tried "Starwars revisited" By Adywan? Search "Adywan revisited" into YouTube to see side-by-side comparisons of the original and improved footage. He also removed unnecessary and annoying CGI that was in the official revisions.

P.s, I got a special ediditon with both the original unaltered footage and the "improved" ones or the originals a few years ago, you might want to check it out on Ebay?

I have the Star Wars Trilogy THX Widescreen Edition VHS box set that DavRob60 was referring if you would like to know what the packaging looks like. 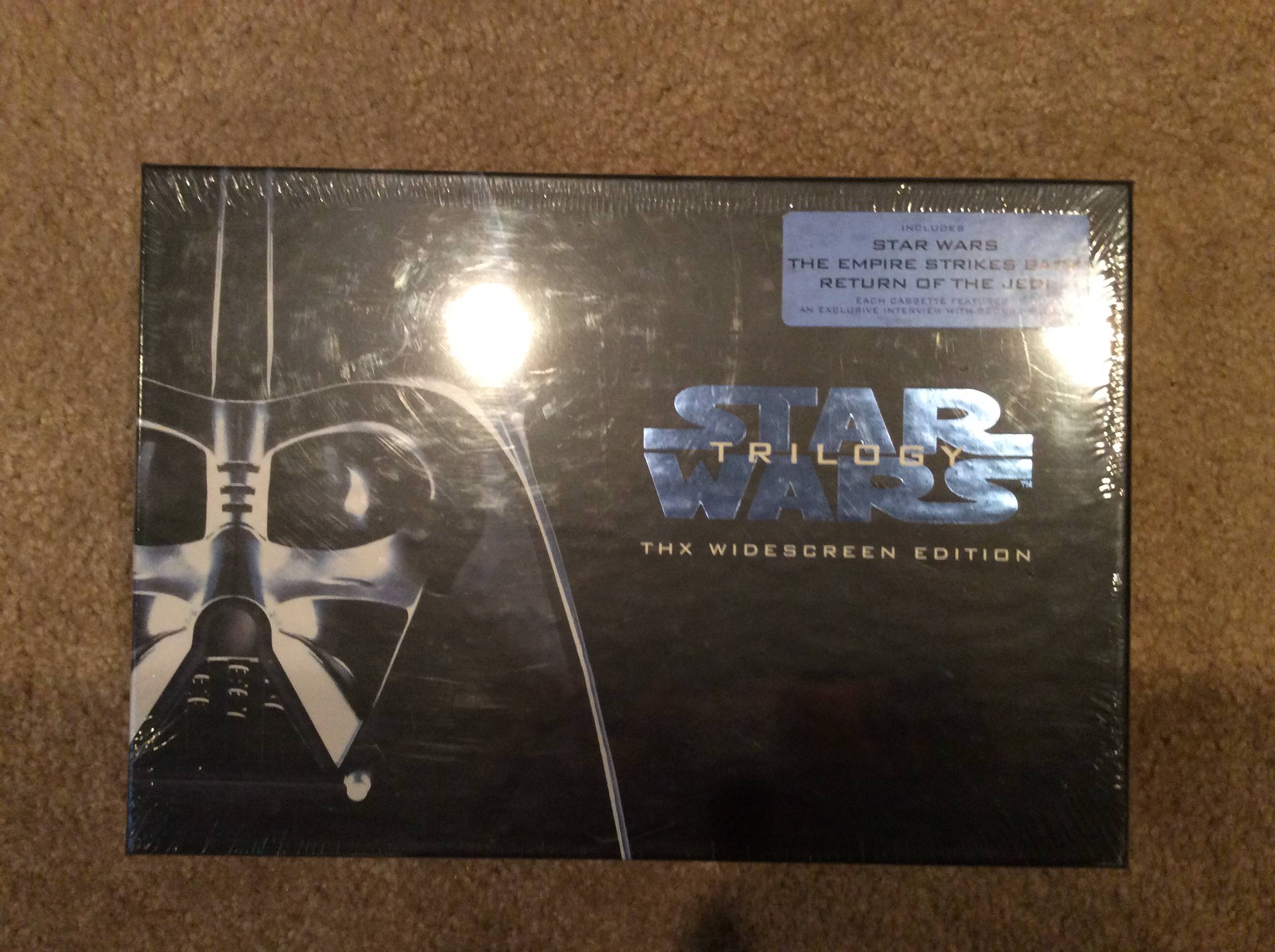 6
Where can I buy an "unmodified" star wars episode 4-6 copy?

19
Where to start with the Star Wars books?
31
What is the significance of the reversed colours of imperial and rebellion lasers compared to lightsabers?
1
Why does Star Wars: Rebels have a synthesized soundtrack?
65
Toilets in the Star Wars galaxy
8
Lateral hangar bays on Imperial Star Destroyers
7
What happened to the plans for a 3D re-release of Star Wars?
4
Who designed the Emperor's chair from "Return of the Jedi"?