Why did the CIS become known as the "Separatist Alliance"?

This seems like a fairly large change, since this is the name of the antagonist organization for a huge portion of the Star Wars series. "The Separatist Alliance" is apparently now the canon name, but as far as I know, it's never appeared before The Clone Wars and "the Confederacy" has rarely been used since--although it did make it into some other canon sources such as the Tarkin novel.

Is there any source for where these names came from and why they were changed? Out-of-universe/EU/canon sources are all fine.

There are multiple explanations of the distinction between the Confederacy of Independent Systems and the Separatist Alliance. They may not all be entirely consistent.

The Databank article suggests that the terms are interchangeable.

The Confederacy of Independent Systems, also known as the Separatist Alliance, was a collection of star systems and corporate titans that left the Republic and fought for independence against the Republic’s clone armies and Jedi Knights. The charismatic former Jedi Count Dooku was the Alliance’s political leader, while its military power came from credits and assets donated by powerful galactic trade groups.

There’s also a hint here that the Alliance might refer to the broader collection of CIS plus Trade Federation, etc. In any case, the terms CIS and Separatist Alliance were used both by Separatists and Republic allies, both in the early and later days of the war.

The Alliance predated the CIS

It seems that the Separatist Alliance may have come before the CIS, the former having "congealed" into the latter.

In the blink of an eye, it seemed, the galaxy was embroiled in a full-scale galactic war. The Separatist Alliance congealed into the Confederacy of Independent Systems, a coalition of loosely aligned worlds united for war.

Star Wars Propaganda: A History of Persuasive Art in the Galaxy

The most likely conclusion from this would be that the Separatist Alliance didn’t take on the name “CIS” until there were enough planets and systems involved for there to be a proper government. Dooku’s early efforts were primarily bankrolled by trade and financial groups. There might also be an implication of increasing formalization.

Nor would this be the first name change that the Alliance underwent. This early poster refers to Dooku as the head of “the Independent Movement for Self-Determination.” 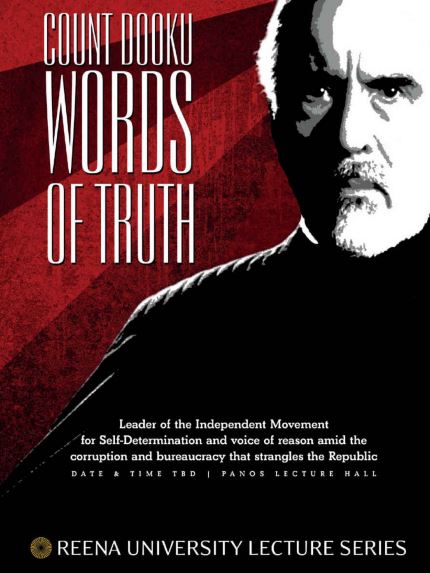 Some of it is propaganda

Each side chooses the terminology that makes itself look good, while trying to label the other side as something negative. One person’s rebel is another person’s terrorist. 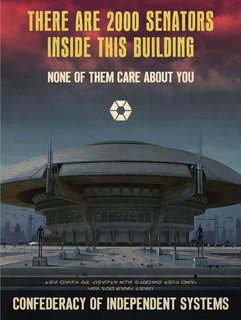 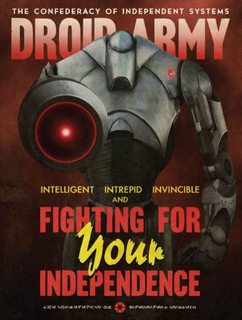 By contrast, officials of the Republic, as well as people not politically affiliated with the Separatist cause, tend to use the term “Separatist.” This is what the pro-Republic artist Janyor of Bith calls it:

I have been a propagandist, a young defender of the Republic, blind to its faults and gripped by a jingoist’s fervor to support the soldiers of the Clone Wars. I believed in the rhetoric of Chancellor Palpatine. I believed in the evils of Count Dooku and the selfish damage inflicted by the Separatist Alliance.

Star Wars Propaganda: A History of Persuasive Art in the Galaxy

This is also occasionally illustrated in the Clone Wars series:

PADME: He is a she, a senator in the Confederacy Of independent systems.

AHSOKA: Your friend is a separatist? One of Dooku’s pawns?

PADME: The separatists used to be a part of the Republic.

The Clone Wars, “Heroes on Both Sides”

The phrase “Confederacy of Independent Systems” seems designed to convey an air of legitimacy, and thus tends to be preferred by the CIS itself. By contrast, “Separatist” is a more neutral or even derogatory term (“the Separatists”).

The 'Confederacy of Independent Systems' became known as the 'Separatist Alliance' during the time of 2008 The Clone Wars television show. This was so they could avoid using the word 'Confederacy' in a children's show and prevent busybody parents from submitting complaints despite the fact that it's simply a form of government and the term is not solely in reference to the Confederate States of America (as some Americans believe it to be). It is simply real-world censorship with no legitimate in-universe explanation.

Not the answer you're looking for? Browse other questions tagged star-wars names the-clone-wars or ask your own question.

42
Why was the single war between the Republic and The CIS called "The Clone Wars"?
21
Was anyone else suspicious of the sudden convenient appearance of a Clone army?
4
Are there records of Rebel usage of CIS technology?
28
When and why did the Rebel Alliance adopt the phrase "May the Force be with you"?
66
Why did the Jedi serve a corrupt Republic?
6
Was Darth Maul part of the Separatist movement?
5
When did the Separatist Movement start within the Galactic Republic?
10
How did the Galactic Republic defend itself before it had a clone army?