How come neither Obi-Wan or Vader's robes caught fire prior to the high ground slope scene? [duplicate]

If I remember correctly, what caught fire was Vader's mutilated leg at the stump, but how is that the case? The robes should be way more flammable than flesh, shouldn't it? 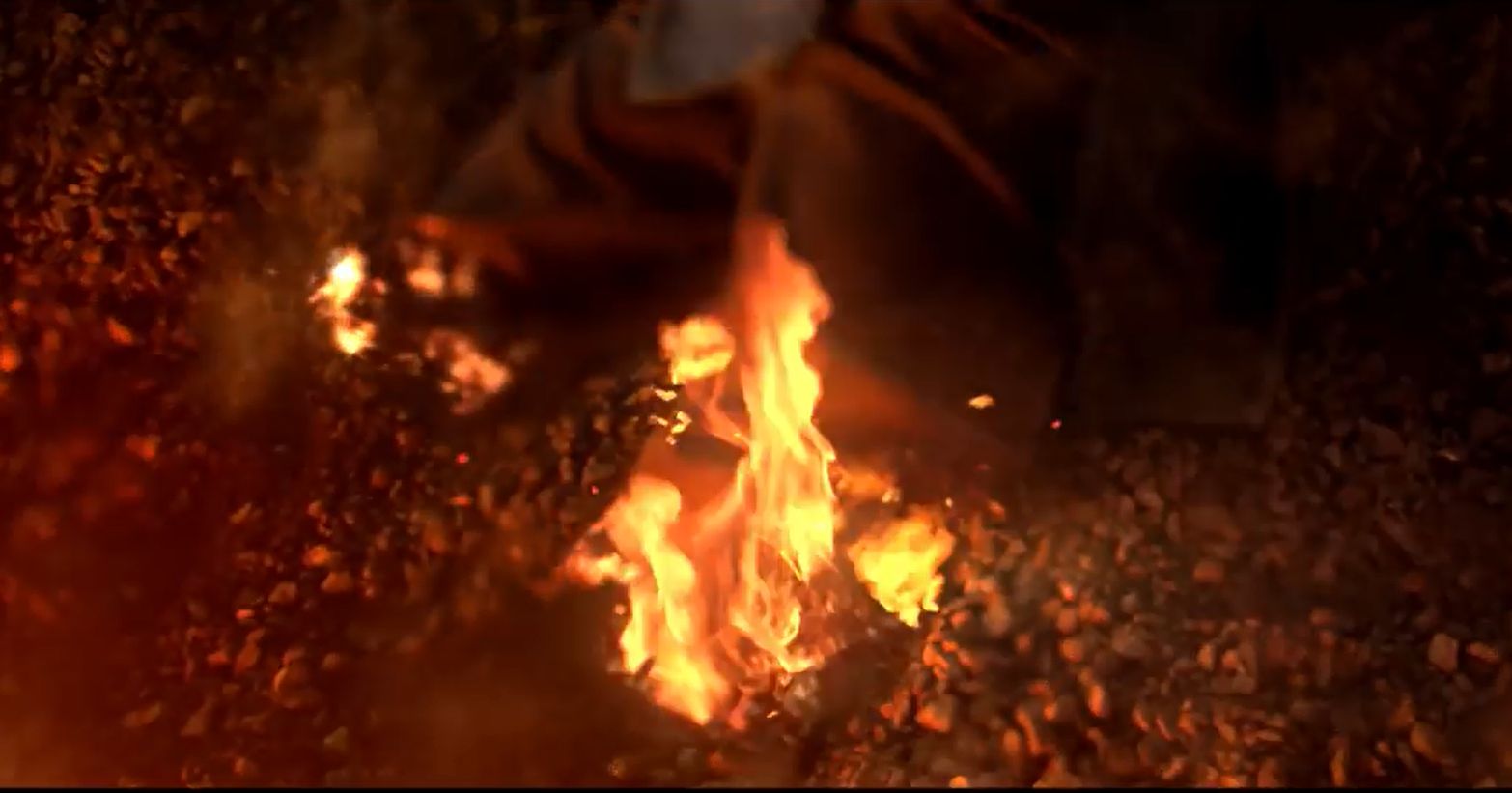 The clothes do catch fire, the stump does not. You can see it happening:

The type of ignition that occurs is a self-ignition occurring on the material. Humans do not combust thanks to thermal inertia (the human body is 2/3 water).

Assuming the Jedi wear a basic cotton material, the self-ignition flashpoint (the material catching on fire) is 407 degrees C.

The lava flowing is viscous, flowing quite rapidly, and appears to go for kilometers, suggesting a rhyolite lava. This type of lava is unusually hot in the greater than 950 degrees C range. 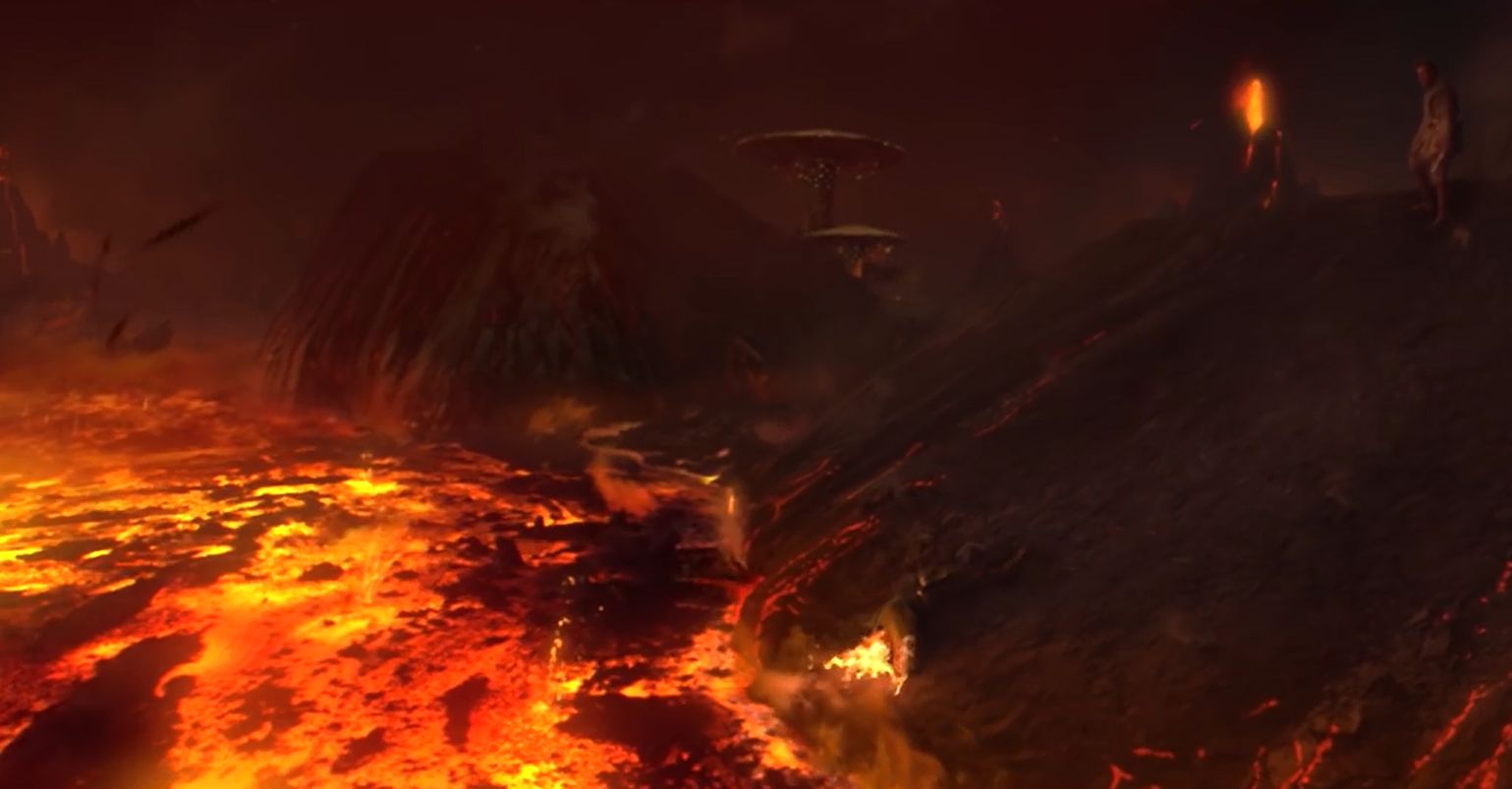 Using the Sakimoto and Zuber: Flow and Convective Cooling in Lava Tubes Model and Anakin's slow descent down the loosely graveled walls we see that Anakin finally comes within range to trigger the self-ignition point of 470.

Unfortunately, the answer, as far as I am aware, is instead of a canon explanation, just bad movie physics.

The surface temperature of lava is anywhere from 700-1250 degrees Celsius (Francis), while the temperature at which human skin is burned away is around 72 degrees Celsius (Fire Dynamics). Actually the point at which synthetic fabrics is higher than that, but still nowhere near the 600 degrees mark at around 300 degrees Celsius (Fire Dynamics), and that's for equipment designed to resist heat. During the entire Mustafar scene, unless Mustafar's lava was for some reason much, much less hot than any known lava on Earth both Obi Wan and Anakin should have been dead long before the final scene of the fight.

The entry for Episode III mentions Lucas placing priority on the symbolism of the scene, at the cost of realism and plausibility, though I cannot find a source for this.

As Daniel Miller notes above, it appears that the clothing does catch fire first, but only when it was most dramatic in Lucas' eyes for it to do so. Even if the flesh managed to somehow burn first, it would be because Lucas thought it better that way, and the reality of that environment was very much a secondary concern.

8
Did Anakin and Obi-Wan use the Force to protect themselves from the heat on Mustafar?

32
What is the origin of Darth Vader's face scar?
23
What does Vader's HUD say in Revenge of the Sith?
9
How is Darth Vader's ship able to catch the Tantive IV over Tatooine?
36
How much of a man was Darth Vader?
14
Vader's remains
7
Why did Obi-wan think the fight was over because he had the high ground?
2
Why did Mace Windu kill Jango Fett?
3
How was the status quo between the fleets maintained?