What's the point of locked doors in Harry Potter?

In the Harry Potter universe, there is a spell that unlocks things. In the books and movies, there are many occasions where the main characters use this spell to open doors in wizard buildings (such as the door leading to where the Philosopher's Stone is hidden, or a door in the Magical Congress Of USA headquarters). Hermione knows the spell in her first year, which seems to indicate it's pretty easy to learn/cast, especially for the average adult wizard.

Because, upon finding a locked door, the majority of people would not attempt to unlock it without authorization. Just because one can unlock a door, doesn't mean that they should.

There are many ways that a door can be more carefully secured against other wizards who know the alohamora charm (Fidelius Charm, password protected like Dumbledore's office, whatever Flitwick did to the door to lock it in Philosopher's Stone). Sometimes it's just a bit too much trouble to go through for something that people should know to stay out of anyway if they attempt to open it and find it locked.

It should also probably noted that Hermione was an exceptionally gifted witch, who knew many more spells than anyone else of her age did. She fixed Harry's glasses on the train, before they had even reached Hogwarts, whilst Ron didn't even know the most basic of spells despite growing up with a wizard family.

I'm not entirely sure just how advanced the unlocking spell is, but presumably it's not something the average first year would know.

Well what's the point of any lock? At first glance you would say, to keep someone from getting in. But that is not the whole truth.

Any lock can be broken, picked or circuumvented somehow. The question is, how much of an obstacle should a lock be. Even in our non-magical world there are different kinds of locks.

The question should not be "What is the point of having a lock that can easily be broken?" but "What do you want to protect from whom with a simple lock like that?" and "Can it deter an offender from trying to break it?".

In the magical world, obviously, a mundane lock could only provide simple privacy from someone who is not willing to open the lock.

If you want to secure something better, you will have to put charms and wards on the lock, so that the unlocking charm will not work. Obviously, then you could just use bombarda and blast away the door (or the wall next to the door). However you'd at least have a clear sign of breaking and entering then.

If you want it to be even more secure, you would then have to protect against THAT threat and so on... Like in our mundane world, it is simply a question of how much effort will you believe someone is putting into getting past a barrier you've set (like is it worth blasting open a wall to get an inexpensive item behind it).

Allright, obviously that doesn't even work well in our world, since thiefs will be willing to cause several times the damage in property to what their loot is worth in the end. But it is just the same compromise you will have to make.

Its just like someone seals something (building, lock, safe etc.). Its not like no one can break the seal, but its just gives the impression that its something you should not be looking in unless you have authority (key)

Anybody could break that seal, but seal says you should not be trying to read that letter or face consequences 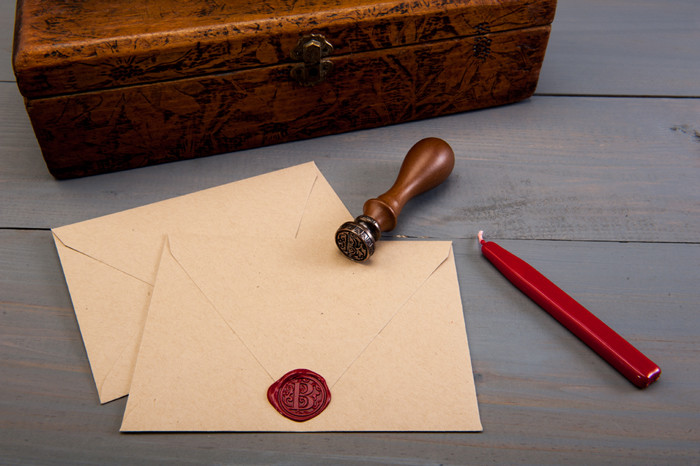 In a legal sense, locking down something shifts liabilities. If I lock a bike, you take it and drive against a wall because the brakes don't work, it's your fault. If I don't lock the bike, it's mine. Similarly, should you be caught somewhere you're not supposed to be after picking a lock, you can't really make any excuses anymore.

It's a world of magic. Laws of nature don't really apply. And if things seem strange to you, then that's probably because you're just a mere muggle ;). So, concerning locks. There are ways to make locks on which spells don't work. Probably this is quite some advanced magic - else every lock would have this. There are most probably also ways to tell a lock has been opened using a spell. So it comes down to the simple sollution as mentioned before. Locks are there to let wizards and witches know they shouldn't enter without permission. They can enter (just like a burglar can), but they shouldn't! And obviously, it does stop the average muggle from entering....

KasparKaspar
1
Add a comment  |
Highly active question. Earn 10 reputation (not counting the association bonus) in order to answer this question. The reputation requirement helps protect this question from spam and non-answer activity.

3
Why wasn't Fluffy's chamber locked with anti-Alohomora charm?
1
are locks in wizarding world effective
5
Why didn't the Death Eaters just perform Alohomora on the locked doors in the Ministry?

28
Why are there "dilapidated" buildings in Harry Potter?
5
Why didn't the Death Eaters just perform Alohomora on the locked doors in the Ministry?
26
Why did Hermione grab Harry's wand?
11
Is there wizarding education for adults?
8
Does all childhood magic duplicate actual spells?