What was the "bold move" Chrisjen is referring to in The Expanse - Episode "The Big Empty"?

After the interrogation of the alleged OPA courier, the Belter Heikki Sobong, Chrisjen Avasarala, the United Nations Assistant Undersecretary, is sitting with Errinwright (the Undersecretary) in an auditorium-like room, discussing the situation between Earth and Mars.

At some point, after mentioning the Belter, she says "Bold move, I'll give him that".

Does she actually talk about the Belter at this time? And what is the move in question? Or is it this about something else altogether.

The scene is about 18 minutes in into the second Episode of the first season.

I have attached a Screenshot of the scene. 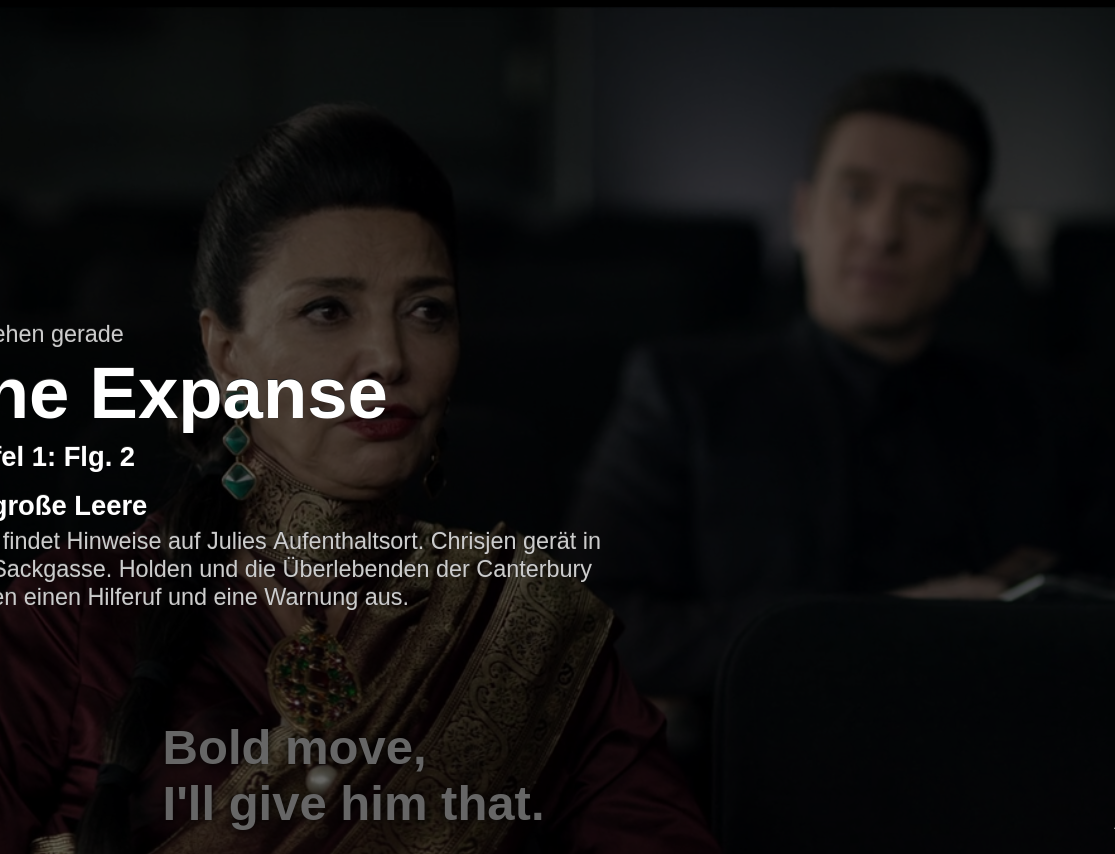 At present, there is a "cold war" going on. As Errinwright says..

"A cold war is a bloodless war, mutual distrust and complete co-dependence. No one wants to change that. Least of all Mars."

The quote would seem to reference whoever is making the move. It's unlikely to refer to the courier...more likely whoever is pulling the strings behind it all.

Frankly, I heard it as "give them that" but your subtitles and a transcript I found seem to agree with you.

It seems to refer back to the line before,

Which one can infer to mean that if Mars and The Belt are co-operating (and perhaps sharing stealth technology) as Chrisjen suspects, it would be a major shift in the political atmosphere currently in place.

Not the answer you're looking for? Browse other questions tagged the-expanse-2015 or ask your own question.