Movie about a prisoner with healing powers

It's an older movie where a prisoner has healing powers and heals a lot of inmates. At the end he's executed but the people he healed brings him back to life. Can't find it anywhere online.

The Green Mile reminded me of it but in this one he is brought back to life at the end by all the people he's helped. It might have even been one of those old mini shows like Tales from the Crypt or something like that. It's like 15 years ago.

Convicted murderer Eric Peterson, Patrick Swayze,is about to face his maker after holding off his execution with legal maneuvers for some four years.

Recovering from his injury at the prison hospital ward Peterson and the sergeant of the prison guard Meadows, Hector Elizondo, soon realize that he somehow obtain the power to heal.

With the governor not commuting or even granting a stay of execution for Peterson Warden Erhardt, almost in tears, has no choice but to have him juiced with a 2,000 bolt charge of electricity in the prison's execution chamber.

And from this description, we have the ending you described

In Amazing Stories, the inmate is brought back to life thanks to all the people he helped

Interestingly, that last article notes that this episode was from 1986, and King's novel, The Green Mile, was published in 1996. The similarities are certainly striking...

It reminds me of The Green Mile. A 1999 film where a prisoner has healing powers. 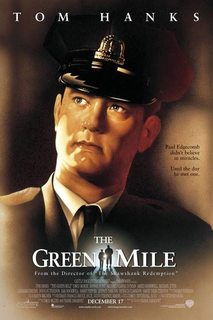 15
TV episode about man who has the meanings of words change
5
Linked short stories about humans with healing powers
2
Book where a slave/prisoner hooks his brain up to a spaceship
8
Short Story about living until the end of time
14
Story about a motorcycle accident survivor with anterograde amnesia
24
TV show where a condemned prisoner can miraculously heal by touch
9
What's the name of that tv sci-fi horror series with a truck driver who can't escape a town? he won't get a cup of coffee
10
Scifi novel about a prison station in the sun that turns into an alien invasion