Where do X-Wing fighters—and similar small scale Rebel craft—dock to refuel and tune up when in space?

This answer to this question got me thinking:

I am pretty sure that the battle cruisers for the Republic scramble (take off) after the main fighters. Unlike imperial Star Destroyers, who fly in and then release swarms of TIE fighters.

Okay, so it’s fairly established since the first Star Wars (1977) that TIE fighters are short range fighters that are based in Star Destroyers. I mean, Obi-Wan Kenobi clearly says:

when the Millennium Falcon comes out of hyperspace expecting to be near Alderaan but finds space rubble and a lone TIE fighter instead.

And then—as far as X-Wings go—pretty much every appearance of them we see in the films is in support of larger ships. X-Wings are more nimble craft and can go into hyperspace.

Yes, we see them parked on the ground or in hangars in the films, but what about when they are in transit? Is there such a thing as a Rebel “X-Wing carrier” craft?

The only thing close to one I can remember—and find reference to—in the series is in Return of the Jedi (1983) when Han talks to Lando in front of the Millennium Falcon in what is described in the script as INT HEADQUARTERS FRIGATE - MAIN DOCKING BAY. Apparently this hangar was in Admiral Ackbar’s ship—known as Home One—but that ship is described as:

“…a mobile command center after the Empire discovered and destroyed the main Alliance headquarters on Hoth.”

So it doesn’t seem like it’s main use was as an in-space carrier? Unless I’m mistaken.

Anyway in that scene on Home One in Return of the Jedi, you can clearly see hints of X-Wings in the background as well. But past that one very minor scene it seems to me that there is no consistent mention of Rebel docking/hangar facilities in space. So do such “X-Wing carriers” or something similar exist and are they commonly used? Where do X-Wing fighters—and similar small scale Rebel craft—dock to refuel and tune up when in space when engaged in normal day-to-day usage?

As it stands Home One seems to have been an improvised solution in Return of the Jedi put together to accommodate the needs of planet-based operations on Yavin and Hoth being destroyed in previous films.

Looking for an in-universe answer; canonical or non-canonical answers are fine. References please. 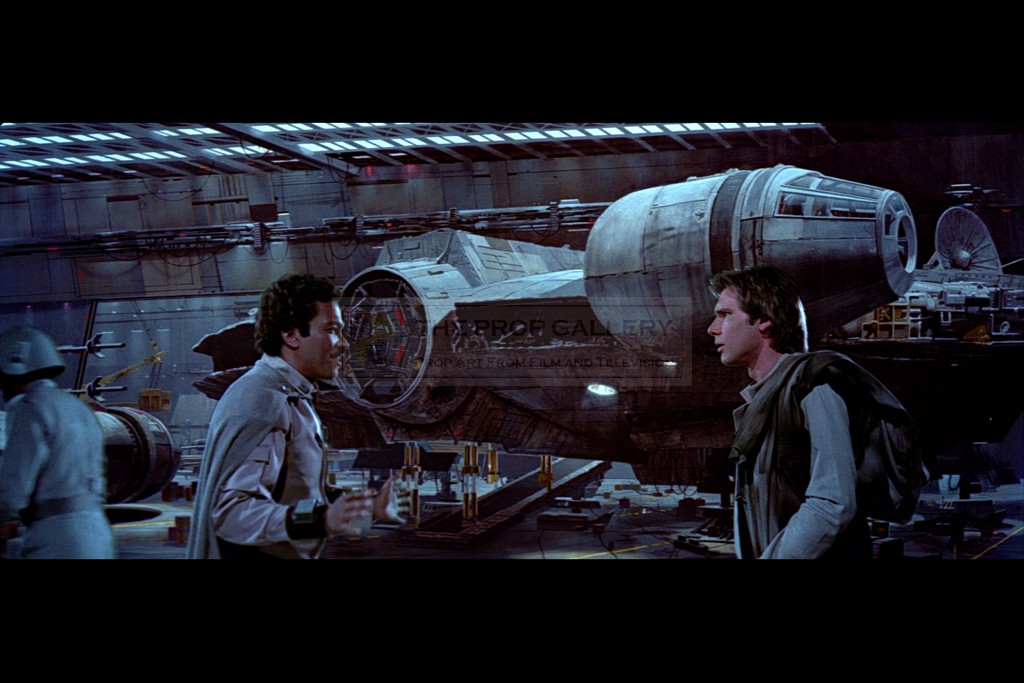 Wookieepedia's article on the MC80 Home One type Star Cruiser states that this cruiser model acted as a flagship, battleship, carrier, and command ship with a complement of 10 squadrons of starfighters. Home One itself apparently has 20 hangar bays. MC80 Liberty type Star Cruisers are apparently very similar in terms of their carrier capability, also having a complement of 10 squadrons. Ultimate Star Wars is the main reference for this information, and it is canon.

According to Legends, EF76 Nebulon-B escort frigates can carry 24 TIE Fighters (they were originally produced for the Empire) as well as several shuttles, so presumably the rebels could fit theirs to carry a similar number of fighters.

Judging by callsigns, it would seem that a rebel fighter squadron consists of about 12 fighters, so MC80s can carry perhaps 120 in total. This suggests that after a fleet engagement, all deployed starfighter squadrons could likely return to the hangar bays of MC80s or perhaps EF76s for refuelling and repair if necessary. Fighters without hyperdrives would presumably have to be deployed from one of these cruisers or frigates.

In Rebels, we saw a couple of different carrier-type craft being used at various times.

We have the Pelta-class frigate Phoenix Home, which was used as a mobile base for refueling and repair of Phoenix Squadron's A-Wing interceptors.

After Phoenix Home was destroyed by Darth Vader, the fighters temporarily adopted the practice of docking with the squadron's CR90 Corvettes and with the freighter Ghost, using those ships as makeshift carriers, but this practice was slow and dangerous, taking too much time and precision to be carried out under fire.

Instead, the Rebels launched a raid to capture an Imperial Quasar Fire-class cruiser-carrier to serve as their headquarters. This ship was well able to support the squadron's operations.

The Star Wars flight games that have come out over the years show this in detail as it is a large part of the gameplay as well as the storytelling.

All of these games primarily have the player's squadron(s) based out of space-borne capital ships or stations.

The menu screens in all games were "in-universe" and showed different locations in the home base ships with people coming and going, audio announcements, etc. The player leaving and returning are shown in cutscenes at the beginning and ending of each mission; they were even customized to show repairs being made depending on how damaged the player's ship was when they returned.

X-Wing Alliance took the game mechanics even further, and you could hyperspace home mid-mission and reload on torpedoes.

The "cheat books" written for X-Wing and TIE Fighter were novels that contained the flight diaries of the player characters and contained a lot of details of what it was like to live on those flagships.

22
Star Wars RotJ: why was the Executor chosen as a target?
15
Are Rebel pilots trained to conduct suicide runs?
6
Star Wars canon, small ships and hyperdrive
9
Does Rogue One create a plot hole in Return of the Jedi re Hyperspace Radio?
13
Why do ARC-170 Starfighters look like X-Wings?
17
Is there any explanation as to why small scale vehicles—such as X-Wings and T.I.E. fighters—in “Star Wars” have gravity?
26
Did any non-rebels regularly fly X-Wings?
66
Why didn't the Rebel Alliance (or the Empire) build YT-1300 light freighters with the same specs as the Millennium Falcon for space combat?
11
Why didn't Han Solo shoot Darth Vader's ship?
10
How is this TIE fighter landed in the Death Star?