Do the animals shown as pieces in the holographic game with Chewbacca and R2D2 on the Millenium Falcon show up in other Star Wars media?

The Dejarik holographic game between Chewbacca and R2-D2 shows several different animals. Do any of those creatures show up in later films, TV series, novels, or video games? 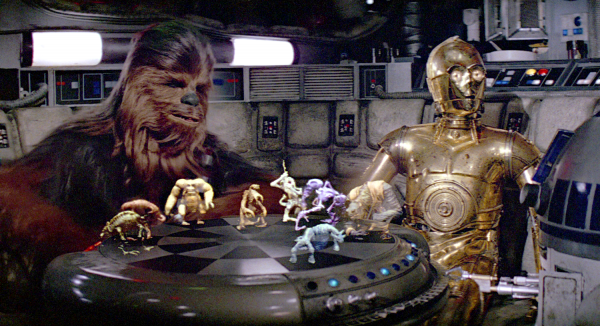 Here is an image of the board game with names for the pieces. I'm assuming this shows all the pieces. 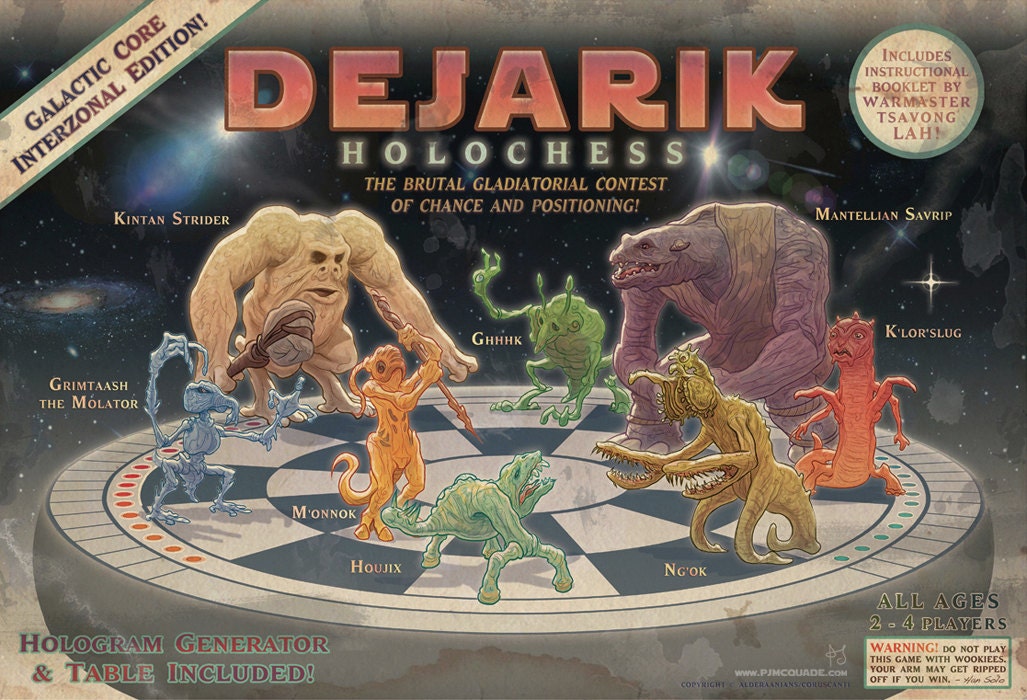 The Dejarik game appears in Star Wars Rebels animated show, but that's the game, not the animals. I am asking about the animals.

Yes, kinda. From a certain point of view.

Kintan strider: In Episode VII: The Force Awakens, it appeared as pieces of animal (Donderbus blaster ulna handle for Tasu Leech, as per Visual dictionary page 54).

I haven't been able to find evidence of any other animals in main 7 films or other Disney canon material on Wookieepedia, nor by searching novelization texts.

If you include Legends material:

K'lor'slug and some others appeared in Star Wars: The Old Republic MPG

(there is a chance some of them also appears in The New Jedi Order: Agents of Chaos II: Jedi Eclipse based on what Wookieepedia says, but I don't have access to it today to check).

Of the various species listed there, only the Mantellian Savrips may have had an appearance in other media. It may have appeared in the official Marvel Star Wars comic series, in Showdown on the Smuggler’s Moon, Part III.

In Star Wars #10, we also see that Grakkus the Hutt owns a whole menagerie of beasts in cages, including a wampa, a ronto, a brezak (which first appeared in the comics series, The Clone Wars: Slaves of the Republic, written by Henry Gilroy, and then later in The Clone Wars episode 412, “Slaves of the Republic”), as well as a fellow that looks like the Mantellian Savrip from a dejarik game board. There’s also an obligatory tentacle monster, too. Grakkus has almost enough pets from around the galaxy to open his own zoo! 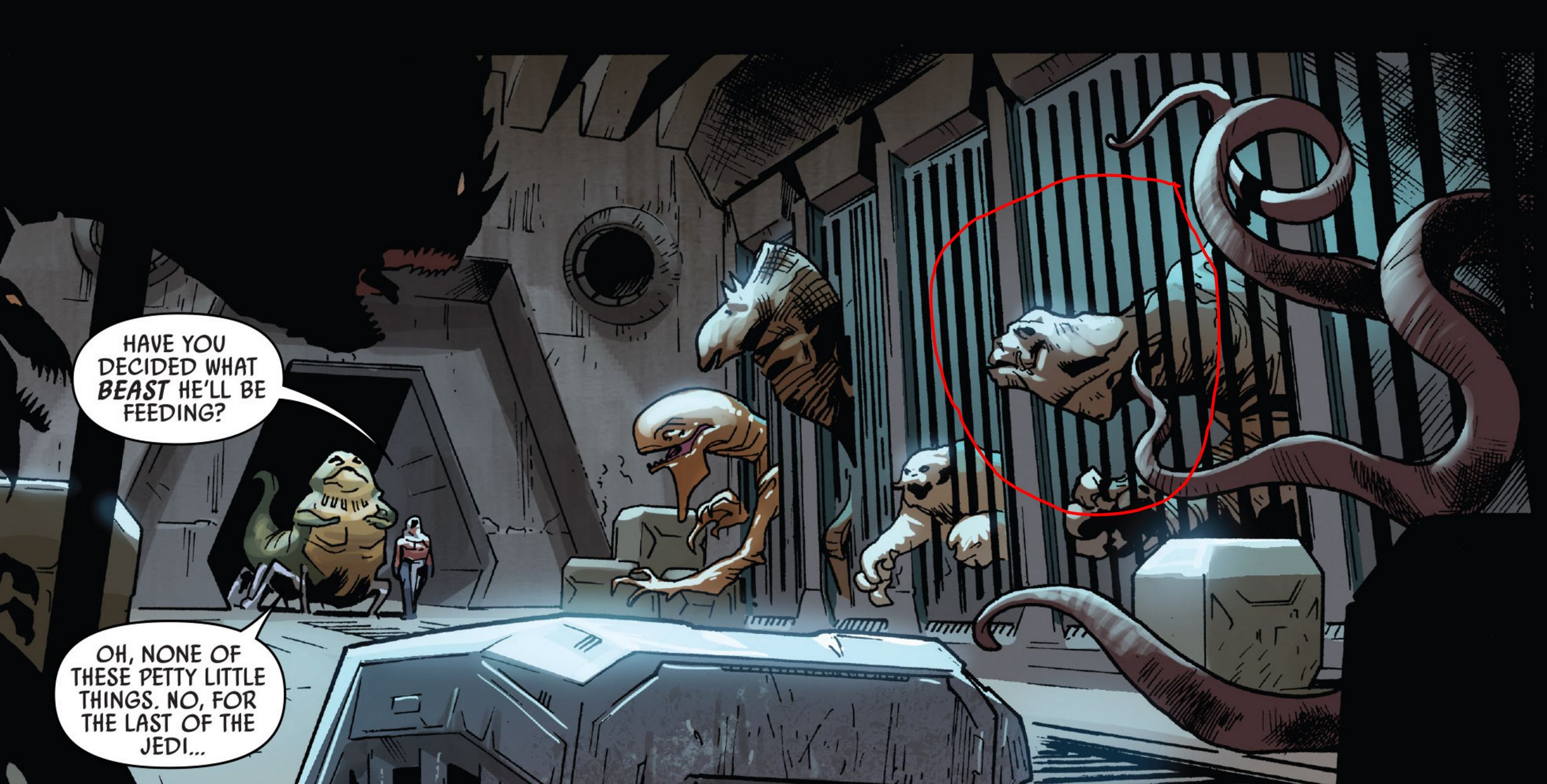 However, this is not a Star Wars show or movie, per se. I can’t find any listed canonical appearances for the others, even in non-film media. Outside of canon, and of course definitely not in a TV series or film, some of these creatures can be spotted. The Mantellian Savrips shows up in Star Wars: The Old Republic: Rise of the Hutt Cartel, for example.

29
What was wrong with the Millennium Falcon in Star Wars Episode V: The Empire Strikes Back?
9
What does Kylo say in the English version (and in the other translations) of “Star Wars: The Force Awakens”?
13
Are there other very common non-invented English names in the Star Wars films other than Ben, Luke and Owen?
3
A brief explanation on who the separatists in the Star Wars prequels are and their relations with the Empire?
1
When do the events of “Heir to the Jedi” and the marvel star wars comic take place in relation to each other?
13
What was this Ralph McQuarrie's concept art about?
28
Are there other characters in the Star Wars universe who had damaged bodies and needed to wear an outfit like Darth Vader?