What does the rudimentary body potion do to you?

Voldemort uses a Rudimentary Body Potion to return to life as a shriveled, scaly man-child horror. 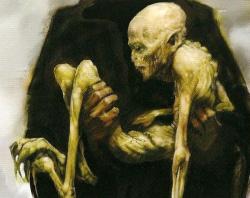 Later on Voldemort has access to a Regenerative potion to bring give himself a true form, but afterwards he looks very similar to a snake. 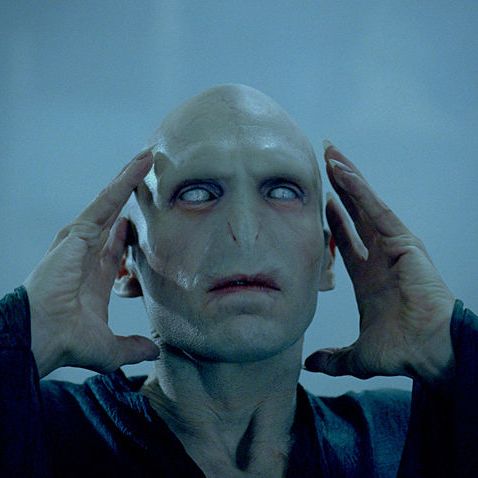 Clearly one of the potions do something other than bring him back to life, because when he possess a normal face: 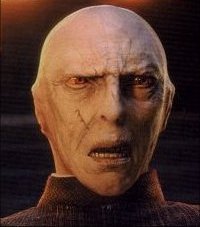 The first potion however uses Nagini's blood, is it this ingredient that provides his new face or is it purely the later that makes him look that way?

Well, I think the confusion comes with mixing movie canon with book canon. In Philosopher's Stone, here's what Harry sees when Quirrell unwraps his turban:

Harry would have screamed, but he couldn’t make a sound. Where there should have been a back to Quirrell’s head, there was a face, the most terrible face Harry had ever seen. It was chalk white with glaring red eyes and slits for nostrils, like a snake.

This was before Voldemort started taking Nagini's venom as part of the potion that restored him to rudimentary form.

In Goblet of Fire, prior to taking the Regeneration Potion, Voldemort is described as looking like this:

The thing Wormtail had been carrying had the shape of a crouched human child, except that Harry had never seen anything less like a child. It was hairless and scaly looking, a dark, raw, reddish black. Its arms and legs were thin and feeble, and its face – no child alive ever had a face like that – was flat and snake-like, with gleaming red eyes.

And after he takes the regenerative potion, Voldemort looks like this:

The thin man stepped out of the cauldron, staring at Harry... and Harry stared back into the face that had haunted his nightmares for three years. Whiter than a skull, with wide, livid scarlet eyes, and a nose that was as flat as a snake’s, with slits for nostrils...

Voldemort didn't have a "normal" face at any time, according to JKR and the books. The difference between Voldemort in the movie Philosopher's Stone and Goblet of Fire is signficant; the former has a rather silly (IMO) Voldemort created with poorly done animatronics or something, while Ralph Fiennes's makeup and prosthetics for Voldemort are far more chilling and sinister. Ralph Fiennes's look is more true to the books.

Anyway, to answer your question about the first potion, Nagini's venom was used, not her blood. It was unicorn blood and Nagini's venom that were essential to the first potion. I don't know if Voldemort's look in the movie Philosopher's Stone was a result of poor planning, of not wanting to scare small children (it is a Chris Columbus film, after all), or of limited technology, but that look is noticeably inconsistent with canon.

Not the answer you're looking for? Browse other questions tagged harry-potter voldemort potions or ask your own question.

2
was Voldemort's body snakelike before his Resurrection?
69
What really happened to Voldemort's nose?
28
When did Tom Riddle get his new face?
12
How Did Voldemort Drink the Regenerative Potion Without a Body?