What is this comic in which Superman fights Death?

In what comic does Superman fight death?

I have tried googling this, and asking on other websites, and no one has been able to give me a correct answer.

I've added photos from the comic it belongs to below, so hopefully that helps. They show Superman on a space ship that’s on the verge of falling into a black hole. He leaves the ship as they both fall into the black hole, and Death appears. 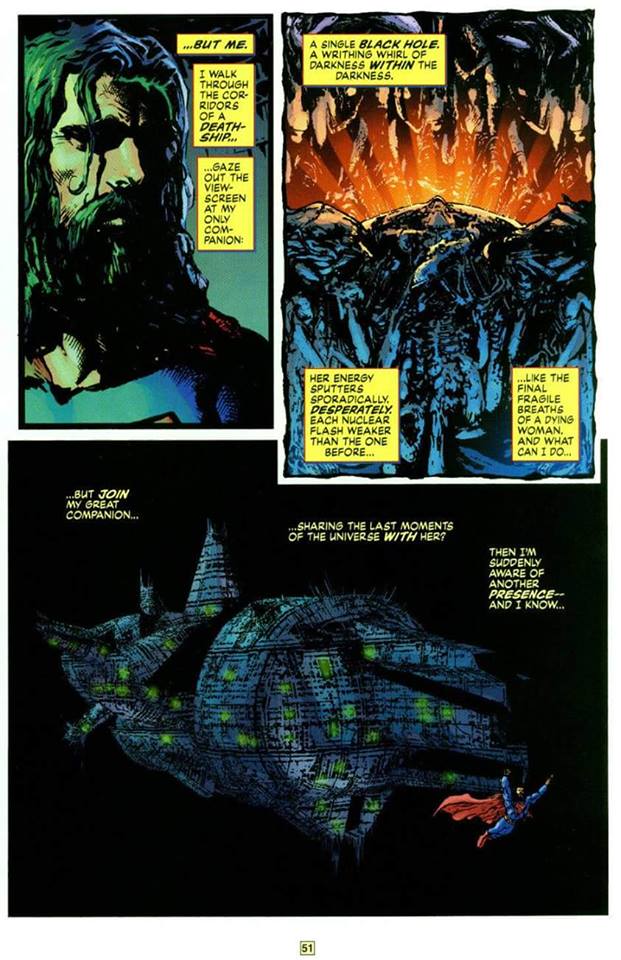 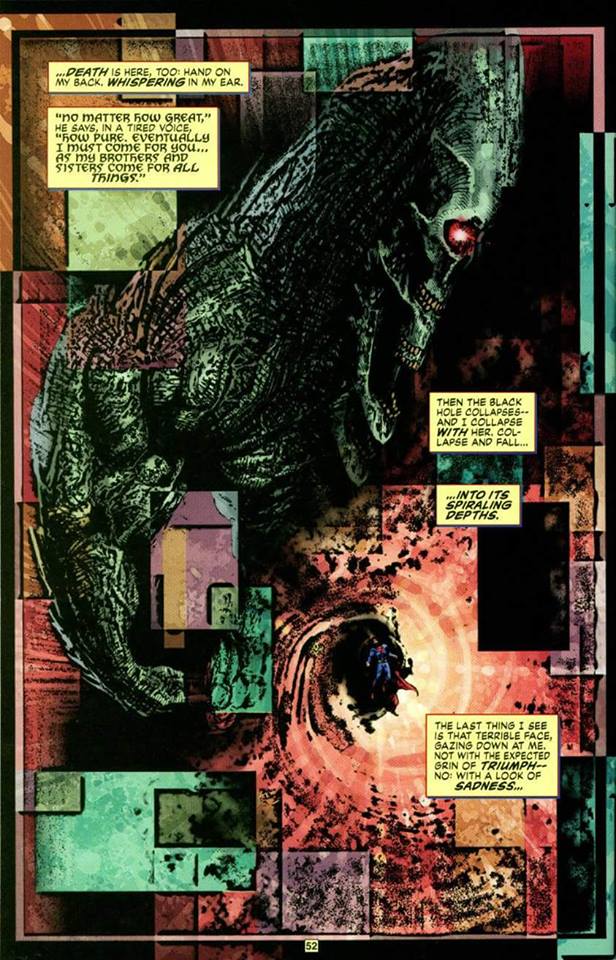 The only reference I can find to Supes actually physically battling death is in Superman - Where Is Thy Sting? released by DC Comics on January 1, 2001.

Death comes for the one person who has the potential to live forever: Superman! Even Doomsday couldn't kill the Man of Steel, and this version of death is hungry to finally claim him!

Superman is thrown into the future, as Death tries to convince him to die. Death is having trouble killing Superman.

Superman sees an Earth where the sun has gone nova and everyone is dead. He goes further, where Superman is the sole survivor as the universe ends, and finally, with the end of existence, Superman ends as well, taking Death with him. 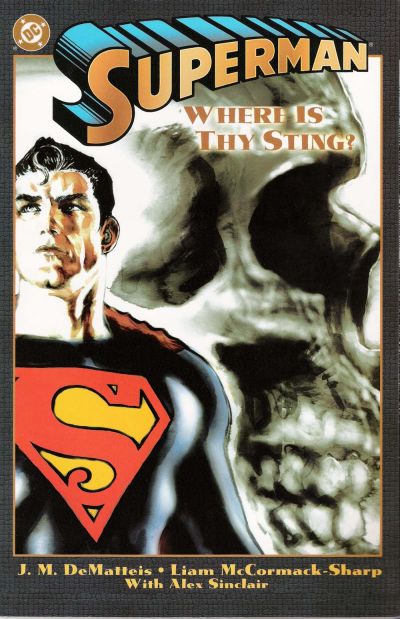