How would the shield gate have “regenerated”?

According to the novelization of Rogue One, the destruction of the shield gate on Scarif was only temporary.

The TIE fighters would concentrate on his flagship once the Empire recognized his intent. But in truth, he didn’t need to hold out long. The shield gate would regenerate swiftly enough; Rogue One’s window of opportunity to transmit would be narrow, and if it closed there would be no other.

However, in the film, it appears to have been quite thoroughly destroyed: 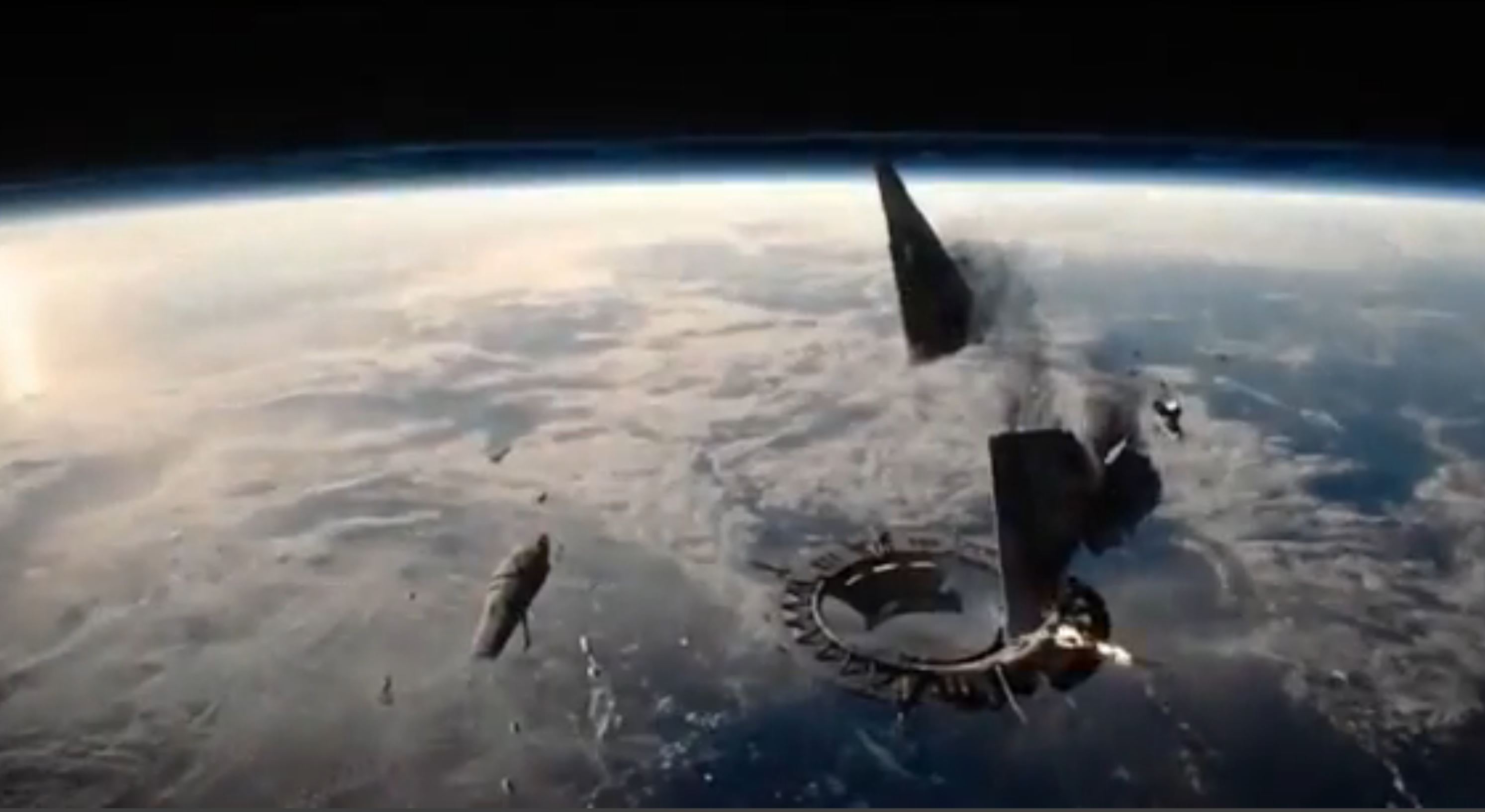 How would the gate have recovered from this massive damage and “regenerated”?

Locked together by cataclysmic devastation, their entwined wreckage plummeted toward the inner ring of the orbital gate station. Where the Star Destroyers struck the energy field, the shield shimmered and radiated and finally broke, dissipating like foam on the crest of a wave.

In the film they went for a more dramatic effect with the entire shield collapsing, not just the gate reopening.

0
What happens to the Shield Gate in the Rogue One novel?
4
Can the shield gate be reopened once it's closed?