Who were the red-robed citizens of Jedha City?

In Rogue One, on the streets of Jedha City, we saw several tall figures wearing almost Imperial-Guard-like robes. Some of them also wore masks and others seemed to have some kind of a helmet under their hoods. They all carried unique staffs. 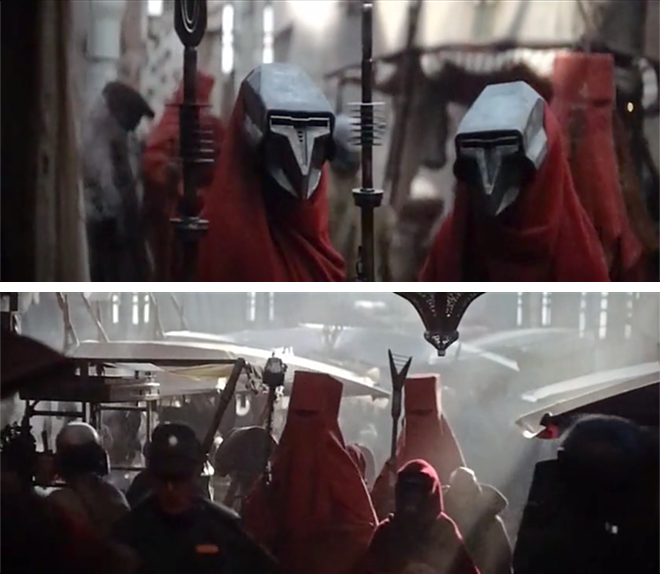 Who were they? Were they related to the Church of the Force somehow? Maybe the novelization or the Visual Guide gives some information.

Additionally, is it possible that at least some of them became the Knights of Ren? One of them is holding a similar kind of a staff.

The novelization seems to imply that they are pilgrims.

The officially licensed trading cards concur, which makes it clear that the novelization is talking about these red-robed pilgrims and not some other ones: 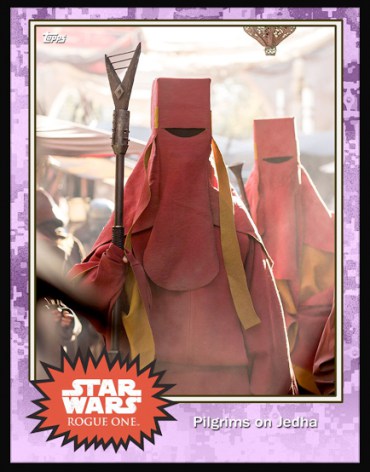 The Rogue One: Ultimate Visual Guide names them as

Killi Gimm, a human Disciple of the Whills 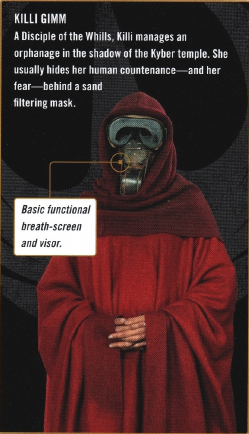 Silvani Phest, an Anomid Disciple of the Whills 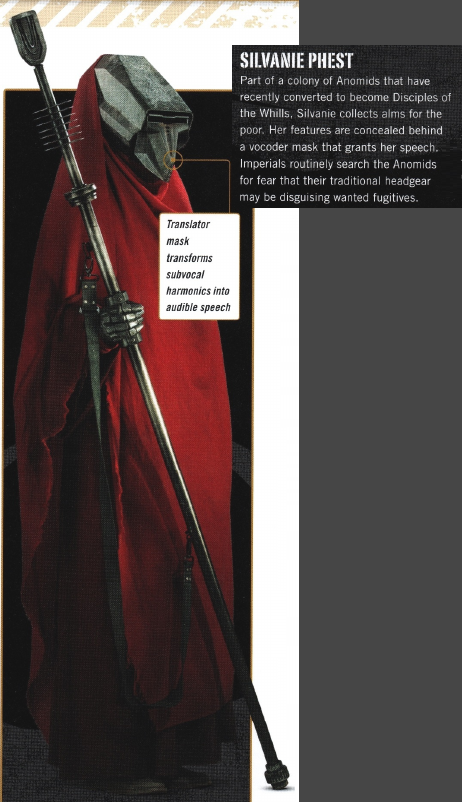 Toshdor Ni, A Lorrdian Devotee of the Brotherhood of Beatific Countenance and his (unnamed) colleague. 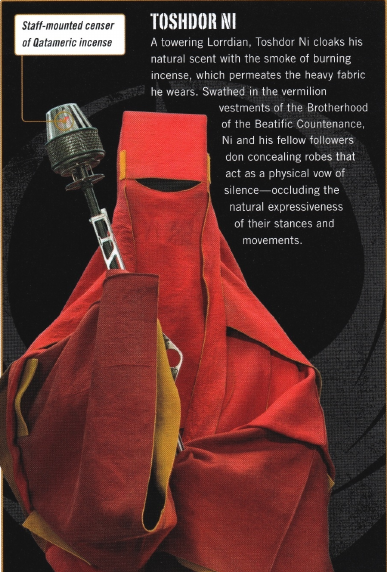 Along with Angber Trel, The High Priest and Omisha Joyo. 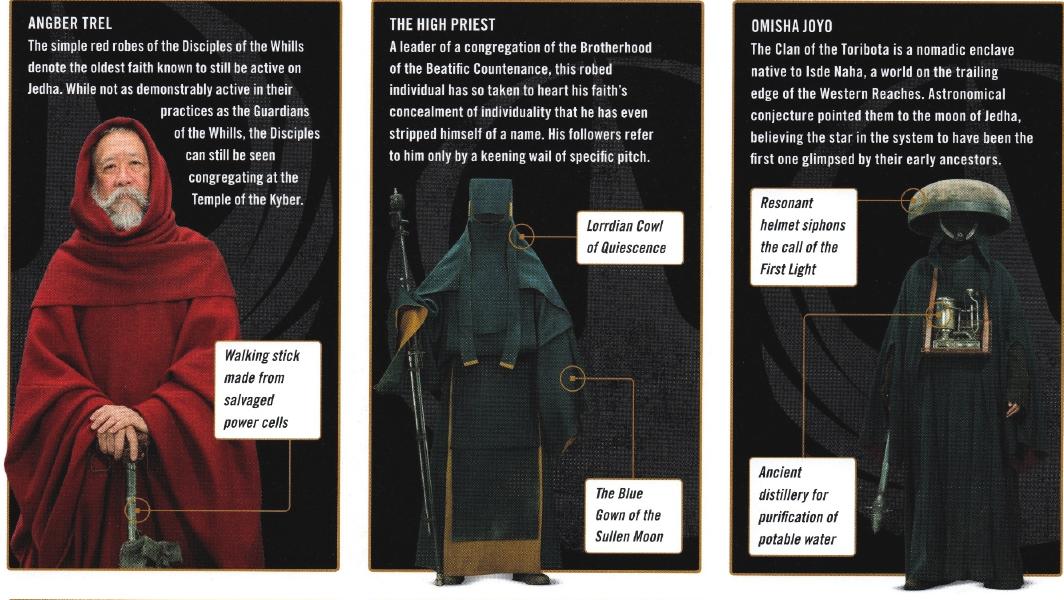 The novelization describes them as pilgrims to Jedha (emphasis mine):

But that's about all we know; earlier in the novel, Jyn remarks that pilgrims from many faiths come to Jedha, so all we can say is that they worship the Force somehow:

[S]he didn't know enough about the local religions to speculate; pilgrims from a hundred faiths came to the moon from across the galaxy, and all of them blurred together into the same pathetic cult, chanting and moaning and squirming under the Empire's boot.

It's certainly possible that some of them became Knights of Ren, but we have no evidence one way or another.

Not the answer you're looking for? Browse other questions tagged star-wars character-identification rogue-one or ask your own question.

10
Who are the red masked guards in the rathtar scene of TFA
11
Who were the Kingsguard escorting Cersei?
27
What's the story behind the fallen statue on Jedha?
8
Was the Jedha temple site inspired by the Acropolis hill?
51
Why were the Red Guards so trusted?
10
Were Asian actors cast for native Jedha citizens for a reason?
7
Who were Cassian and Jyn supposed to meet in Jedha City?
20
Was Obi-Wan Kenobi assuming the same pose of the Jedha statue before he died?
9
What is the name of this grenade used in the Jedha ambush in Rogue One?