Does the Death Star use Kyber crystals as fuel?

When watching Rogue One, I noticed a line where they mentioned that the Death Star was using Kyber crystals as fuel. Other non-canon websites say the same:

In "Rogue One," Galen Erso (Mads Mikkelsen) uses the crystals as fuel to power the Death Star.

In most of Star Wars, Kyber crystals are used as a focus in one way or another, but typically not consumed. Calling them "fuel" implies that the Death Star actually consumes the crystals when firing.

Does the Death Star actually consume Kyber crystals as fuel, or were the characters in Rogue One simply speaking imprecisely?

Yes, the crystals power the Death Star and are "drained" in the process, as per the canon Rogue One prequel novel

According to the databank at the official Star Wars web site, the answer appears to be yes.

DEATH STAR SUPERLASER. Each of the Empire’s Death Stars was built around a terrifying weapon — a superlaser array capable of destroying a planet. According to legend, the ancient Sith used massive Kyber crystals to create superweapons; during the Clone Wars, the Geonosians revived the superlaser design. The Empire constructed the first Death Star in secret for nearly two decades before using it to destroy Alderaan; the second Death Star boasted a more powerful superlaser, with improved targeting sensors and power regulators.

I take this to mean that the Geonosians made a design for a Kyber-based superlaser at the bequest of Palpatine, whose was inspired by ancient Sith legends of massive Kyber-powered weapons.

Furthermore, the canon Rogue One prequel novel Catalyst appears to explicitly mention that the crystals power the Death Star, rather than simply focus it. From a review of the novel:

The parents of Jyn Erso (Felicity Jones) don’t appear much in the film’s promotional material — and don’t expect them to show up for very long in the movie itself. But Catalyst centers mostly on the elder Ersos and how they navigate a professional relationship with Imperial commander Orson Krennic (Ben Mendelsohn) as the Death Star begins construction in secret. Galen (Mads Mikkelsen) is a truly brilliant scientist, plucked from a remote world to receive a top-notch education. His fascination with Kyber crystals — the type that power Jedi lightsabers — gives rise to a theory about how to provide endless sustainable energy to power planets across the galaxy. But as was suspected throughout production on Rogue One, Kyber crystals are also what power the main weapon of the Death Star. Galen’s research gets twisted from innocent energy applications to more sinister ones, and it’s that process which leads the Ersos to flee, setting up the flashbacks to Jyn's childhood in the Rogue One clips.

And now for direct quotes from the novel:

"Galen Erso is one of the Core's most renowned polymaths....At present he is the preeminent authority on crystals and their use in supplying enhanced power."

"Containment," Galen said, finally composed enough to look at him. "The Kyber will submit to pressure up to a certain point before the output becomes impossible to harness. Untamable. Even this level of destruction is trivial compared to the raw destructive power the crystals are capable of unleashing."

Orson was still celebrating the fact that the power yield of the altered Kyber crystals had been amplified beyond any of his team members' expectations....

I would say this confirms that crystals themselves, albeit in an "altered" form, are the "fuel" — they are subjected to great pressure until they release the destructive energy that is channeled into the superlaser. Regarding whether they are "consumed", the novel mentions that they are

"drained of their inherent power"

by the process. In other words, the Death Star laser eventually leaves the crystals in a spent state.

I just finished playing the game "Star Wars the Force Unleashed" and this is where I get most of my points from.

So Kyber crystals are a crystal right, they could not be used as fuel because of their melting point and the fact the death star runs of of beams of energy (possibly light) meaning it probably uses electricity.

Kyber crystals refract light, that is why they are used in lightsabers. They take the raw energy and direct it making the blade of a lightsaber.

In the game "Star Wars the Force Unleashed" it actually showed the inside of the death star and explained how it worked to you. Granted, it is a game and not the movie but it is official so it has some merit. In the game they said it used 64 "energy beams" split into 8 groups, each beam group having 8 smaller beams directed through each other creating one beam group (one of the 8 seen on the outside dish when firing), those beams then create the massive beam that destroys planets. 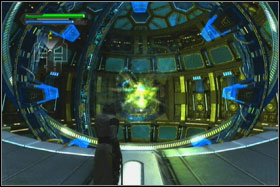 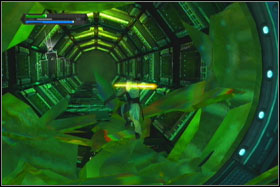 Based on all of this I would say the kyber crystals are used to refract and make the death star beam stronger and more powerful. They use the term "fuel" loosely in the movie because they would have no way of truly knowing how it works without the plans.

14
What does Chirrut mean by "The strongest stars have hearts of kyber?"