How vegan is the Vulcan diet?

Vulcans are widely known to be vegetarians--I think simply out of a respect for all life forms. However, they can still eat meat and do so when no other nourishment is available, such as after a crash landing or being marooned on an icy moon.

But how strict are they in their regular daily diet?

From the section "Mr. Spock" in The Making of the TV Series Star Trek by Stephen E Whitfield and Gene Roddenberry:

A basic tenet of the Vulcan philosophy is nonviolence. Vulcans do not believe in killing in any form. They may hunt for the skill involved in tracking but eons ago ceased to kill the animal they are tracking. As a vegetarian, the mere idea of eating animal carcasses, cooked or not, is revolting to Spock. Even his vegetable diet is limited to the simplest of vegetable life forms.

While this does not imply a purely vegan diet, the insistence on only the simplest vegetable life suggests that eggs would not typically be consumed, but that milk and cheese might be.

Replicated food, since it was never alive, might be a loophole, but I can't think of anywhere we've seen a Vulcan taking advantage of that.

All signs point to Vulcans being vegetarian rather than vegan.

Tuvok was getting ready to eat Porakan eggs in an episode of Voyager. He shows no apparent disgust at the idea, other than his usual jibes about Neelix' erratic cooking skills.

NEELIX: The most flavourful eggs in the sector. Scrambled with a little dill weed, a touch of rengazo, a galactic favourite. Now, these eggs were not easy to prepare. After we picked them up on Porakas Four, I had to sterilise them in a cryostatic chamber for three days. Then each and every one had to be parboiled

TUVOK: Mister Neelix, I would prefer not to hear the life history of my breakfast. 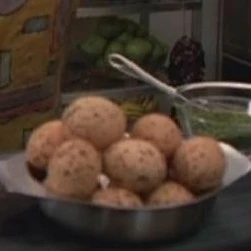 Quark serves a platter of Jumbo Romulan Mollusks to a Vulcan lady. He seems quite knowledgeable about Vulcanian eating habits and has clearly planned the evening with great care.

QUARK: (continuing) ... starting with plomeek soup, which I know is a traditional Vulcan favorite... followed by Jumbo Romulan mollusks... you can't get those back on Vulcan anymore, can you... 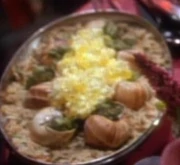 Additionally, there are innumerable references to the Vulcans being vegetarians but never a mention of them being vegans.

31
How realized is the Vulcan language?
12
Where Was Vulcan?
23
When Did Vulcan Naming Convention Change?
115
Is there a Vulcan funeral blessing?
4
Can the Vulcan nerve pinch kill someone?
8
How to protect yourself from a Vulcan nerve pinch?
14
What is the in-universe origin of the Vulcan salute (within Vulcan culture)?
3
Vulcan Anatomy (Heart)