Do the Jedi and the public know that Count Dooku is also Darth Tyranus?

Beacause the Jedi don't seem to recognize that Count Dooku is a Sith. Like Ki-Adi-Mundi said that he's a political idealist, not a murderer. Besides, in the movies he continued to call him Dooku.

Initially, no one knows

To begin with, definitely not. Neither the Jedi nor the public knows that Dooku is a Sith (let alone that he’s Darth Tyranus). They don’t even think he’s a bad person:

MACE WINDU: You know, M’Lady, Count Dooku was once a Jedi. He wouldn’t assassinate anyone, it is not in his character.

KI-ADI-MUNDI: He is a political idealist, not a murderer.

Attack of the Clones

By the end of the film, the Jedi are certainly aware that he uses the dark side, since (among other things), they see him wielding a red lightsaber, and using Sith lightning: 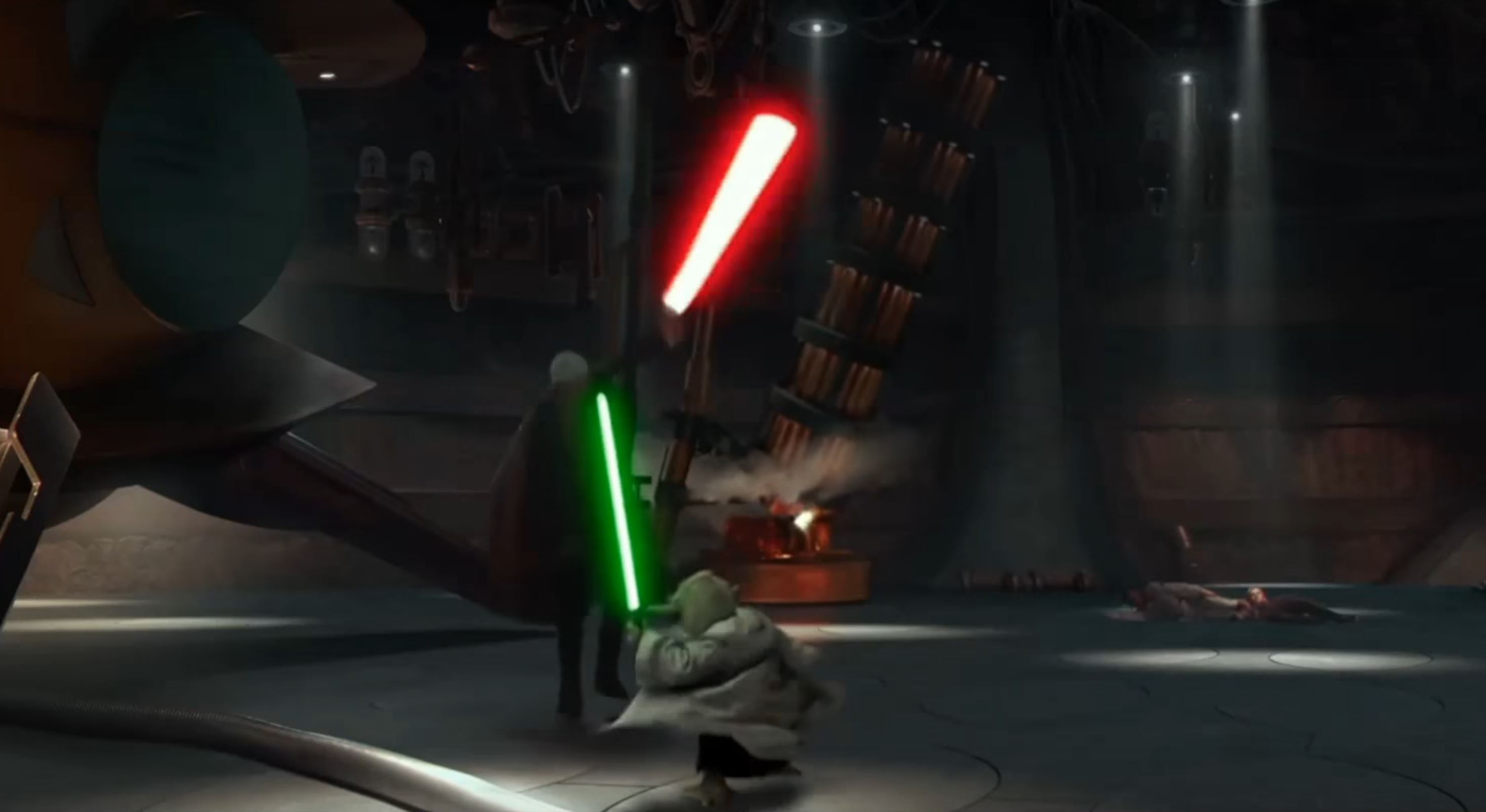 It would be a little odd if they didn’t realize from the Force lightning that he was a Sith, not just a Dark Jedi.

OBI-WAN: Tyranus? You are the man called Tyranus?

DOOKU: I told you everything you needed to know on Geonosis all those years ago, Kenobi.

Recall that in the film (as opposed to the script), Fett merely says that he was recruited by “a man called Tyranus,” not “Darth Tyranus.”

If they weren’t aware after “The Lost One” that Dooku was Darth Tyranus (as opposed to a Sith Lord who occasionally went by Tyranus), they almost certainly would have been after the events of Dark Disciple, when Quinlan Vos temporarily went over to the dark side as Dooku’s apprentice. He heard the term “Darth Tyranus” used.

“Darth Tyranus,” intoned Count Dooku’s Master. Even though he wasn’t physically present, the simple sound of his voice—rasping, papery somehow, like the rustling of ancient parchment—sent a shiver through Ventress. This man was steeped in the dark side of the Force, saturated with it, in a way that she was certain Vos, perhaps even Dooku, had never been. She tightened her grip on her lightsaber.

The public probably doesn’t know much

We know that at least Palpatine is expected to know about the Sith, since Obi-Wan and Anakin don’t express any surprise when he says this:

PALPATINE: Get help! You’re no match for him. He’s a Sith Lord.

As for the public at large, probably not. They didn’t even know much about Jedi: knowing about Sith Lords would have been surprising. I don’t recall the phrase “Sith” being used by anyone besides the Jedi, Palpatine, Dooku, Maul, and Sidious’s top Trade Federation confederates, so there’s not much evidence to suggest even the Senate knew it.

Had the public believed he was a Sith Lord, though, it might well not have seriously affected their perception of him. To all but the Jedi and those closest to them, being a Sith Lord might well have seemed a religious difference, as some (such as Tarkin) perceived it.

Tarkin often wondered if that wasn’t the actual reason Palpatine had been targeted for arrest or assassination by the Jedi. It wasn’t so much that the Order wished to take charge of the Republic; it was that the Jedi couldn’t abide the idea of a member of the ancient Order they opposed and abhorred emerging as the hero of the Clone Wars and assuming the mantle of Emperor.

Sure, the Sith did some nasty things 1000 years before the prequel trilogy, which are probably in the history books, but it’s not clear how widely known those are, nor what public perception of them is (are they recorded as wars or massacres?). Besides, people rarely care about what atrocities a country or group committed a millenium ago.

You ask about the Jedi and the public, so I shall answer those separately.

I doubt the Jedi considered him a Sith, because as you put it, they thought he was a political idealist and therefore not easily corrupted. They should have considered it possible he was a Sith Lord since they quickly identified Darth Maul as one, and because of the Rule of Two, they guessed at least one other Sith Lord was out there.

No, the general public would not know he is Darth Tyranus. Just as Darth Sidious maintained a public persona of a wise and stalwart defender of the Republic, Count Dooku probably presented himself as a political idealist willing to lead independent systems away from the corrupt Republic. If the public thought he was a corrupt Sith Lord, how many of them would have joined his cause or accepted him as their leader?

Not the answer you're looking for? Browse other questions tagged star-wars sith revenge-of-the-sith attack-of-the-clones darth-tyranus or ask your own question.

66
Why did the Jedi serve a corrupt Republic?
10
Why did Chancellor Palpatine reveal to Obi-Wan that Count Dooku was a Sith Lord?
8
Why would the Jedi not go public with their knowledge of the Sith, especially Count Dooku?
1
Why did Dooku not reveal to the Jedi and the public that he is Darth Tyranus?
2
Does Tyranus consider himself separate from Dooku?