Was Wedge Antilles present at the climax of Rogue One?

Due to Rogue One being set close in time to Episode IV,

we see the original Red Five die at the battle of Scarif leaving the call sign available for Luke.

But, was Wedge Antilles part of Red Squadron at this point? If so, would he logically have taken part in the battle? We know there are survivors such as Red and Gold leader.

I can understand the actor not wanting to reprise his role, but was the character technically present?

I don't think Wedge is involved in the battle.

Reason for saying so was that in ANH, Wedge (Red 2) can be heard saying "look at the size of that thing", suggesting that being the first time he saw the Death Star. 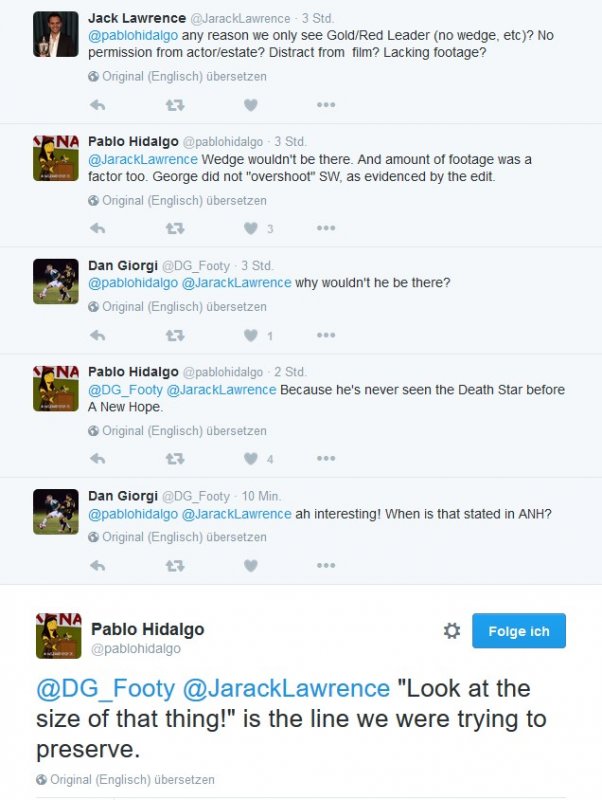 No, Wedge was not involved at Scarif

It's not known if he was part of Red Squadron yet, but Pablo Hidalgo, a continuity and story development executive with the Lucasfilm Story Group, confirmed on Twitter that he wasn't involved in the battle: 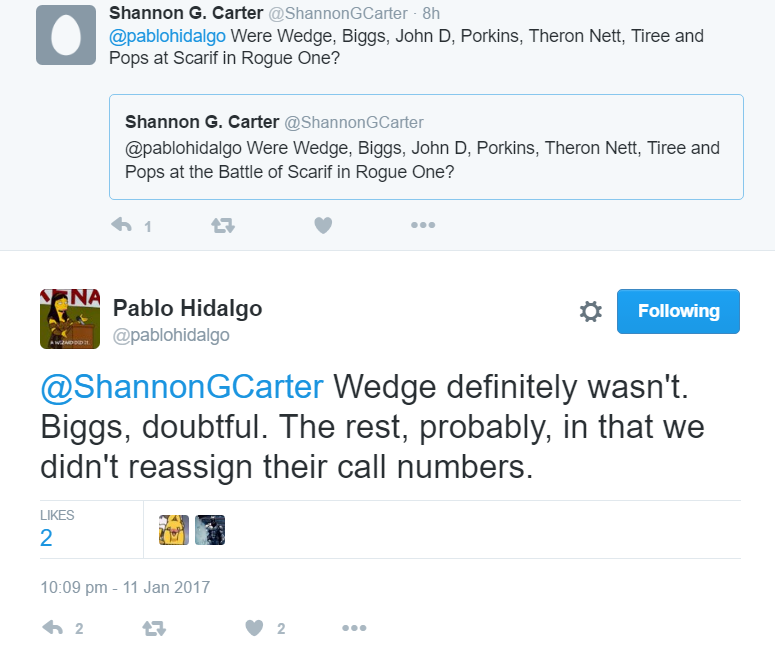 He may have been on Yavin

As I mentioned in a comment on the question, David Ankrum, the original voice actor for Wedge1 had a brief voice cameo, as revealed in an interview with sound designer Matthew Wood:

Following his tendency to use the same handful of actors for the vocal roles, Wood has brought original 1977 "Star Wars" actors on board to use their voices for "Rogue One," such as Angus MacInnes and David Ankrum, who played Gold Leader and Red Two in "A New Hope."

Ankrum himself revealed on Twitter that he could be heard over the public address system at Yavin base: 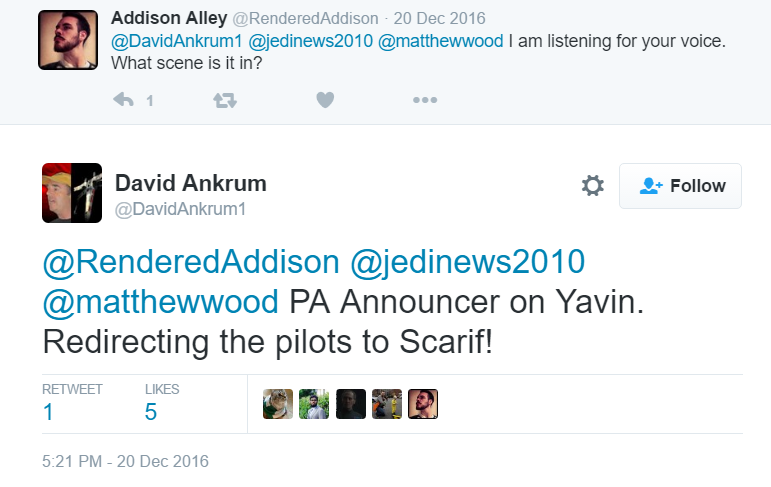 @RenderedAddison I am listening for your voice. What scene is it in?

@DavidAnkrum1 PA Announcer on Yavin. Redirecting the pilots to Scarif!

Whether or not Ankrum's voice is meant to be Wedge is, as far as I know, unknown; Ankrum himself claims as much in his Twitter biography, but it hasn't been confirmed by more official sources as far as I know.

1 Random Star Wars trivia time: Wedge was portrayed in body by two actors: Colin Higgins (in the briefing scene) and Denis Lawson (in the Death Star battle itself), but both actors' lines were overdubbed by David Ankrum

Wedge was not in the battle but I assume he would have been part of the rebel alliance at that time. He was just elsewhere.

Apparently, yes. The IMDB trivia page for the movie says "A call for a Captain Antilles can be heard as the rebels prepare for their assault on Scariff."

16
Is Wedge Antilles related to Captain Antilles?
70
Why did Red Squadron give their call signs in random order?
2
Did the Alliance and the Empire ever fight a common enemy outside of Shadows of the Empire?
22
Who was the mentioned jedi in the Rogue One movie?
8
Why did only Red and Gold Squadrons return to Yavin IV?
30
Does this cut material from Rogue One still appear in the novelisation?
9
What was that creature in Rogue One?
9
What's happened to Wedge Antilles in the Sequel era?
11
Prior to Cloud City, did Vader know that Han and Leia were “friends” of Luke?