What is the most Earth-like planet in the Star Wars galaxy?

In the Star Wars universe, which planet resembles Earth the most, considering these factors:

That said, of the named planets, Corellia seems to have the greatest canonical evidence of being like Earth.

Another plausible contender for “most Earth-like” is Alderaan, which, although primarily mountainous, can be seen to have oceans, and has also be confirmed to have rain forests.

Lothal is another possibility. As we can see from this image of Lothal, it has decently large bodies of water, and otherwise seems to resemble Earth. 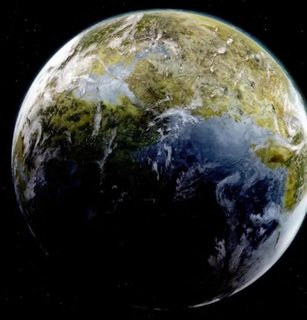 According to the sourcebook Nexus of Power, it has such varied terrain as savannahs, freshwater seas, small mountains, and prairies. However, it is not very urbanized.