What actually happened to Mad-Eye Moody in “Deathly Hallows”?

It is said that Alastor "Mad-Eye" Moody died during the 'Battle of the Seven Potters', but Ron said that it was possible he didn't. Bill said that he saw a green light (avada kedavra) used on him, but he was under attack, so he could have seen wrong due to the pressure of the situation. They also didn't find his body, so he could have run away.

Is there any proof that Moody actually died?

Per the Pottermore article on Moody. 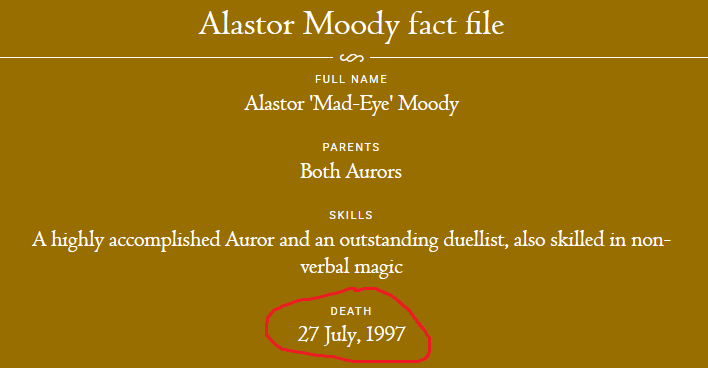 Note that even if he wasn't already dead (as a result of the killing curse) he'd have perished in the fall since he had no wand with which to cast a spell like arresto momentum.

‘But Bill saw him hit by the Killing Curse,’ said Harry.
‘Yeah, but Bill was under attack too,’ said Ron. ‘How can he be sure what he saw?’
‘Even if the Killing Curse missed, Mad-Eye still fell about a thousand feet,’ said Hermione, now weighing Quidditch Teams of Britain and Ireland in her hand. ‘He could have used a Shield Charm –’
‘Fleur said his wand was blasted out of his hand,’ said Harry.

Pottermore lists Moody's death as 27 July, 1997. It doesn't get more canon than Pottermore.

Not to mention that Umbridge had Moody's eye in her door in the Ministry (this isn't shown in the films).

In the Deathly Hallows we see the door Umbridge's room is decorated with a particularly familiar eye: 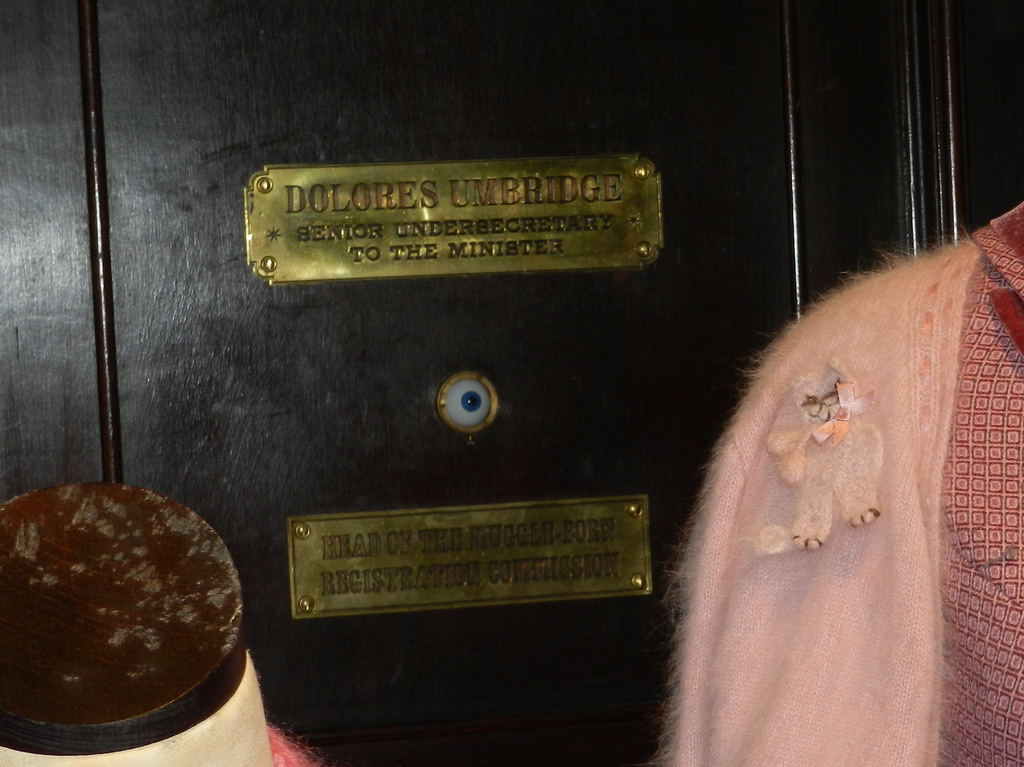 In the books, she uses it to spy on her employees, using a telescope-like thingy mounted on the inner side of her door. Harry & Co take the eye out when they leave the Ministry, and bury it under the oldest and strongest tree they can find.

There are several reasons why one would think that Mad-Eye Moody died.

“We were just talking about Mad-Eye,” Ron told Harry. “I reckon he might have survived.”
“But Bill saw him hit by the Killing Curse,” said Harry.
“Yeah, but Bill was under attack too,” said Ron. “How can he be sure what he saw?”
“Even if the Killing Curse missed, Mad-Eye still fell about a thousand feet,” said Hermione, now weighing Quidditch Teams of Britain and Ireland in her hand.
“He could have used a Shield Charm —”
“Fleur said his wand was blasted out of his hand,” said Harry.
“Well, all right, if you want him to be dead,” said Ron grumpily, punching his pillow into a more comfortable shape.
“Of course we don’t want him to be dead!” said Hermione, looking shocked. “It’s dreadful that he’s dead! But we’re being realistic!”
(Harry Potter and the Deathly Hallows - Chapter Six)

However, the main problem with him being alive is that he never appears again in canon, and Rowling has given no indications that he is still alive. So it's probably safe to assume (like all the characters do) that Mad-Eye dies, but there is no actual proof.

Out-of-Universe, the name of the chapter is Fallen Warrior, and Mad-Eye's death does serve a purpose in setting the tone of the story. These would all indicate that Mad-Eye died, but again not actual proof.

In Harry Potter and the Deathly Hallows, re-read the part where they go to Gringotts to get Hufflepuff's Cup. Just as they arrive in Diagon Alley, there is a description of all these poor wizards kind of begging for money. There's this one description of a guy holding a hand over a bloodied eye-eye socket. As soon as I read this I thought it might have been Mad-Eye.

A number of ragged people sat huddled in doorways. He heard them moaning to the few passersby, pleading for gold, insisting that they were really wizards. One man had a bloody bandage over his eye.

I’m starting to think that he may have lived. The main reason is that when Dumbledore died, his freeze jinx that he put Harry (at the top of the tower) broke as soon as he dies. Also, the fact that he was secret keeper got transferred to everyone he had told the secret to. So from that we know that enchantments break when the wizard/witch dies. But the tongue tying jinx and the Dusty Dumbledore both still work when the trio go to #12. It’s possible that Voldemort had Death Eaters patrolling for anyone that was injured/stunned and falling. Then that could save their own people and capture any Order members. It wouldn’t be hard to take Madeyes eye- it was already done in Goblet of Fire and that was only one Death Eater.

38
Which Harry Potter works are considered canon?
7
Why did Witches and Wizards in Harry Potter need wands to perform magic well?

30
How Did Umbridge Get Moody's Eye?
13
Was Mad-Eye Moody's Recumbent Broom a Help or Hindrance In the Battle of the Seven Potters?
3
Was Mundungus Fletcher a Full Member of the Order?
32
Why was Harry casting shield charms against Voldemort in the Battle of Hogwarts?
41
Could the Horcruxes be destroyed with Avada Kedavra?
7
Could Avada Kedavra be used as a non-lethal attack?
17
Why wasn't Crouch Jr/Mad-Eye Moody sentenced to Azkaban for casting the Imperius Curse on students?
16
How could a memory (Tom Riddle) have performed Avada Kedavra?
42
Why didn't Lupin warn Harry not to use Expelliarmus in DH - The Seven Potters?
5
What did Lupin want Harry to use against Stan Shunpike in Deathly Hallows?