Why is the first book of the Silo series called Wool?

The first bool of Silo series is called Wool. 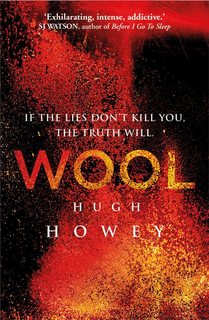 In France, it is simply called Silo. 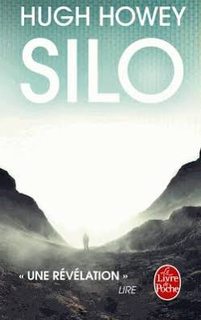 I may have missed something in the story because I don't remember any reference to "sheep hair"... So what does Wool mean for the first book?

Per these interviews with series author Hugh Howey, there were a variety of out-of-universe connotations for the word "Wool".

Howey: There are quite a few meanings behind the title of the series. There’s the old phrase “Pull the wool over my eyes,” which is the question raised by the wallscreens. What is really out there? Who is being deceived? Or are they? There’s also the allusion to sheep, those metaphorical blind followers who just do what they’re told, go where they’re told to go, never question. A third meaning has to do with humans being compared to sheep when we are taken advantage of or “fleeced.” All of these readings have contemporary parallels, and all are fully intended. Readers with the print editions might notice a hidden clue here and there among the page numbers.

The cover of the first WOOL is meant to highlight these multiple meanings. I’ve only pointed this out to a few people (I prefer to let readers discover these things on their own), but if you look at the center of the cover, the two ‘O’s look like eyes staring out at the beautiful world beyond. Is the wool pulled down over what we see? Or do we see through it? I really hope the answer to this question bounces back and forth for the reader as they progress through the story.

Q: We understand the importance of wool in the story but how did you go about choosing that as the title?

*HH: It comes from the saying “to have the wool pulled over your eyes.” It’s all about deceit.

It's worth noting that wool (sheep's hair) does make an appearance in the early pages of the first book, used to clean the cameras.

The people inside couldn’t bear to watch what they’d done—or maybe they wanted to come up and enjoy a nice view without seeing what it took to get it. But Holston had watched; there was never any doubt that he would. He couldn’t see Allison’s face through her silver-masked helmet, couldn’t see her thin arms through the bulky suit as she scrubbed and scrubbed with her wool pads, but he knew her walk, her mannerisms. He had watched her finish the job, taking her time and doing it well, and then she had stepped back, looked in the camera one last time, waved at him, then turned to walk away

Holston nodded, but he knew there wasn’t any “book.” Of all the mystic oral traditions passed through silo generations, none matched the cult-like intensity of the suit makers and the cleaning techs. Everyone gave them their space. The banned might do the physical cleaning, but these were the people who made it possible. These were the men and women who maintained the view to that wider world beyond the silo’s stifling confines.

Nelson placed the helmet on the bench. “You got your scrubbers here.” He patted the wool pads stuck to the front of the suit.

Holston pulled one off with a ripping sound, studied the whorls and curls of the rough material, then stuck it back on.

In each of the books, certain characters are introduced to a secret. They learn that the silo is merely one of a variety of silos and are inducted into 'Operation Fifty of the World Order' or, to put it another way, World Order Operation Fifty. If you then replace the number fifty with the Roman numeral L you get the acronym W.O.O.L.

This supposition was confirmed by the author in an online post:

Q. Here’s my guess for the WOOL acronym. In book five, when Lukas is talking to Sil0 1 he’s welcomed to “Operation Fifty of the World Order”. The Roman numeral for fifty is “L”, so the acronym would be “World Order, Operation L”. How’d I do Hugh?

HH: I believe you’re the first to find and share the quote. I’d say you did pretty damn well!

Q. I’ve always meant to ask, and have never read anywhere–what is the significance of the title, “Wool”? I remember the references to knitting (Wool 2?) but still wonder. The inhabitants are sheep?

LL: I’ll have a guess at that before Hugh answers. Its either a reference to “Pulling the wool over your eyes.” or one of those nifty wool patches used to clean the lenses on the silo.

Not the answer you're looking for? Browse other questions tagged wool or ask your own question.

11
What is the cataclysm that befalls Earth in Wool?
6
Short story source for “Wool”
7
What was the purpose of the servers in each silo?
4
Is there a competition between all the Silos?