Were the Stormtroopers on the Death Star ever intended to be a ground assault force?

This made me wonder, were the Stormtroopers on the Death Star ever intended to be a ground assault force? I could see this being useful if the Death Star enters a system, threatens to blow it up, and then when they surrender choose instead to invade it.

Disney canon answers are preferred, but I will accept Legends answers. An ideal answer would include both.

Yes, the Stormtroopers on the Death Star were intended to be capable of ground assault, or at least to board and take over ships. Their armor and guns are evidence of this. That kind of armor and sidearm combo really shouldn't be necessary for a mere security detail; they were equipped for combat. Soldiers who are trained for combat will often wear their full uniform (including armor, guns, etc.) when they are on active duty, especially in hostile territory, even if they are in their own base and have no reason to believe they will be going to combat any time soon. The Stormtroopers on the Death Star were just soldiers stationed on a mobile military base, prepared to be deployed into combat whenever necessary. 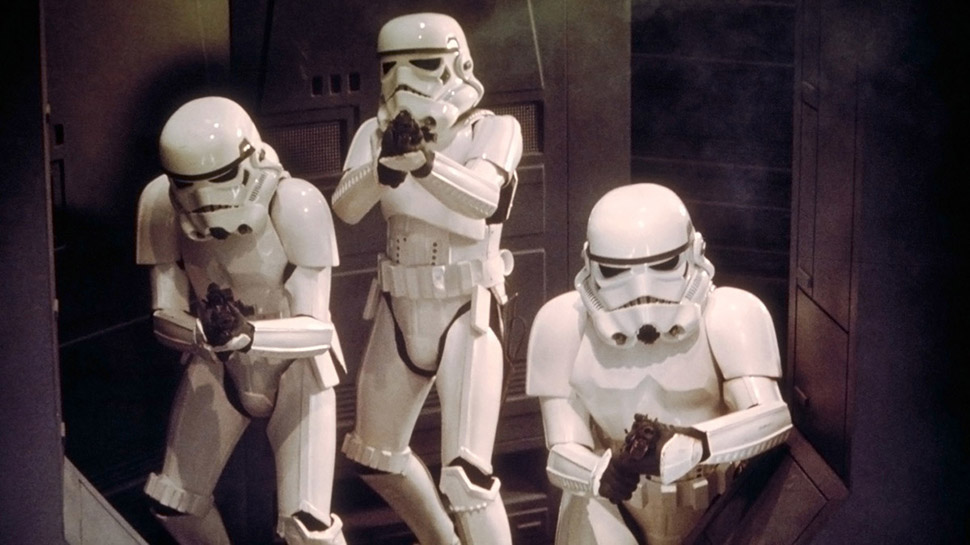 Stormtrooper comes from the German word, Sturmtruppen, which means "assault trooper." These were WWI soldiers who specialized in infiltration tactics.

Judging by the repeated use of nomenclature to match real world examples of German soldiers, it seems obvious to conclude that anyone identified as a Storm Trooper in Star Wars likely was trained, equipped, and prepared to perform the duties that we would normally associate with a Stormtrooper in the real world. Yes, anyone called a Stormtrooper should be trained for ground assault.

Yes the emperor states, this base is fully operational. Maybe you blow up Alderaan, zap Yavin out the sky (successfully this time) and then have a moon sized base full of laser totin' stormtroopers to zip around and subjugate the galaxy with since because after all that who's not going to surrender?

Not the answer you're looking for? Browse other questions tagged star-wars star-wars-legends a-new-hope rogue-one death-star or ask your own question.

4
Is there an explanation for the large number of storm troopers?