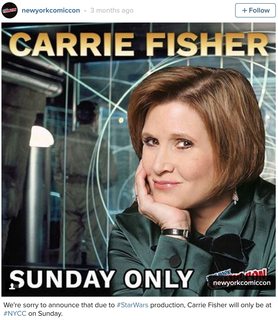 28
How were the scenes featuring Princess Leia in The Rise of Skywalker filmed?
5
Was Rogue One not a Star Wars Episode movie?

9
Why did the senate freak out upon hearing that Leia was Vader's daughter?
22
Why do the new Star Trek series have so few episodes in each season?
2
Is the character Carrie Fisk from The Expanse inspired by Star Wars?
8
Is there an in-universe reason how Princess Leia kept herself and her hair so tightly groomed during the events of the Star Wars movies?
28
How were the scenes featuring Princess Leia in The Rise of Skywalker filmed?
7
What happened to the plans for a 3D re-release of Star Wars?