How many Tie-Fighters can a Star Destroyer carry?

Watched Rogue One today and was wondering how many Tie-Fighters a Star Destroyer can carry?

Is there are any official data about it or some information to approximate the number?

According to the Ultimate Star Wars factbook, Imperial I-Class Star Destroyers can apparently field up to 72 TIE/LN fighters. 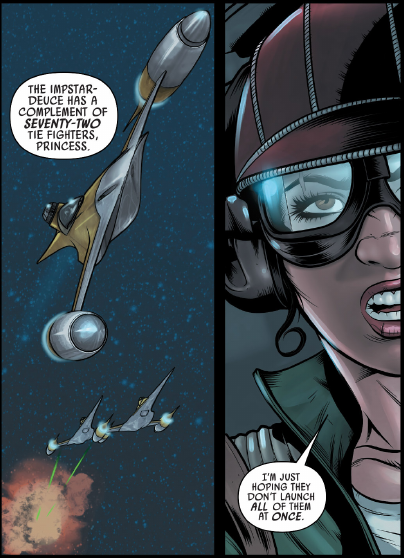 Moving down the canon scale, we learn in the Essential Guide to Vehicles and Vessels factbook that the Imperial I-Class Star Destroyer's fighters are typically arranged into smaller squadrons. The vessel also fielded a range of other support craft.

And from the same source we learn that Vader's Super Star Destroyer, the Executor had two full wings of TIE Fighters, a total of 144.

Bristling with over a thousand weapons, including tur- bolasers, concussion-missile tubes, tractor-beam projectors, and ion cannons, Super Star Destroyers wielded awesome firepower. They held two full wings of TIE fighters, for 144 ships, as well as 200 other combat and support ships.

And we learn from the Starships of the Galaxy RPG Rulebook that the Victory-II Class Star Destroyer has a small wing of just 24 fighters.

10
Why were there so few TIE fighters during the Battle of Exegol?

10
How many official "Republics" are there in the Star Wars universe?
15
Where do TIE Fighters generate thrust?
16
How did Finn's TIE fighter destroy the turbolasers on the Star Destroyer?
14
How many Star Destroyer hulks are there on or around Jakku?
55
Where did the idea that TIE Fighters are weak and disposable come from?
7
How many TIE fighters did the Death Star launch in the Battle of Yavin?
4
How many rebel ships were at Eadu, compared to the Death Star run?
7
Which would win in a battle between a Mon Calamari star cruiser and an Imperial Star Destroyer?
10
Why do Rebels have so many [Letter]-Wing Fighters?
10
Why were there so few TIE fighters during the Battle of Exegol?