Why doesn't Spider-Man's web stick to his hands?

Why does Spider-Man's web stick to objects, but not to Spider-Man's hands? When he shoots a strand out, it sticks to buildings. He grabs the strand and swings, and is able to let go. How is this possible?

He has several kinds of webbing; the stickiness has to do with how it's formed.

There's lots of info on how his shooters work on the Marvel Wiki, but to break it down:

Take a look at the Web-Shooters page on the aforementioned Wiki; it basically says what he has said a few times in the comics; they have settings that allow him to adjust what he shoots.

The effect of the very small turbine pump vanes is to compress (shear) the web fluid and then force it, under pressure, through the spinneret holes which cold-draws it (stretches it: the process wherein nylon gains a four-fold increase in tensile strength), then extrudes it through the air where it solidifies. As the web fluid exits the spinneret holes, it is attracted to itself electrostatically and thus can form complex shapes. The spinneret holes have three sets of adjustable, staggered openings around the turbine which permit a single web line, a more complex, spun web line, and a thick stream. 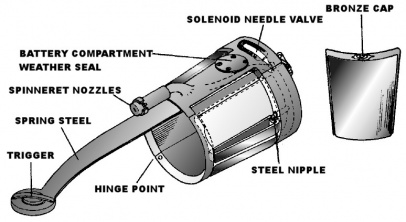 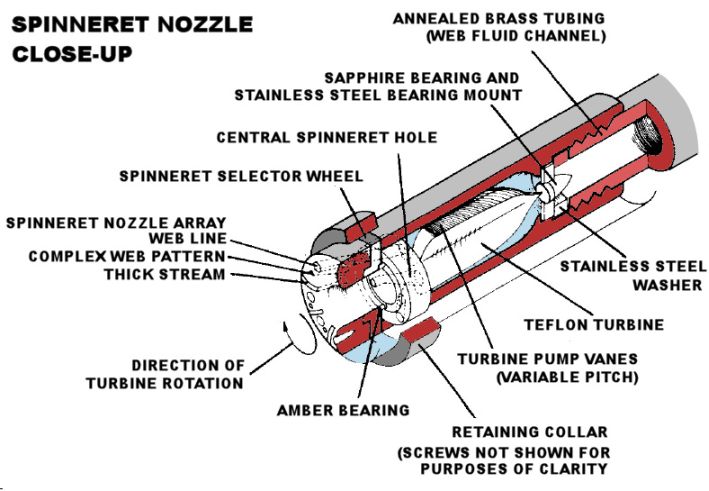 So, what we have is:

What he swings on is the 'Spun Web Line'; it's extruded in such a way as to yield a very strong, but not particularly sticky line; something to do with the 'Spinning' seems to dry it out quickly. (It should be mentioned, however, that the first fraction of a second of the shot is probably the 'glob' type, to allow it to stick to it's target. Referred to as the 'attachment disk' below.)

To quote that page again:

Now, the physics of it are another issue.. but that's the 'canon' answer :)

Snipping a bit from Jeff's answer which is from the Web-shooter's article on the marvel wiki.

The webbing sticks to the building first, then spider-man grabs it, once it's lost it's adhesiveness. As it struck the wall whilst it was adhesive, the part attaching to it won't have had as much contact with air, and would remain adhesive, unlike the piece Peter grabs.

Ok well here is another theory, maybe only the ends of the webs are adhesive because you mostly see not grab the very end of his web.