How do the ventral cannons on the Resurgent work?

I heard that the ventral cannons on the Resurgent are powered by the Force, but how does that work without a host to control them? I know that Kyber Crystals are Force-sensitive, so are they powered by Kyber Crystals? If not, how do they work?

The cannons fire missiles, but the lasers are powered by kyber crystals

While the ventral turrets may fire missiles, you’re probably thinking of the turbolasers found on the same Resurgent-class vessels.

Some of the First Order’s top ships had lasers powered by kyber crystals, according to the Databank:

The powerful flagship shared by General Hux and Kylo Ren, the dagger-shaped Finalizer is nearly twice the length of an Imperial-era Star Destroyer. The first of the new Resurgent class constructed in violation of treaties with the New Republic, the Finalizer’s heavy weapons are augmented by two starfighter wings, a hundred assault craft and a full legion of stormtroopers. Her turbolasers are more powerful and faster to recharge than Imperial-era weapons, a product of kyber crystals harvested in the Unknown Regions. 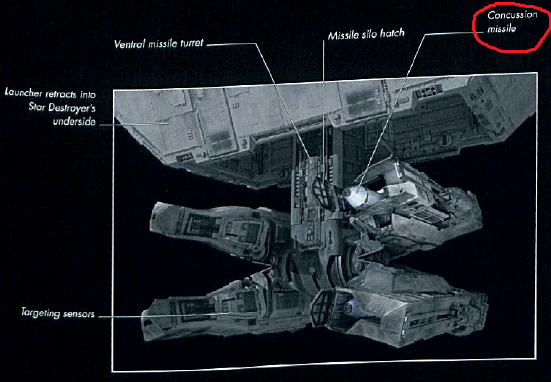 There is no indication that these cannons are powered by the Force, they're just regular missile launchers. Since the turrets also have targeting sensors, presumably these missile are guided in some way, which still does not require the Force.

Interestingly, the same book notes that the Resurgent-class has turbolaser batteries with kyber focusing crystals, which may be where you're getting confused: 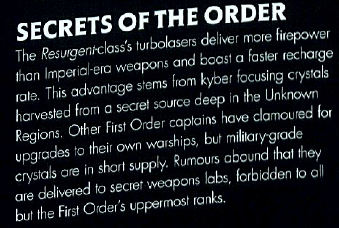 The Resurgent-class's turbolasers deliver more firepower than Imperial-era weapons and boast a faster recharge rate. This advantage stems from kyber focusing crystals harvested from a secret source deep in the Unknown Regions.

Although kyber crystals are Force-sensitive to an extent, using them in weaponry does not require the use of the Force; they're used in both lightsabers and the Death Stars, none of which require a Force-sensitive individual to operate.

Not the answer you're looking for? Browse other questions tagged star-wars the-force-awakens the-force weapon kyber-crystal or ask your own question.