During the end credits of each Next Gen Star Trek (i.e. ST:TNG, ST:DS9 and ST:V) we move through a star field as names appear, but to the extreme left of the screen there is a strange blue glow and I've always wondered what this was. 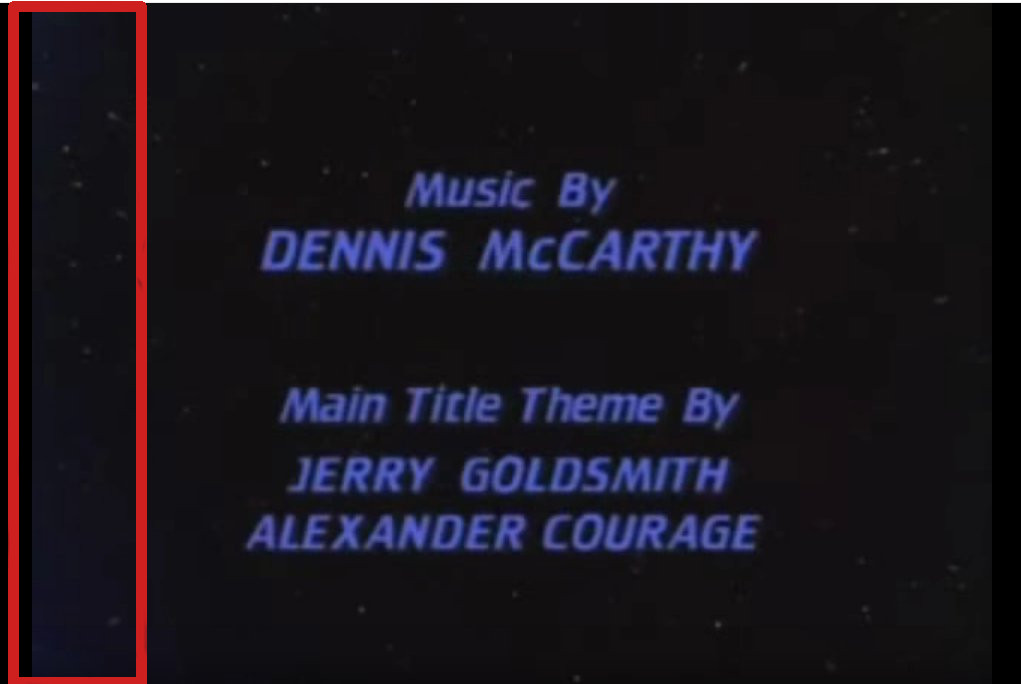 Is it supposed to be glow of a spaceship engine? Or simply an artefact of how the effect was achieved?

Are you asking about that blue line down the left and right sides?

When TOS, TNG, DS9, and VOY were filmed, they were filmed at the then-standard TV screen aspect ratio of 4:3. Most TVs and monitors (and YouTube) are now widescreen - 16:9. When watching older television shows on a wide screen, there's a black bar on the left and right because the older ratio doesn't fill the new screens perfectly. It fills the screen top to bottom but not left to right.

If you watch the stars as they pass, they don't really go all the way to the edge. They just go to the edge of the old screen aspect ratio. That blue line you're seeing is that edge, the boundary between broadcast and blank screen. It's not really blue; it's just a different black than the bars on either side.