How far did the Botany Bay travel in “Space Seed”, and how?

In "Space Seed" the Enterprise is traveling somewhere unspecified in interstellar space when it detects Khan's ship, the SS Botany Bay.

Kirk states that the ship has been traveling for

Since we know from later in the script that the ship left Earth in the late 1990s, this implies that it's been in in flight for somewhere between 105 to 286 years (taking into account human vagueness)

This leads me to several linked questions

Per the Star Trek Encyclopedia, the Botany Bay was discovered in or near to the Mutara sector.

Mutara Sector. Region of space. Location where the S.S. Botany Bay, launched from Earth in 1996, was discovered adrift in 2267. ("Space Seed" [TOS]). Also the location of the Genesis Planet, and the Regula I planetoid. (Star Trek II: The Wrath of Khan, Star Trek III: The Search for Spock). 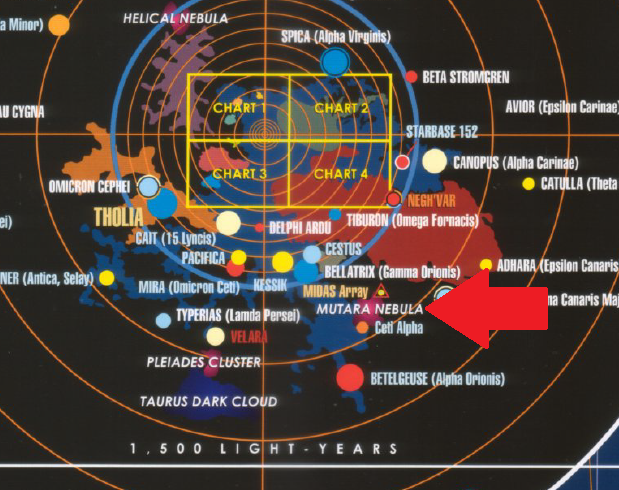 Given that the Botany Bay pre-dated FTL flight, it follows that its maximum speed must be no higher than c (1 light year per year). At c, the ship could have traveled a maximum distance of 271 ly, indicating that it must have encountered some other means of achieving FTL travel in order to get to a distance of 1000 ly. That means isn't described in the main Trek canon.

In order to understand this discrepancy (and the lack of a rational explanation) we need to look at how the writing for the episode evolved over time. When it was originally drafted, series producer Gene Coon was keen to remove all references to setting from Carey Wilber's script. Star Trek was, at that point in production, set at an ill-defined point somewhere in the future. The Botany Bay's destination (Ceti II, some 240 ly distant from Earth) would be highly consistent with a high speed sub-light vessel that had traveled for nearly half a millennium.

One such space ark was the Botany Bay. "She lifted earth in 2096 A.D. Her destination was CETI II. On board were one hundred transported criminals, male and female alike, a volunteer crew of six. Once the Botany Bay passed out of the solar system, this crew would join the passengers in a hibernation which would last fifteen hundred years." Among the prisoners is a man named Harald Ericsson, a criminal with a "magnificent' body.

However, something goes wrong 500 years into the future when the ship comes across the path of the U.S.S. Enterprise, and its automated weapon systems go online for the first time in five centuries. Interestingly, had the episode included this information it would have answered the question as to when in history the Star Trek series took place relative to the 1960s. Producer Gene Coon, responsible mainly for the writing staff and scripts, wrote a memo on September 2.1966 to Wilber with suggestions and changes. One of his notes is that the creators of Trek did not want to reveal the actual time frame of the show. He writes, "As I mentioned to you. we have never determined the exact period in which this series is taking place. It could be a thousand years in the future, or as little as a hundred". Of course, eventually, the time period would be specified as the 23rd Century.

Much of the original writing survived intact even though it doesn't make a lot of sense in hindsight. As pointed by Leonard Nimoy in another another question

[At] this early point in the series, that the Star Trek universe was not clearly defined. References were constantly changing ... later in the series things would settle into the pattern that we have come to know"

Here is a partial answer to my own question. Assume that the atomic engines of the DY-100 class ships were a form of atomic rockets that used heat, electricity, or other energy generated by fission, fusion, or antimatter to propel water or other substances out of the nozzles for reaction.

For a round trip to Neptune and back in one Earth year, the astronauts might plan to refuel with ices of water, ammonia, or methane on a moon or asteroid orbiting Neptune. But safety regulations might require DY-100 ships to carry four times the fuel needed to accelerate to about 20,000,000,000 miles per year. And thus they would have to have fuel tanks that big.

If Khan's people took along a solar sail or a magnetic drag and planned to use it to decelerate without expanding reaction mass, they could use all the reaction mass to accelerate at the start of the journey,and thus reach speeds eight times the average speed of 10,000,000,000 miles per year in a one year round trip to Neptune.

In the last few years evidence of a planet nine has been found. It is supposed to orbit in a highly elliptical orbit about 200 to 700 Astronomical units from the Sun, and is thought to probably be near the farthest point of its orbit. So it is probably about 700 times 92,956,000 miles, or about 65,069,200,000 miles from the Sun.

So if the Enterprise was going to travel hundreds of light years from where they found the Botany Bay to Alpha Ceti and byond, it is hard to believe they wouldn't pass another harsh but habitable planet along the way to drop Khan's people off long before they passed by Alpha Ceti.

This theory also supposed that the hypothetical planet nine will be discovered and thus retroactively save the bacon of the creators back in 1966.

This theory also supposes that Marla McGivers would think of trips to distant planet nine (and maybe also ten and eleven?) when saying that interplanetary trips took years instead of thinking about trips to relatively close planets like Mars or Venus. If she meant that trips to Mars or Venus or Jupiter took years then DY-100 class ships would be much slower than if she meant trips to planet nine.

Anyway, I wonder what better answers you may be able to come up with.

There's a simple answer: it was demonstrated multiple times in various Trek series that Negative Space Wedgies were tossing things in the general vicitnity of Earth's solar system out somewhere else in the galaxy all the time; Voyager ran across one, 1701-D ran across one or two, Voyager 6 was flung who knows where. Botany Bay simply encountered one.

10
Was Trelane really seeing Earth 900 years ago, or perhaps 600 years ago, or could he see any time period he chose?
19
In Star Trek V, why was the Klingon Bird-Of-Prey hanging close to Earth?

19
In Star Trek: Voyager's episode “Homestead”, how did the Talaxians manage to travel so far from their homeworld?
8
How far into our galaxy did the Doomsday Machine get?
6
In Space Seed was it a mistake when the bridge could communicate with engineering even though all communications were jammed?
10
Did Khan disapprove of Spock in an early draft of “Space Seed”?
12
How was the USS Columbia able to catch up to the USS Enterprise?
23
Can anyone identify the upper body garment Khan Noonien Singh is wearing in the Star Trek episode “Space Seed”?
0
Invincible and Prudhoe (Bay) class Starships
7
How far did Scotty beam himself and Kirk?
13
Discrepancy in uniforms around the dinner table: ST:TOS “Space Seed”
16
How far does the power of the Talosians extend?