Why are there so many Avengers?

Looking at the collection of Avengers in The New Avengers #24, there were an amazing number of them. Why do they have so many Avengers? Do they have a particularly forgiving entry criteria?

The Avengers are an always evolving organization, possibly one of the most dynamic on Marvel Earth-616.

The list of modern Avengers from Avengers #24 can be found at Who are all these Avengers? on the Scifi.stackexchange and are included in this image:

Given the nature of the threats against Marvel Earth-616, they are always trying to have the right collection of physical, mental, magical, and technological capabilities to solve problems. The active ranks of the Avengers has topped forty members at times during their history.

I would not say they are particularly forgiving, more that many of the metahumans who have attacked them, were often just tools of other more powerful villains (Vision, Scarlet Witch, Quicksilver, Jocasta, The Black Knight and Captain Marvel) just to name a few.

From the Avenger's prospective it makes sense to recruit from the pool of ambivalent metas who have a possibility for good and keep them close, train them, and direct their power for the greater good. This capability of the Avengers to bring new members to their organization is one of the reasons, they remain one of the most powerful and effective metahuman organizations on Marvel Earth.

The threats facing the Avengers are often some of the most dire to ever confront the Marvel Earth (and most of them bring their own armies of advanced technological or magical troops) including Kang the Conquerer, Korvac the Mad Machine (Michael), the Molecule Man, The Infinity Gauntlet, Thanos, The Kree and Skrull civilizations, heralds of Galactus, threats from magical realms such as Asgard, Olympus and the Dark Dimension. With enemies like these the Avengers needs to keep their own ranks flush with a highly skilled, highly trained and potentially powerful membership.

The Avengers were for a time even larger than their current incarnation during the Eighties. The stories were convoluted and some of the most renowned stories too place during those times including the Korvac Saga and the Kree-Skrull War. 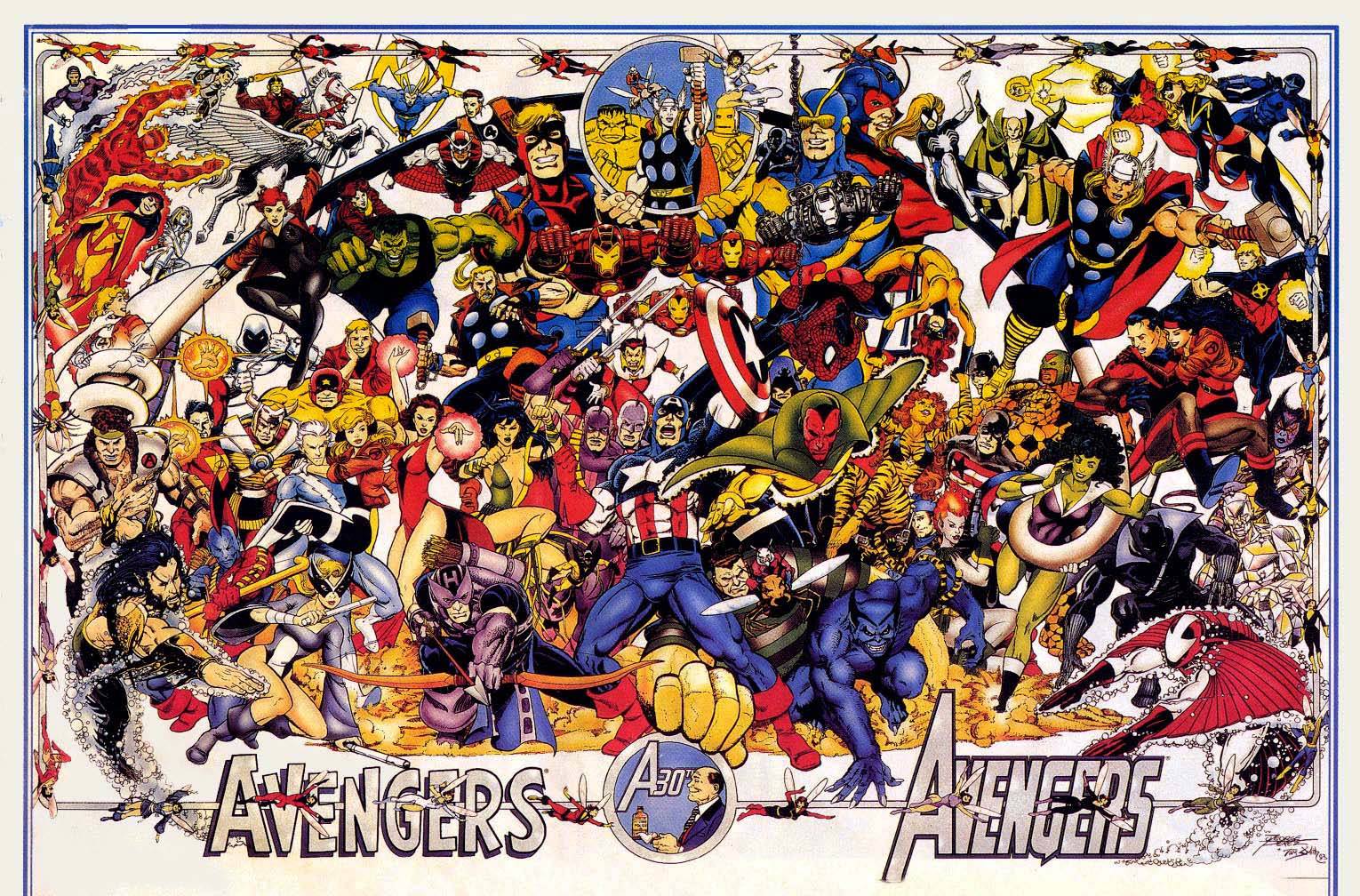 The Avengers do seem to also have a rather forgiving philosophy when it comes to rehabilitated criminals (Vision, Scarlet Witch, Quicksilver, Swordsman (Jacques Duquesne), and others)

9
Who are all these Avengers?
14
Has any Avenger been an Avenger-specific creation?
18
Why did Odin leave the Tesseract on Earth?

12
Where do I need to start, to understand 'modern' Avengers?
15
Why are the Secret Avengers secret?
5
Approximately how many Avengers are born mutants?
3
What side are Rogue and Havok on in Avengers vs X-Men?
11
Other Sibling Avengers?
7
What are the main differences between the numerous Avengers comics
3
How does Ultimate Avengers fit into the other Avengers story arcs?
6
Fewest LEGO sets to get all the new Avengers?
2
Did any of the Avengers serve as Heralds of Galactus?