What "world" was Frodo in when Galadriel helped him?

As Frodo was attempting to flee Shelob's lair, he sort of collapses from fatigue. Then he is suddenly shown being in a plush forest during the golden hour when Galadriel "picks him up" by the hand, and he's immediately standing up outside the cave again. He's clearly not in the wraith spirit world as if he were wearing the One Ring. 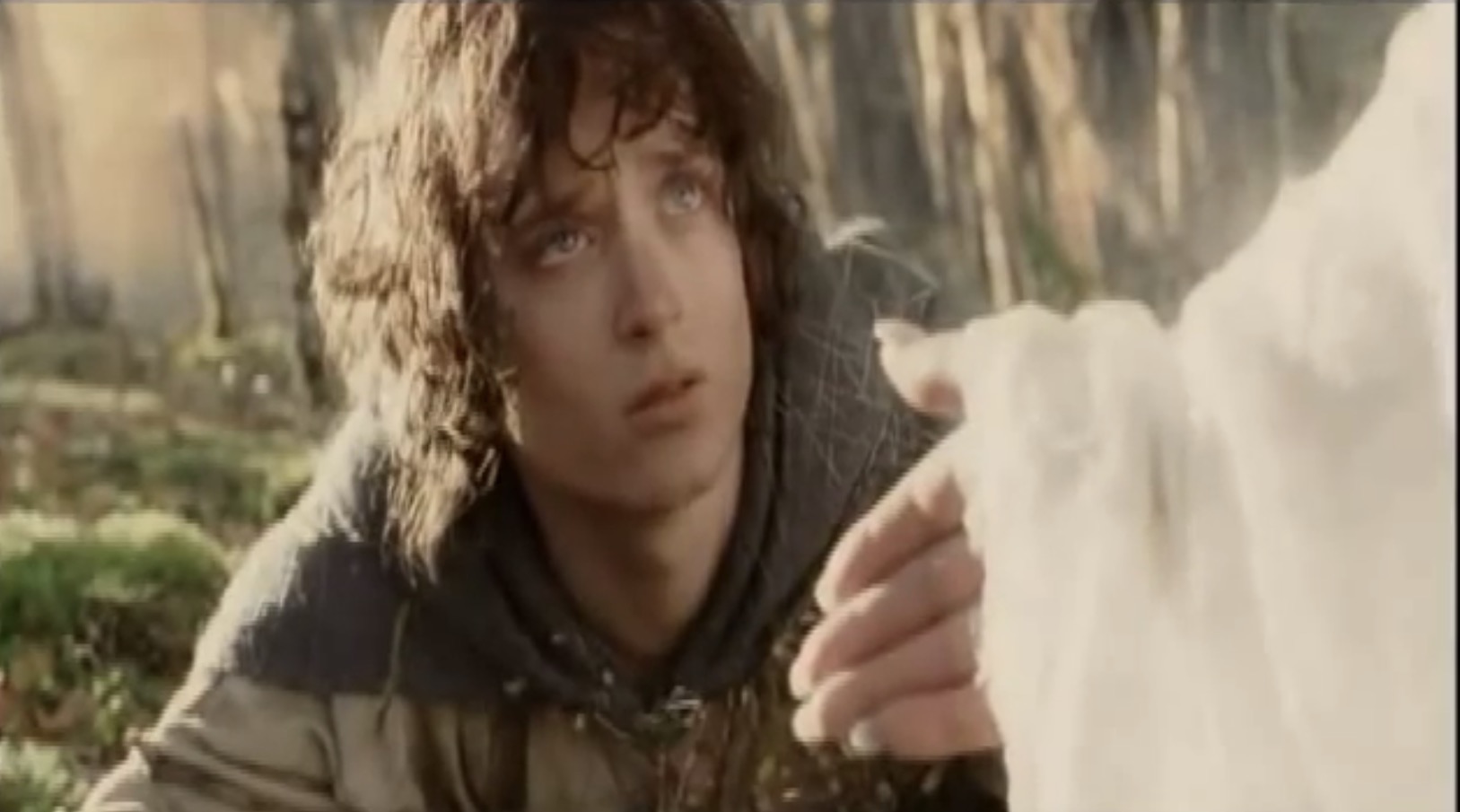 Was Frodo temporarily beamed to somewhere in Lothlorien, near Galadriel? Did Galadriel go to him and change his surroundings while interacting? Does she have the ability to appear in dreams? Or was simply Frodo dreaming/imagining all of it?

How did Galadriel do this?

It's all a dream

What you're seeing here is Peter Jackson adapting the films to make them more interesting than the books.

This is a common occurrence in the films as Peter wanted to change the tone of certain scenes to build the tensions quicker than those in Tolkien's Lord of the Rings.
– Edlothiad

This scene never happens in the books, so I can't give you a canonical answer. In the books, the chapter Shelob's Lair and The Choices of Master Samwise mostly happens in Sam's point of view.

The logical answer would be: it's all a hallucination.

She breathes life and hope back to Frodo.

Let's first remember where Galadriel came from: born in Valinor, land of the Gods, while both trees Telperion (the silver tree) and Laurelin (the golden tree) were still untouched by Ungoliant (from which Shelob is a descendent). This was during the First Age, thousand of years before the Third Age and the war of the Ring.

By nature, almost all elves from that period were considered as blessed with great gifts and some measure of power, be it through craft, warfare, wisdom or intellect.

She also later received Nenya, one of the three Rings untouched by Sauron's evil, whose power was preservation, protection, and concealment from evil.
At this point, her powers were a match for Sauron himself. For instance, when the White Council finally agreed (well, Saruman especially) to take care of Dol Guldur, she was there to assist and lead the assault herself. She repels even the scrying eye of Sauron from Lothlórien and his armies never encroached deeply while she was in command.

Peter Jackson shows us how powerful she can be: even on the doorstep of Mordor, she can assist Frodo and give him the nudge he needs.

There is no teleportation: only mental and psychological help from afar.

Not the answer you're looking for? Browse other questions tagged the-lord-of-the-rings tolkiens-legendarium the-return-of-the-king galadriel or ask your own question.

5
What was the flash Frodo saw when Galadriel waved her hand with the ring?
9
What was the benefit of the belts given by Galadriel to 3 Fellowship members?
4
When did Galadriel become Lady of Lothlórien?
13
What makes Galadriel so powerful?
39
What was the white gem Frodo wore?
31
Why was Frodo unable to destroy the Ring?
26
Did Gandalf think that Frodo was dead?
5
Since the Mirror of Galadriel could show what might happen in the future, could it have shown Frodo that he would succeed at destroying the One Ring?