What is the watching order for The X-Files?

About two weeks ago, I had never seen an episode of The X-Files.

I am in the process of watching The X-Files back to back, having never seen them before. I am about half way through season 2.

Some guys at work have told me I need to watch the movie at the right time or it will ruin the entire thing, but they can't remember when.

So, when should I watch the first, and by extension any other X-Files movies?

X-Files afficianado Robert Frost came up with the following watch order for the series and its various spin-offs and crossovers. 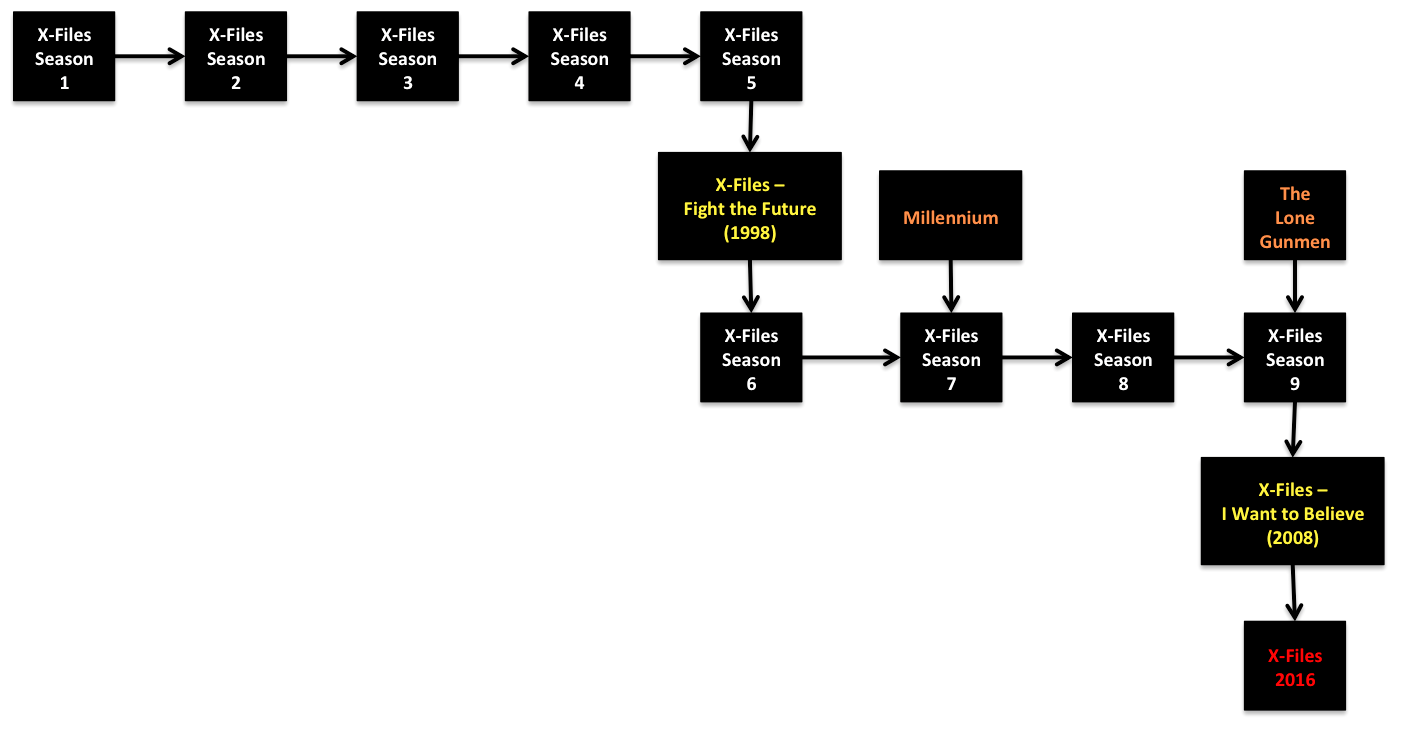 Start Season 9. Episode 15 of season 9 is called “Jump the Shark”. This episode serves as an end to the story of The Lone Gunmen. If you want to watch the one season of the spin-off The Lone Gunmen, watch it before episode 15. Then complete Season 9. Watch the second film, titled X-Files: I Want to Believe. The ending of this film pretty much leaves the characters in the state we find them in the new miniseries.

The show continued into a Season 11 which should obviously be watched after the previous season.

Additionally, there were several comicbook spinoffs, notably a "Season 11" comic serial, executive-produced by X-Files showrunner Chris Carter. This should obviously be read after the finale of Season 11 as it contains (some) spoilers and functions as an alternate ending to the show.

Not the answer you're looking for? Browse other questions tagged the-x-files suggested-order or ask your own question.

39
Reading Order for Heinlein's “World as Myth” Books
14
Earthsea — Suggested order for Reading/Watching
77
What is the viewing order of the re-imagined Battlestar Galactica?
2
Do I need to watch the Gundam series in order to not be lost?
8
Watching order for Lost, incorporating mini-episodes
2
Viewing requirements for Arrow S04E08 and The Flash S02E08
16
Did Mulder have any effect on colonization?
5
What am I expected to already know about Captain Pike?