What did Darth Vader mean by “There’ll be no one to stop us this time.” Who had “stopped” Vader—or the Empire—previously?

In the original Star Wars (1977), the following conversation happens near the end of the first scene after the Star Destroyer Devastator captures Tantive IV and Darth Vader—and his troops—have boarded the captured ship looking for the stolen Death Star plans:

Another Imperial Officer approaches Vader and the Commander. They stop and snap to attention.

Lord Vader, the battle station plans are not aboard this ship! And no transmissions were made. An escape pod was jettisoned during the fighting, but no life forms were aboard.

Vader turns to the Commander.

She must have hidden the plans in the escape pod. Send a detachment down to retrieve them. See to it personally, Commander. There’ll be no one to stop us this time.

Given that Rogue One (2016) now attempts to retcon the whole backstory of, “…Rebel spies managed to steal secret plans to the Empire’s ultimate weapon, the Death Star…” is there some explanation/clarification (official Disney canon or “Legends”) as to who or what has has ever somehow stood in the way of Darth Vader (or the Empire) in the past before any of these specific events depicted in the original Star Wars (1977)?

PS: Yes, I am well aware that Rogue One (2016) is considered official canon, but adding “Legends” just in case something there hints at something that might not be explicitly addressed elsewhere.

You are overthinking this. He just means Leia, who he has correctly inferred stopped him from getting the plans when he captured the ship. Vader evidently did not reckon on the possibility of a droid having possession of the plans, and expects them to be simply there for the taking on the planet below.

My assumption was always that he meant the senate; his later conversation with Tarkin is that the senate had been dissolved, giving total power to the Moffs. Given that Leia and her (adopted) father Bail, as well as others in the senate (Mon Mothma, etc) had presumably caused problems for the empire the past, I figured his line about being “stopped” related to the diplomatic red tape which had prevented the Empire from outright doing what they wanted in the past.

There are vague hints to this in a few legends sources; I don’t have the book with me at the moment but in Jedi Search there is mention of Mon Mothma being one of the first senators to openly suggest Rebellion, and Bail being reluctant at first to go this far. Leia’s secret support of the rebellion while still a senator is seen in a few sources, such as the Rebels cartoon and the original Force Unleashed game. Especially in the Rebels episode, she is ordering the imperials around using her diplomatic weight. Vader’s dialogue with her in the beginning of Star Wars (1977) —at least to my ears—alludes to previous instances where she’s hidden behind red tape and used diplomatic privileges to impede the Empire:

Darth Vader, I should have known. Only you could be so bold. The Imperial Senate will not sit for this, when they hear you’ve attacked a diplomatic…

Don’t act so surprised, Your Highness. You weren’t on any mercy mission this time.

Send a distress signal, and then inform the Senate that all aboard were killed.

Which implies that Vader is still answerable to the Senate (or at least still needs to keep them apprised of the situation; he’s not simply free to do what he wants at this point).

Then later aboard the Death Star:

The rebellion will continue to gain support in the Imperial Senate…

The Imperial Senate will no longer be of any concern to us. I have just received word that the Emperor has dissolved the council permanently. The last remnants of the old Republic have been swept away.

That’s impossible. How will the Emperor maintain control without the bureaucracy?

The regional governors now have direct control over their territories.

So a reasonable amount of dialogue in the movie is spent just explaining that now with governors who are loyal to the Empire, and the Death Star to back them up, that there will be no one to stop them anymore.

The impression I've always gotten is that Vader is saying this in an ironic (storytelling) way. Send troopers down, grab the droids, and come back. This should be a piece of cake for Storm Troopers.

I mean, what could possibly go wrong? 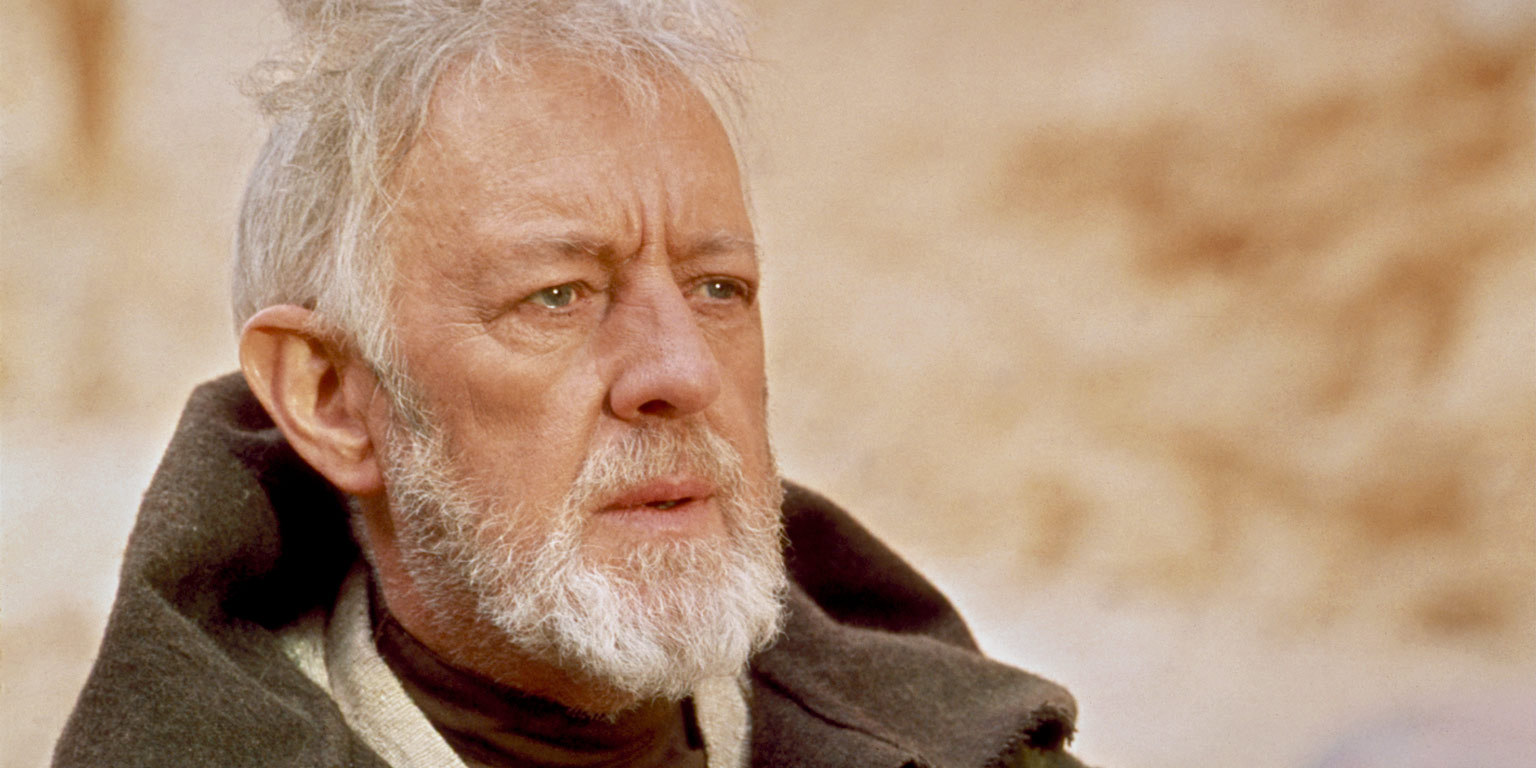 The Death Star plans were stolen and a large battle ensued, the rebels had won their first great victory according to the radio drama. Now Vader wants the plans back and he has traced them to Leia, who he knows is a rebel sympathiser, on the Tantive IV. One of the first lines of dialogue in A New Hope is Threepio saying that "There will be no escape for the princess this time". It's not the first time Vader has been in a battle to recapture the stolen plans.

Simple as that, although Rogue One answers it perfectly: After boarding, Vader battled through rebel soldiers on the big rebel ship, trying to get the plans, but Captain Antilles escaped and handed them to Leia, and the Tantive IV then blasted away from the large rebel ship it was docked with. Then we join A New Hope where vader has caught up with the Tantive IV, and there's that scene.

I think also that I have not seen mentioned yet is that, as the plans were taken from Scarif to the ship, and attempted escape, you can say that there has been road blocks for them recovering the stolen plans. Each time that they were close to getting it.

Taking into account the last scene from rogue one where vader goes ham and kills the rebel just as he hands off the plans and his attempt to get the plans were thwarted.

He finally catches up to the ship and again, the plans were jettisoned off of the ship into a desert planet again being thwarted.

Since this escape pod showed no signs of life in it, the assumption was that the plans would just be embedded into the escape pod waiting for it to be recovered. Since Vader was right there over the planet, he would naturally be able to get there first before anyone could interfere. This would be where the line "there will be no one to stop us this time" comes into play.

It wasn't until after they got to the planet that the storm troops discovered possible droid interference with "Look sir, droids" while holding up a droid part.

Honestly, so many complicated answers. It's much easier than all those --> It's the actual escapees themselves that keep avoiding his capture that are 'thwarting him'. So who is 'stopping him'? Why it would be Princess Leia and whoever other anonymous characters running with her.

They've been successfully slipping away. Now he finally has them.

All these answers are tip toeing around the actual answer.

The first thing it refers to is that the rebellion has secret, unknown members all around the Empire. The second thing it refers to is that Vader has no idea that Obi-Wan Kenobi is on Tatooine. The Empire would track a suspected rebel to some planet, or some area on some planet, but someone else on that planet, who was secretly a rebel, would end up helping the individual the Empire was tracking, or, someone within the senate, who is also a member of the rebellion, would secretly help a rebel the Empire was tracking.

Meaning, just when the Empire thought they had the rebel cornered, someone would "magically" come out of the woodwork and help this rebel in some way. Just as in the Phantom Menace when they say that The Trade Federation would have no control over Tatooine because it was controlled by the Hutts, the Empire knew that no rebels would be on Tatooine because the rebellion had members all over The Empire, and since the Empire did not control Tatooine, there would be no rebels on Tatooine, also because the Empire did not control Tatooine, Vader also knew no one in the Senate could have any influence over Tatooine.

Which is also the reason Vader thought that recovering the plans from Tatooine would be easy, he knew that Leia could not be sending the plans, via escape pod, to another rebel on Tatooine.

"Lord Vader, the battle station plans are not aboard this ship, and no transmissions were made..."

Meant that because Vader knew the Tantive IV could not have sent any transmission(s) to another rebel who could potentially help, and also because he knew no rebels could be on Tatooine, he thought he knew that it was impossible for anyone to "magically" come out of the woodwork and help the rebellion this time.

But he was wrong, even though no rebels were stationed on Tatooine, someone sympathetic to the rebellion - Obi-Wan Kenobi - did live on Tatooine, and did "magically" come out of the woodwork to aid the rebellion.

Not the answer you're looking for? Browse other questions tagged star-wars star-wars-legends a-new-hope or ask your own question.

13
Why did Leia give the stolen version of the Death Star plans to R2-D2 instead of a copy?
54
What was C-3PO talking about when he said, “That’s funny, the damage doesn’t look as bad from out here.”
31
What was Darth Vader's official role (or rank) in the Empire?
30
Why was Vader talking about "Rebel transmissions" in Episode IV when he saw the data tape being passed in Rogue One?
12
Does any explanation exist clarifying what happened to the escape pod R2-D2 and C-3PO used at the beginning of the first “Star Wars” film?
6
How did Darth Vader trace the rebel spies to Princess Leia?
11
What happened to the escape pods on the Millennium Falcon?