How did Flash push back Green Lantern like that? 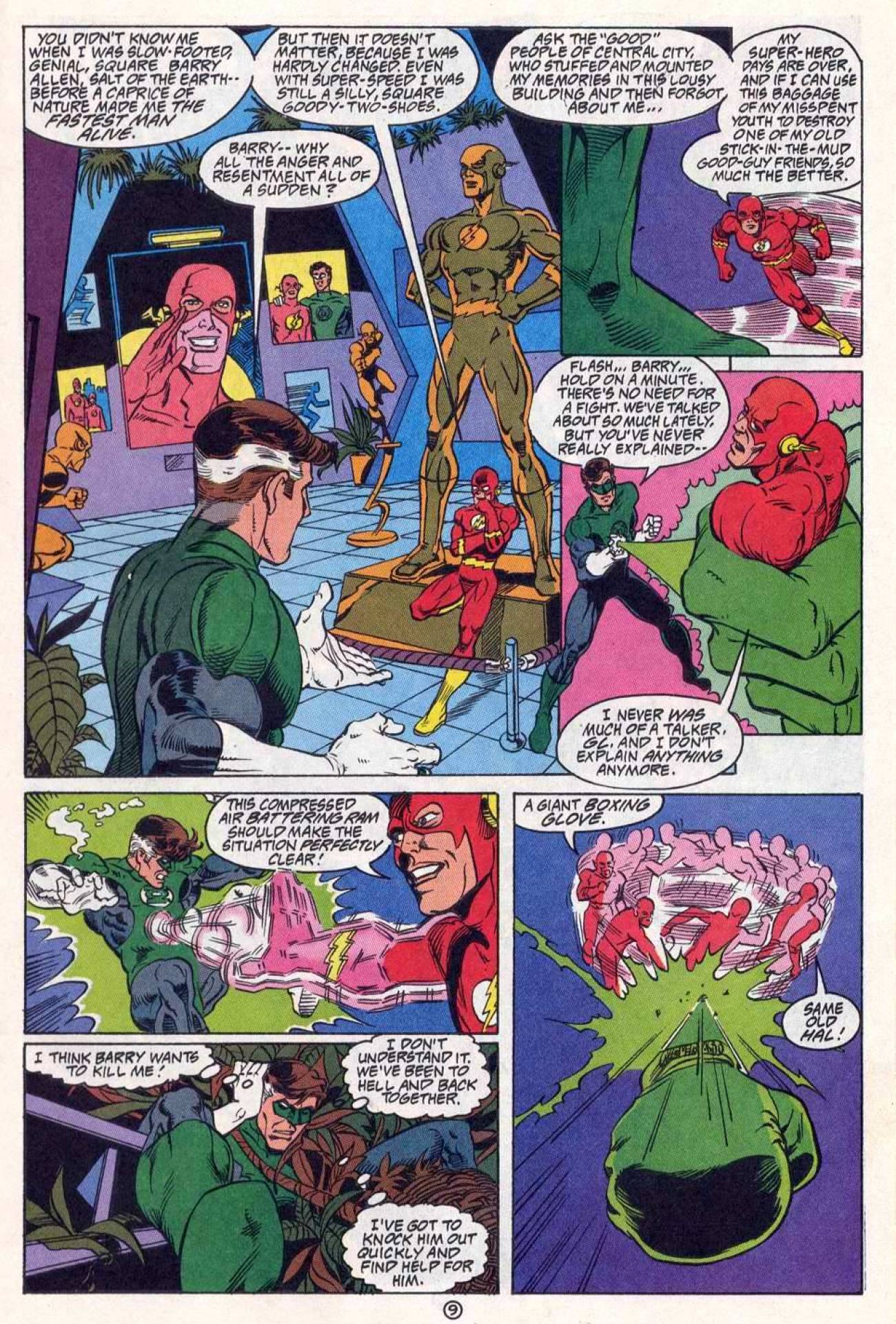 When Flash states this air battering ram should make the situation more clear he pushes back Green Lantern somehow with air. How is he able to do that?

The Flash has often been shown to be able to generate compressed air by moving very quickly. One Flash story showed the Flash using compressed air to launch a grenade into space:

Not that you should be worried, Fearless Leader, as the Flash eventually managed to run at such a great speed around the atomic grenade that he built up a mass of compressed air that launched the bomb at escape velocity, never to return to Earth.

The Physics of Superheroes

Here’s the Flash with the atomic grenade, using air to keep it spinning: 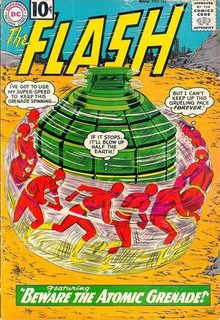 By moving his hand very quickly, the Flash is able to produce a jet of highly compressed air. Think about it this way: when you push your hand quickly toward your face, you feel a light breeze, right? If you could do that a thousand times faster, your hand would push the air molecules before it with significantly greater speed. Thus the Flash is able to generate a very forceful blast of air.

Not the answer you're looking for? Browse other questions tagged dc the-flash superpowers or ask your own question.