Trying to find a urban-fantasy novel. Romantic comedy about greek gods and muses

I remember it was on my sophomore year or high school where I came across this novel so it was probably 2010 or 2011. It may not be anything special to people or be the highest or most amazing novel but I would like to find it, if not for nostalgia's sake. I found it in the adult section for romance books that were small paperback novels.

I don't think it was a series, just a novel about a muse. The nine muses in Greek mythology were goddesses of the arts and sciences, and were daughters of Zeus, the king of the gods, and Mnemosyne, the goddess of memory.

These are the list of muses. I just copied it from some site (shameless I know, but when you're desperate....)

So Zeus basically decrees that she needs to find her place in the world or else (I don't remember the or else, maybe she would disappear or die from being useless or something). [Maybe it was fall in love or compose something] All I can remember is the conflict between herself the world, her purpose, and Zeus. I'm not sure if there was romance as I read it for the interesting aspect of Greek Mythology. It was an interesting read and I hope to find it again someday. ALSO HER NAME IS NOT MUSE SHE IS NOT THE BEYOND THE VEIL, NO.

Yes. I've done it. I've found the beast. Now to answer my own question.

Here it is. Like I said, nothing spectacular, easy read. :) Now I can read it again. Ah yes, I can finally go to bed. pats back 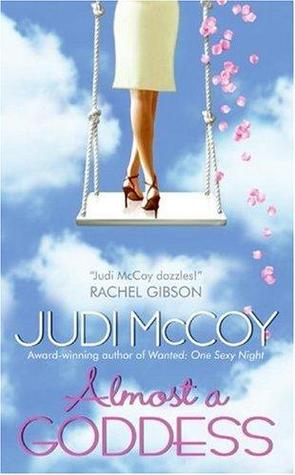 Kyra's performance has, quite frankly, been a disappointment over these past one hundred years. Our Muse of Good Fortune, despite her exceptional charm and unearthly beauty, has been slacking off, getting by on her looks, wiles, and considerable sex appeal -- not to mention her privileged position as the daughter of Mighty Zeus Himself!

Also, if any of you want to read a series similar to the mythology discussed and you don't mind children's books. I recommend Kate McMullan's Myth-o-mania book series, Bruce Coville's Magic Shop books, and P.B. Kerr's Children of the Lamp series.

10
Fantasy/urban novel about Greek-Roman gods
4
Late 80s/early 90s DC Comics arc with Greek (and Roman?) gods involved?
7
YA Novel published before 1994 where characters are all cockroaches living in suburbia
6
Fantasy novel with three families, Porta, Gates, and Janus
5
Trying to remember a young adult sci-fy fantasy novel about memory
11
Scifi/Greek mythology graphic novel where the Greek gods were actually a space-faring civilization from a different dimension