How was Jim able to space walk when the ship was traveling at .5 c?

Until now any space movies that I've seen where they have shown space walk, they show that either the ship isn't moving or the character is on the spaceship because of the magnetic boots. However in Passengers, Jim was able to space walk at .5 c and not get smashed to the ship in the process.

With my understanding, the laws of physics should still apply at that situation even after being in the vacuum of space.

As the ship's engine are still firing. Why doesn't the ship accelerate away while he's not anchored to it?

The very short answer is that the acceleration from the ship's engines is likely to be quite small. Note that this is an ionic drive that accelerates continually rather than a rocket that expends all of its fuel in a g-force inducing blaze of glory.

Assuming that the ship goes from .5 of lightspeed to .55 of lightspeed in the two years that Jim's awake, the relative rate of acceleration while he's out of contact with the ship's deck would be substantially below .5kph. In the couple of minutes he was outside, he would travel less than the length of a swimming pool (relative to the ship), a hardly noticeable amount.

On top of that, the ship has a "gravity drive" that appears to be able to affect the gravity within the ship. It's possible (if not downright likely) that this drive is calibrated to stop spacewalkers from experiencing the effects of the accelerating engines by pulling them forward at much the same rate as the engines are pulling them back. 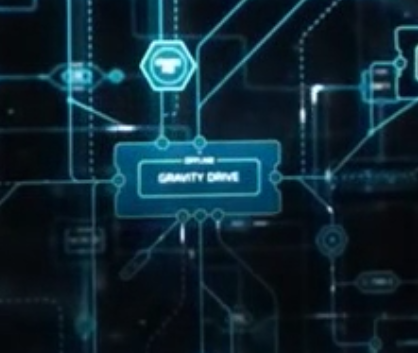 We are hurtling through space at an insane speed at this moment (30 kilometers per second riding on the back of the earth); did you notice it?

No, because you can't feel speed, you can only feel acceleration. "The wind in your face" makes you think you can feel speed, as do the bumps in the road but that's not the speed itself.

Again, think of travelling in a plane (no wind, few bumps); feels like you're barely moving because youre barely accelerating

In answer to your second question; yes, if the engines are firing there is acceleration, and if he's outside the ship it should be accelating away from him. That said; an alternative kind of engine, the ion drive is designed for long low burns rather than our current space rockets which are short and powerful, this can be far more fuel efficent. If thats the case perhaps it was accelerating away from him, just not by very much. This is consistent with the fact that the main engines seem to provide negligible artificial gravity, almost all artificial gravity coming from the gravity drive, so acceleration is far less the 1g

The bigger question is How was he not cooked through

He is moving through interstellar space at .5 c outside the ship.

Interstellar space is not perfectly empty. There is a thin mist of atoms, mostly hydrogen.

There's about 1 atom of hydrogen per cubic cm.

While outside the hull then as long as he's not in the shadow of the ship he's sweeping a path through space hitting the atoms in that volume of space.

Lets assume that the area of the forward facing surface of his suit exposed as he moves through space is about .5 meters square.

If he spends 30 minutes outside the hull then he'll have traveled about 15 light minutes through space.

That is a very small quantity of material but it's going very very very fast.

The that's 20 megajoule of kinetic energy over 30 minutes.

At those speeds the atoms will either rip right through him as radiation or stop in his suit or inside him and produce heat.

Imagine lighting a fire and burning about a liter and a half of petrol over about half an hour with someone suspended a few inches above it.

They'd probably be a tad crispy.

Even if the ship isn't accelerating he's still screwed

There's a much bigger problem as well:

Being hit by those hydrogen atoms doesn't just heat him up and possible give him cancer, it also slows him down by about .4 meters per second assuming he weighs about 75kg.

after 30 minutes he'd be traveling something like 730 meters per second slower than the ship and is screwed.

These numbers are of course all approximate and making some naive assumptions like perfect transfer of momentum and nothing zipping through him without stopping etc but it should be in around the right ballpark.

Many scifi stories dealing with travel faster than about .1c tends to run into similar problems because it's hard to comprehend just how fast large fractions of light speed really are. These are speeds where a pebble hits with the energy of a nuclear bomb.

Regardless of whether you apply Newtonian or Relativistic systems to this, the ship should accelerate away from the space walker if he's not anchored to the ship.

Before he leaves the ship, both he and the ship are not moving relative to each other because they are both accelerating.

Once he leaves the ship, he's no longer accelerating as part of the ship. It will accelerate away from him.

It doesn't matter whether we're at relativistic speeds relative to some other object ( like Earth ). To the ship and the space walker, their relative speed starts as zero ( same in Newtonian and Relativistic mechanics ). In the absence of any acceleration they'd stay in the same relative position in space.

But with one accelerating and the other not, their relative motion changes.

Some interaction between ship and space walker would be required to prevent this. A physical line, some sort of magnetic field, something. Without such an interaction, the walker is in trouble.

My knowledge of the movie is limited to the trailers, but there's a few things we can glean from the ships design.

So, from this, we make the following assumptions

And from those, we can further deduce

This is a very long way of saying the ship doesn't accelerate very quickly. Millimeters per second^2, tops.

So how does he not drift away from the ship when it's traveling at .5c? Because speed != acceleration. There's no space-wind to blow him back, so the ship is gonna pull away at a few mm/s/s - something he'd have to wait outside for a few hours to even notice. Relativistic effects don't even come into it, since they're moving at pretty much the same speed and have the exact same frame of reference.

This is ignoring any fancy handwavium gravity fields to keep him in place.

The engine is a combination of ION drive and cold fusion. It accelerates the ship constantly. At half trip, the ship will turn 180 degrees and start decelerate for the last half of the journey. The artificial gravity is a combination of centrifuge rotation and engine slow acceleration. That is why the floor is at an angle relative to "level ground". The movie is a masterpiece of science! Almost zero faults. The only one could maybe be the fact they reach Arcturus faster than expected , assuming that the ship is in constant acceleration (thus 0,5c speed was not reached since beginning).The last problem is magnetic shielding, the real issue of interstellar travel! You really need tremendous power to build and sustain such a shield! Imagine that earth magnetic field is not enough to keep everything out and still it moves very slow comparingly.

The answer is: The ship would eventually accelerate away from him, but slowly since they are both traveling at the same speed and he is subject to minuscule drag in the void of space.

As @Valorum stated there is very little good science behind this movie.

zionlionzionlion
1
1
Add a comment  |
Highly active question. Earn 10 reputation (not counting the association bonus) in order to answer this question. The reputation requirement helps protect this question from spam and non-answer activity.

Not the answer you're looking for? Browse other questions tagged physics passengers or ask your own question.

13
How did the Avalon (seemingly) get to Arcturus so quickly if they're only traveling at .5 of lightspeed?

9
Revelation Space - Why didn't the ship get trashed when Volyova put it into reverse?
25
When a ship drops out of warp does it retain the speed it was at when it entered warp?
7
How can ship crew walk in USS Enterprise?
38
From the bridge why can you see another ship in space, shouldn't there be no light?
13
How did the Avalon (seemingly) get to Arcturus so quickly if they're only traveling at .5 of lightspeed?
11
How fast was the Avalon moving?
6
Did Holden just discover faster-than-light communications by the protomolecule?
2
In Interstellar, how did Cooper and TARS provide momentum while detaching from the main ship?