As everyone knows, Captain America has been given a new past as a member of Hydra by the machinations of the Red Skull. However, his innate character is still unchanged, and he's planning to kill the Skull to stop the "corruption" of Hydra.

In Cap 6, he sees an image of his death in Washington DC, apparently at the hands of the new Spider-Man.

My question is, why does he do so? Am I missing something on the page? 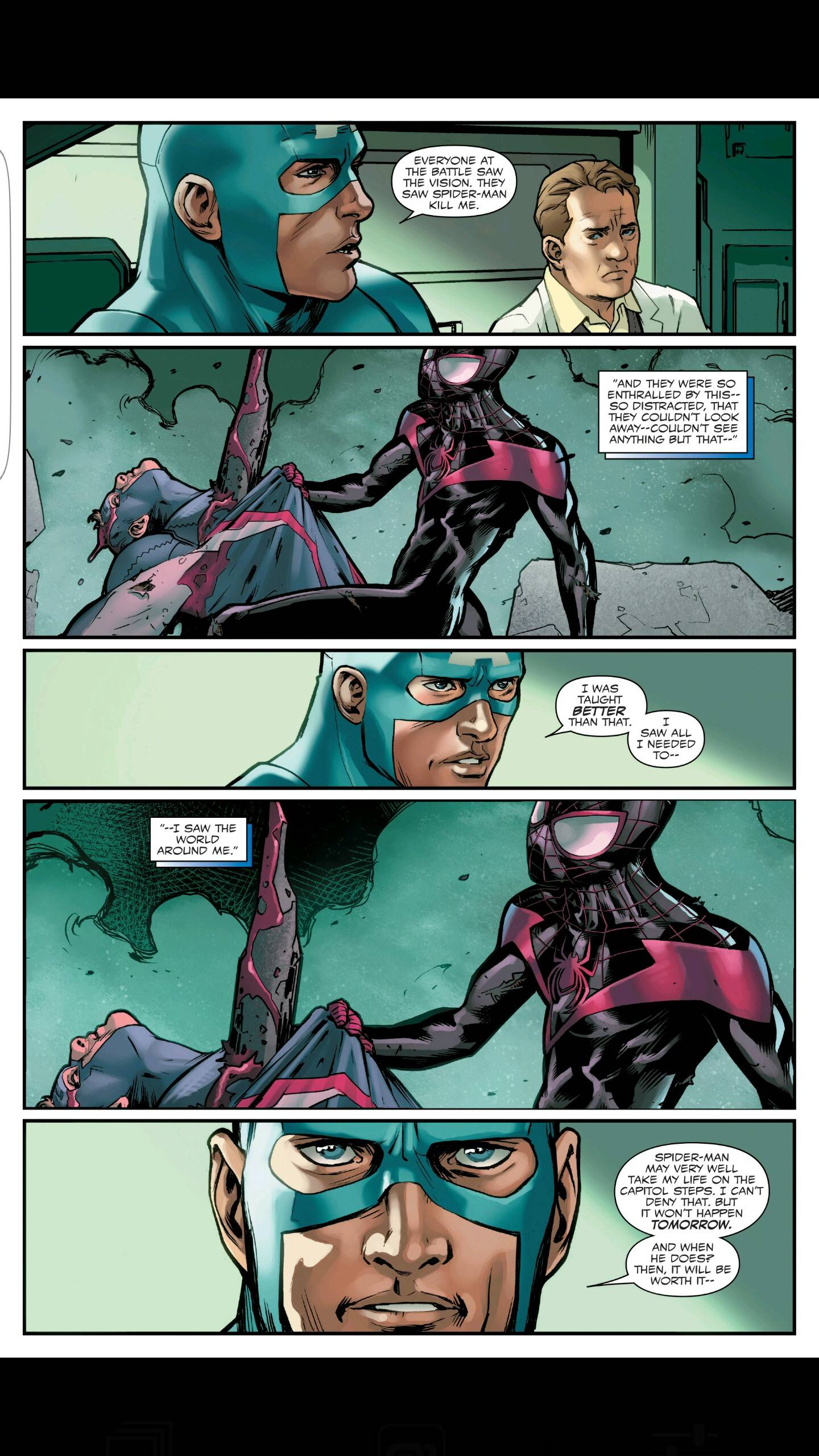 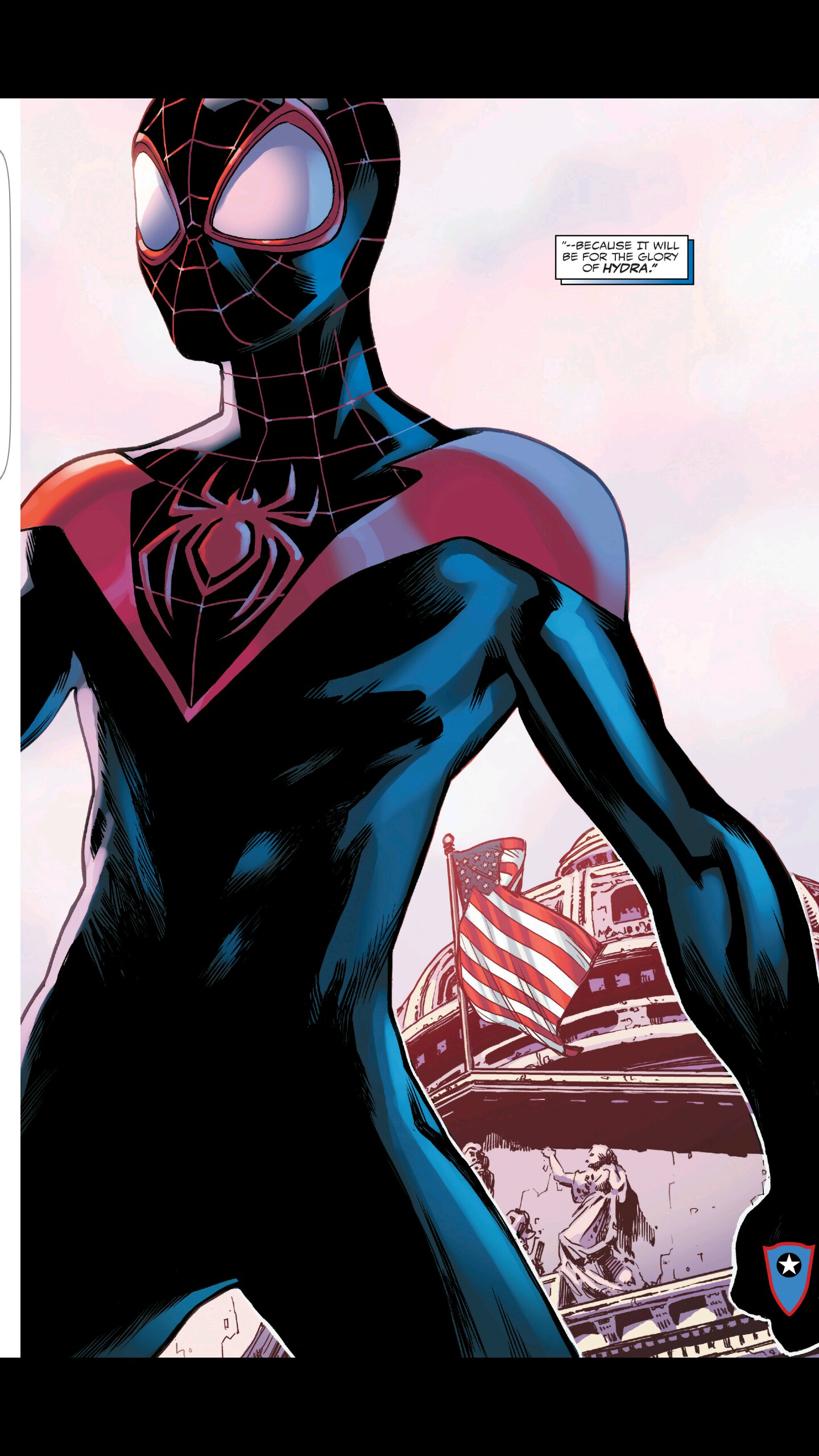 Browse other questions tagged marvel comics captain-america or ask your own question.