Rogue One introduced the idea of Kyber Crystals in the Star Wars movie Canon.

In the 1977 movie A New Hope - we see Obi-Wan Kenobi and Darth Vader battle with lightsabers and the blades repel with a 'clashing' sound. 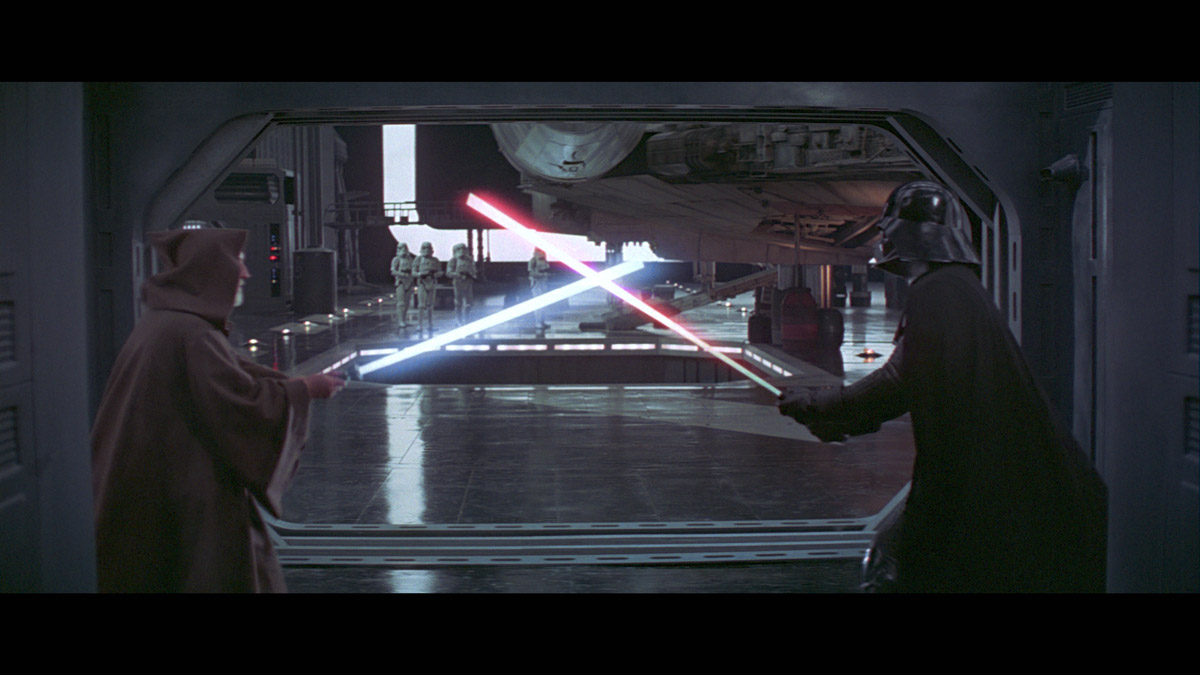 Also in the 1977 movie A New Hope, they introduce the Death Star. According to Rogue One the laser in this was also built using Kyber Crystals. We see in this the laser beams coming together to combine into one large beam: 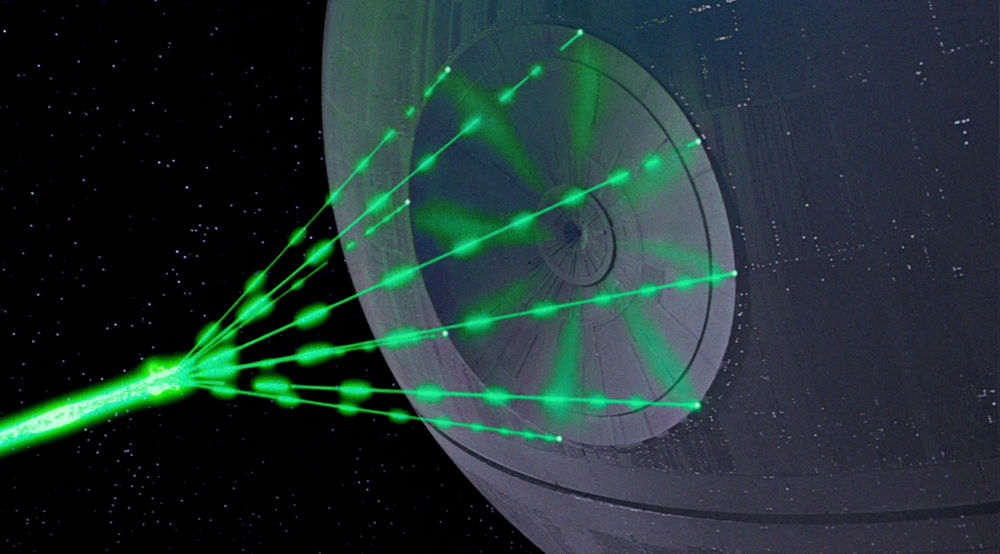 Because lightsabers are not made of lasers

As for the Death Star, its main weapon is a superlaser - a big laser beam made of smaller laser beams. Combining laser beams is a real thing, though in the real world it requires a lens.

9
How does kyber crystal purification work?