Did Darth Vader voluntarily (and secretly) give the Death Star plans to the Rebel Alliance in one of the Expanded Universe sources?

There have been many stories on the topic of how the Rebels obtained the plans. It may have been in one of the later Star Wars graphic novels, but Google isn't turning up anything.

The description seems to fit the end panel of the (parody) comic A Death Star Is Born.

Tarkin disses Vader in front of his troops 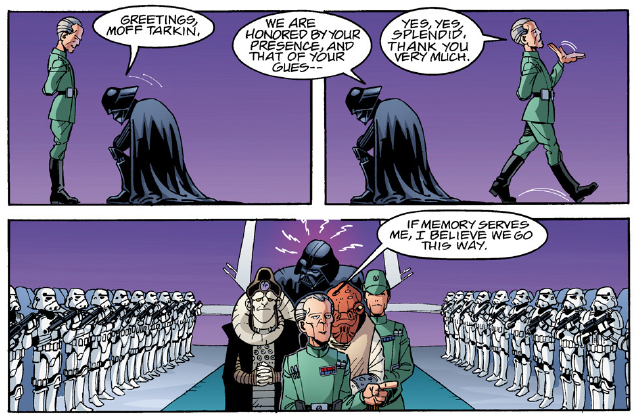 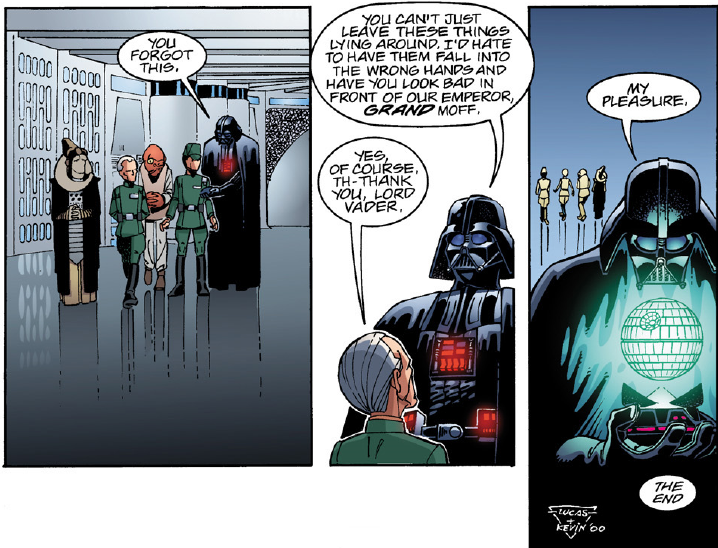 No he did not. As we see in the movie Rogue One: a Star Wars story Jen Erso steals the Death Star plans and transmits them to the entire galaxy. Also Darth Vader would NEVER help the rebels... well until the end of return of the Jedi and well you know he kinda threw his master off a cliff and saved his son and yeah... well... ._.

Not the answer you're looking for? Browse other questions tagged star-wars darth-vader episode-identification death-star the-rebel-alliance or ask your own question.