I am trying to identify a TV show I watched as a kid during 80s / 90s. The show / movie featured a hovering ET like robot as a main character. The robot had a saucer-like body, a long neck and a head, no extremities. The robot was yellow and possibly had gloving eyes. It was very similarly shaped as those flying saucers from the original War of the worlds - 1953 movie. I remember an episode where there was his adversary which was the same robot model but black. What is this show called?

"Benji, Zax and the Alien Prince"(1983)?
It was a Saturday morning show (not animated), and it did also feature an evil robot, I think in an episode called "Decoy Droid"?

Here is a picture of the yellow droid. 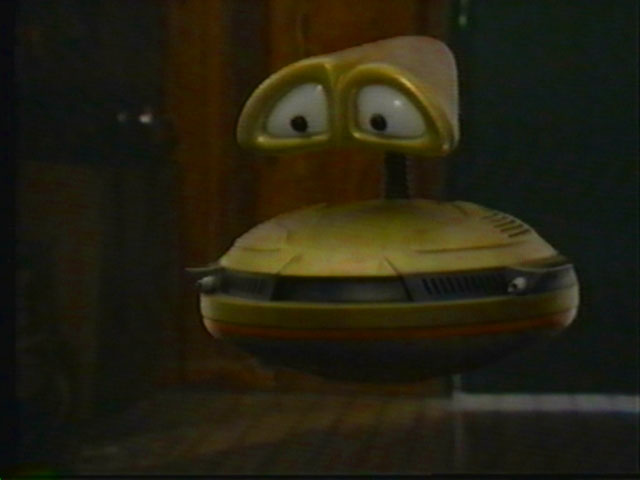