Has the original Fantastic Beasts book been pulled off shelves?

I'm not sure, but I heard that the original 'Fantastic Beasts & Where to find them' from the Hogwarts Library Set has been pulled off the shelves? That the old version will no longer be available and a different version of it is going to be released?

Is there an official source for this information if it's true?

This is the edition that I'm talking about: 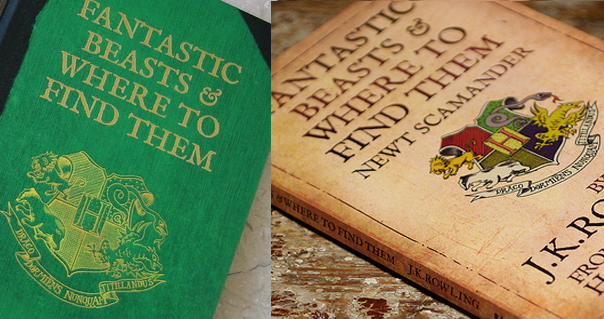 But with the selection of Fantastic Beasts to become the foundation for a trilogy of films, and Scholastic’s new deal with Warner Brothers to publish it as part of the spin off works from the upcoming first movie, the new edition of Hogwarts Classics finds itself down a book. Fantastic Beasts and Where to Find Them is no longer included. Instead the Hogwarts Classics set is now just two slim volumes: Quidditch Through the Ages and Tales of Beedle The Bard.

I thought I'd leave some specific information regarding the old and new versions of Fantastic Beasts and Where to Find Them, in hopes that it might be useful to some who haven't seen the original book.

The new Fantastic Beasts and Where to Find Them is due out on March 14, 2017, and is currently available for pre-order at Amazon (US) for $6.99 for the Kindle and $7.38 for the hardback edition. Amazon doesn't charge your account until the book ships.

I've pre-ordered the new Hogwarts Library from Amazon (US), which will include the new Fantastic Beasts and Where to Find Them, as well as Quidditch Through the Ages and Tales of Beedle the Bard, for $23.38. It's a nice looking set and is also due out on March 14, 2017.

So, yeah, there's a few links that might be helpful!

Someone asked this to J.K. Rowling on twitter, and she confirmed. You don't get more official than J.K. Rowling.

J.K. Rowling: A new edition is in production, with extra material (including foreword by Newt). All my royalties will go to @comicrelief, as before.

Yes, the very original version is out of print, but the new version is going to be very, very similar, just "updated."

As per Pottermore's announcement (https://www.pottermore.com/news/updated-edition-of-fantastic-beasts-library-book-will-include-new-magical-creatures) it will include six new beasts (for example the Thunderbird is not in the original) and some more on Newt Scamander to make it a closer tie-in to the movie.

Overall, the important point that I fear isn't as clear in other answers is that it is meant to be the same book, simply updated.

Not the answer you're looking for? Browse other questions tagged harry-potter jk-rowling fantastic-beasts or ask your own question.