What Happened to Jedi Masters Yaddle and Yarael Poof?

From this article I read the following:

...right before the start of the Clone Wars, the Jedi High Council had hardly changed. Only Yaddle and Yarael Poof were no longer present, replaced by Shaak Ti and Coleman Trebor.

I recall seeing and reading about these members of the Jedi Council when The Phantom Menace came out, but I never noticed that they did not appear in later films, or that their seats on the Council had been taken by other Jedi. Unfortunately, I cannot find any further information as to what happened to them. Is there any in-universe information (whether Canon, or Legends, or Hidalgo-tweet) about where these Jedi went?

No explanation has been given for either Jedi Master's absence (although Yaddle's Databank entry confirms that she was no longer on the council). It is unlikely that we will ever get an explanation, since Disney does not seem interested in exploring things that happened pre-Clone Wars.

His final appearance was in the comic mini-series Zam Wessel, set in 27 BBY (5 years after The Phantom Menace, 5 years before Attack of the Clones).

The story involved the Infant of Shaa, an artifact that could store Force energy. A terrorist group tried to unleash that energy on Coruscant so that an enormous disturbance in the Force would eradicate life on Coruscant. After forming an uneasy alliance with bounty hunters Jango Fett and Zam Wessel, Yarael Poof was fatally stabbed with a vibroblade and, with the last of his effort, disarmed the artifact and saved the planet. 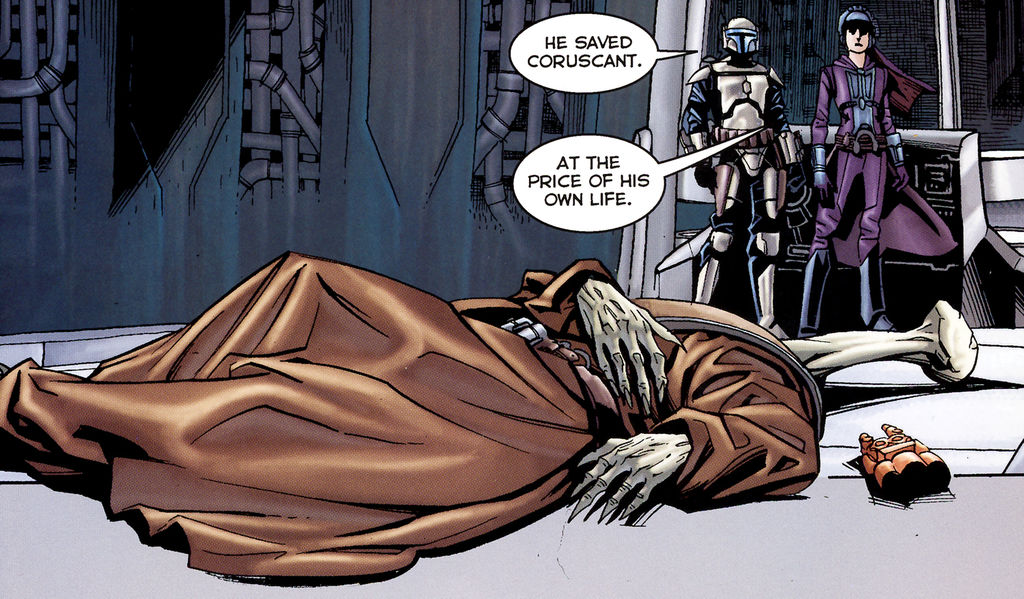 Coleman Trebor was selected as his replacement on the Jedi council.

Yaddle's fate is detailed in the book Jedi Quest: Shadow Trap. In the year 25 BBY (7 years after The Phantom Menace, 3 years before Attack of the Clones), Yaddle went on a diplomatic mission with Obi-Wan and Anakin to the war-torn world of Mawan. She sacrificed her life to save millions of people from being killed by a bioweapon.

Yaddle hung above [Anakin], above the tallest building of Naatan, the Force holding her temporarily aloft. She held a silver canister against her chest. [...]

"No!" he shouted. But he could already feel it. Yaddle was drawing in the great net of the Force she had created, drawing it around her so tightly and fiercely and strongly that Anakin fell to his knees. He had never felt the Force move like this. He couldn't speak or move. From far below, Granta detonated the explosives.

Anakin heard a sharp pop, nothing more. The Force grew until Anakin was dazzled. Instead of exploding, the canister imploded, and Yaddle drew the toxic gas and the explosive power in, absorbing it into her body.

Then she simply disappeared. A shower of light particles swirled, hung in the air, then evaporated.

Anakin's face was wet. Tears flowed and he did not feel them. The night sky was empty, and Jedi Master Yaddle was dead. 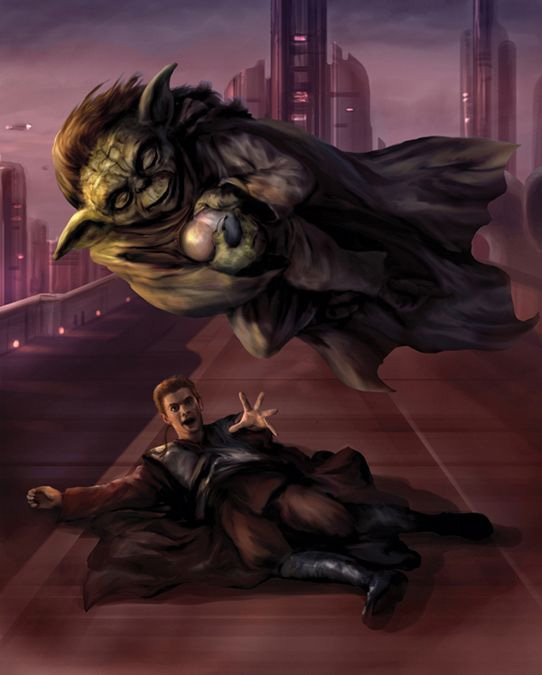 Yaddle was replaced by Shaak Ti on the Jedi Council.

It wasn't because they were puppets

One might think that because Yarael Poof and Yaddle were puppets in The Phantom Menace, they were replaced because using puppets would be impractical for the Battle of Geonosis in Attack of the Clones. Turning them into CGI, as they did with Yoda, would be costly, but that doesn't seem to have been an issue. Attack of the Clones animation director Rob Coleman talked about Yarael Poof's replacement, Coleman Trebor, and noted that he was a fully CGI character who was only on screen long enough to get killed by Jango Fett.

Coleman Trebor was named, the maquette was realized as a computer-generated character, the character was painstakingly animated and composited into the temple and arena scenes...

... and then Coleman Trebor was quickly iced by Jango Fett.

So they were definitely capable of keeping those two Jedi Masters, but chose not to.

George Lucas thought Yarael Poof would be confused with a Kaminoan

Rob Coleman recalls that George Lucas was concerned that Yarael Poof would be confused with the Kaminoans, the species that Obi-Wan discovered were creating the Clone Army.

"If you think back to the original Jedi Council there was a long-necked Jedi on the far side -- Yarael Poof -- he was a puppet. George was afraid that if we kept that guy in, people might confuse him with the Kaminoans."

It's not entirely clear why Yaddle was replaced

I have not been able to find any particular reason why Yaddle was killed off. However, I speculate that if the audience had already seen Yaddle jumping around in the Geonosian Arena, it would be less of a spectacle to see Yoda battle Count Dooku later in the film, and so she was removed for that reason.

According to Ultimate Star Wars (and the Star Wars Databank) some time after the Battle of Naboo, Yaddle stepped back from an active role within the Jedi and gave up her seat on the council. Presumably she was in the Jedi Temple when it was attacked by Darth Vader and died.

By the time of the Clone Wars, she was no longer on the Council.

The 'Star Wars Character Encyclopedia: Updated and Expanded edition' factbook reports that he died at some point prior to the Battle of Geonosis. No specific are given as to the circumstance of his demise.

The decision to remove Poof from the film was taken because George Lucas was concerned that audiences would confuse him with a Kaminoan. When they recycled footage of the Jedi Council from the previous film, Poof was digitally removed and replaced with another character, Coleman Trebor.

In the same breath they also decided to axe Yaddle in order to show "the progress of time" (and presumably to prevent audiences from noticing that they'd used 100% recycled footage!).

In the case of Trebor, the horn-crested Jedi came about as a replacement to an Episode I Jedi Master removed from the Jedi Council. "If you think back to the original Jedi Council there was a long-necked Jedi on the far side -- Yarael Poof -- he was a puppet. George was afraid that if we kept that guy in, people might confuse him with the Kaminoans."

No new footage of the Jedi Council chambers was shot. Archival Episode I footage was reused, digitally modified to fit the appropriate time of day, and the offending Jedi Master was painted out and replaced with Coleman Trebor. To further suggest the progress of time, another Jedi Master got the digital axe. Green little Yaddle was replaced by Shaak Ti, an actress wearing elaborate makeup who was composited into the scene.

Not the answer you're looking for? Browse other questions tagged star-wars star-wars-legends jedi or ask your own question.

2
Why did Obi-Wan not know about Kamino and Kaminoans?

45
Are most Star Wars characters illiterate?
18
How many Jedi Masters have become Sith?
11
What are some things that only Jedi Masters could do, and not new Jedi Knights (or Padawans)?
6
Did most Jedi Knights go on to become Masters?
2
Do Jedi masters/knights take responsibility for their turned padawans?
8
How much official communication was there between the Senate and the Jedi Council?
11
In new canon, what do we know about Sifo-Dyas commissioning the clone army?
9
How old was Yoda when he became Grand Master of the Jedi Council?
7
How many Hutts are there?