Who are these feminists?

The following image surfaced in chat. 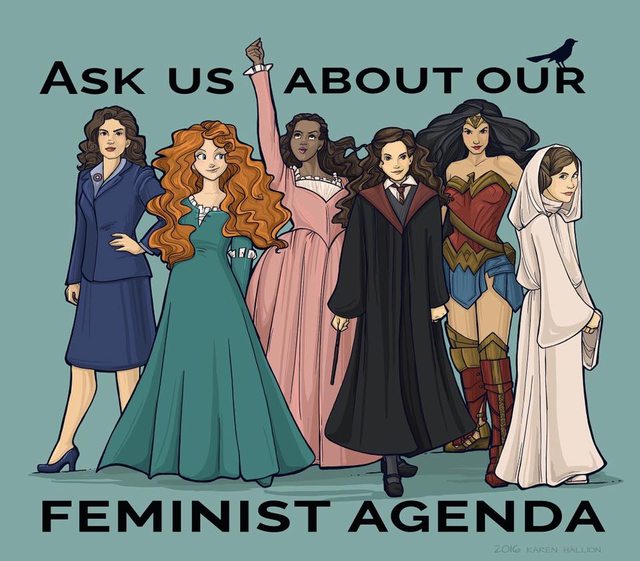 Chatters were quick to identify the three women on the right: Hermione Granger, Wonder Woman, Princess Leia Organa.
The two women on the left took a bit more time, but they were identified as agent Carter and Merida of Dunbroch.

The last woman was identified as Princess Tiana of Maldonia, from the Disney film The Princess and the Frog.

However, I think this is incorrect, as she is depicted in simple robes, without a tiara. Also, Princess Tiana is never shown in a pink dress in the film.

So who is she?

Also, is the identification of the woman on the left as Sharon Carter correct?

Culturess.com (referencing the official reseller of T-Shirts and branded accessories from the picture's creator) identifies the models as follows;

That is why this “Feminist Agenda” print by Karen Hallion is the perfect gift for geeky feminist or even the young feminist in training. It features some of pop culture’s best role models: Peggy Carter from Agent Carter, Merida from Brave, Angelica Schuyler from Hamilton, Hermione Granger from Harry Potter, Wonder Woman, and Princess (now General) Leia from Star Wars. It is a powerful image of sisterhood and strength.

As you can see from the composite below, these are all people that Karen Hallion has drawn before. 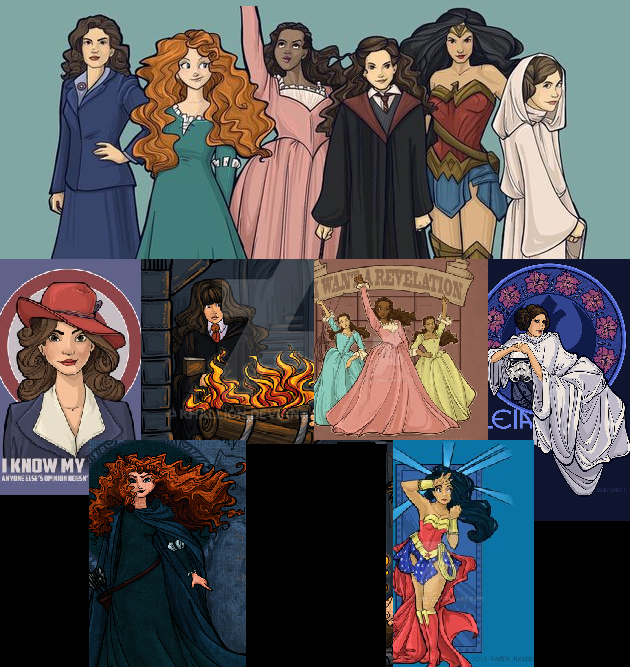 The bird sitting on the text appears to be in reference to the picture and story that Hallion cites as being the inspiration for her artwork;

"Inspired by Chelsea Cain and the Mockingbird". 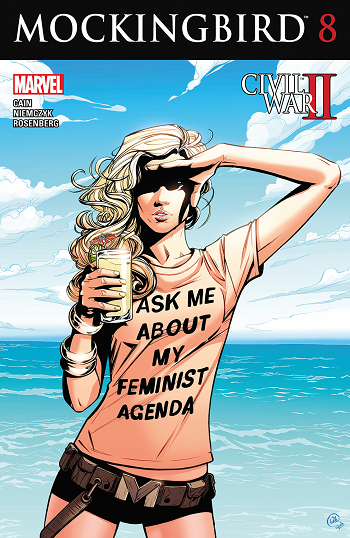 Angelica Schuyler is a character from the Musical "Hamilton". She's portrayed by Renée Elise Goldsberry and wears a pink dress, as pictured below:

Which reflects on her "feminist agenda" 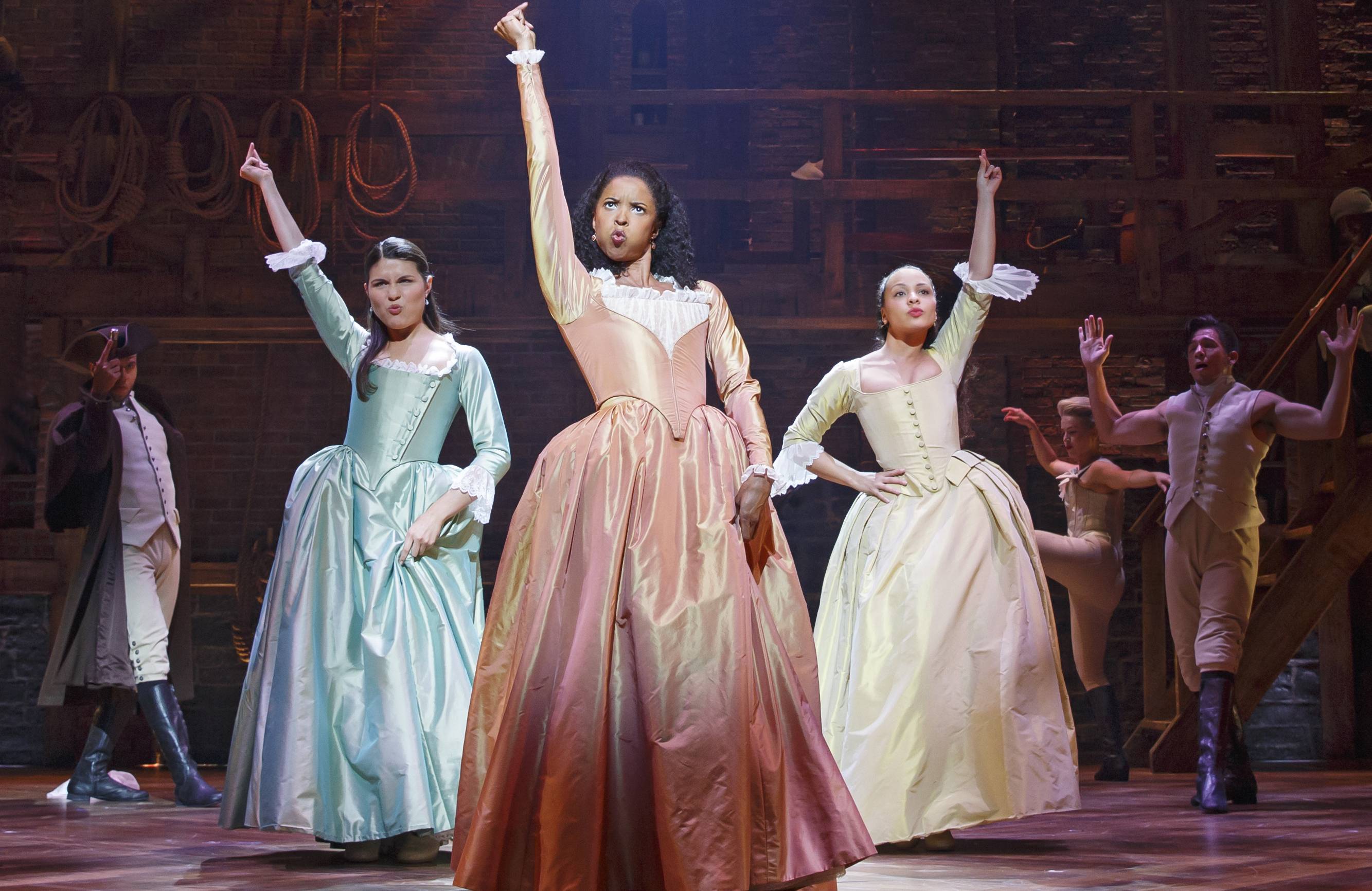 Another image (a cartoonisation of the one above), by the same artist can be found here

Not Sharon but Peggy Carter

I also believe the person on the far left is Peggy Carter (looks like Hayley Atwell's portrayal of her): 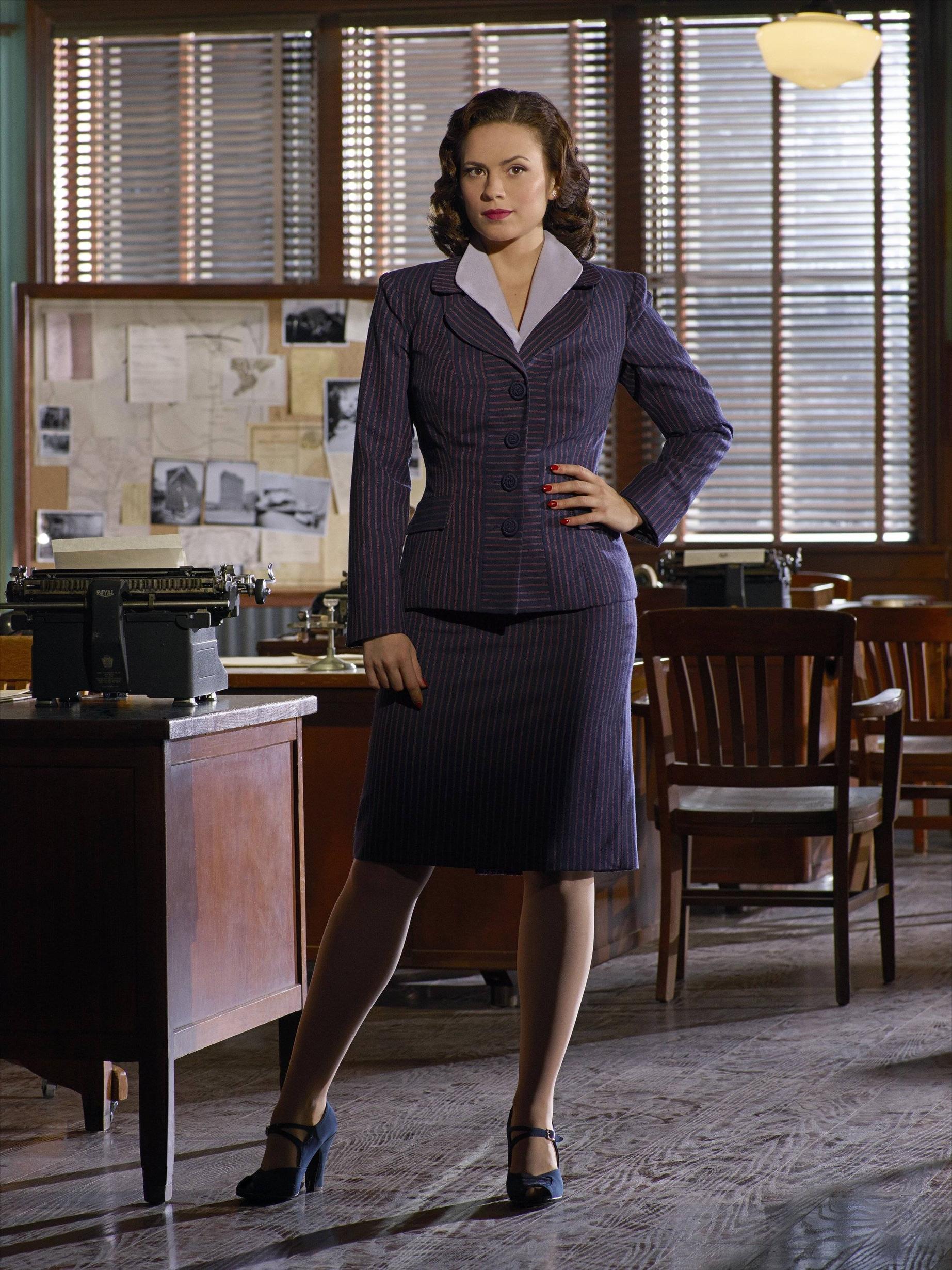