I have heard that the original film was to be "The Star Wars" and somewhere along the line they dropped "The".

One person says they have seen a windbreaker or T-shirt in a Star Wars collection that has the familiar logo and includes "The" that came from somebody involved in the film.

Was the title originally "The Star Wars"?

Yes, this is correct

One of Lucas' earliest drafts of the script, penned in 1974, sold at auction in 2013; that script bore the title "The Star Wars" (click to embiggen): 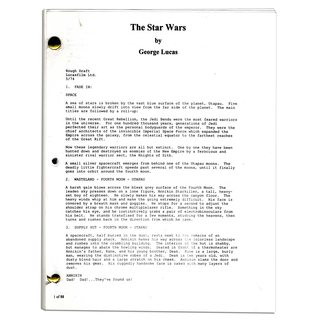 And fan-made scans of the early script drafts continue to support this (click to embiggen all images):

However, I'm not aware of any official merchandise bearing this title; certainly there wouldn't have been any at the time, because merchandise production was famously limited before the film was actually in theatres, and the title had changed by that time; Peter Mayhew (Chewbacca) posted some images of his copy of the 1976 script on Twitter, where the definite article had already been dropped (click to embiggen): 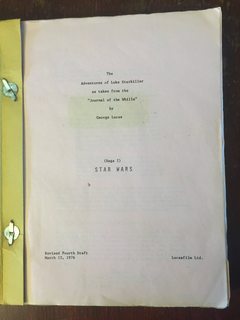 The "Visual Encyclopedia of Science Fiction" is notable for surveying the field just before "The Star Wars " came out. Published in 1976, it's an excellent guide to fandom the moment before Star Wars broke, and the upcoming movie is always referred to as "The Star Wars".

Bonus: Dark Horse produced an eight-volume comic series in 2013 called "The Star Wars", based on the original script treatment and incorporating all the stark differences between the original concept and the 1977 movie 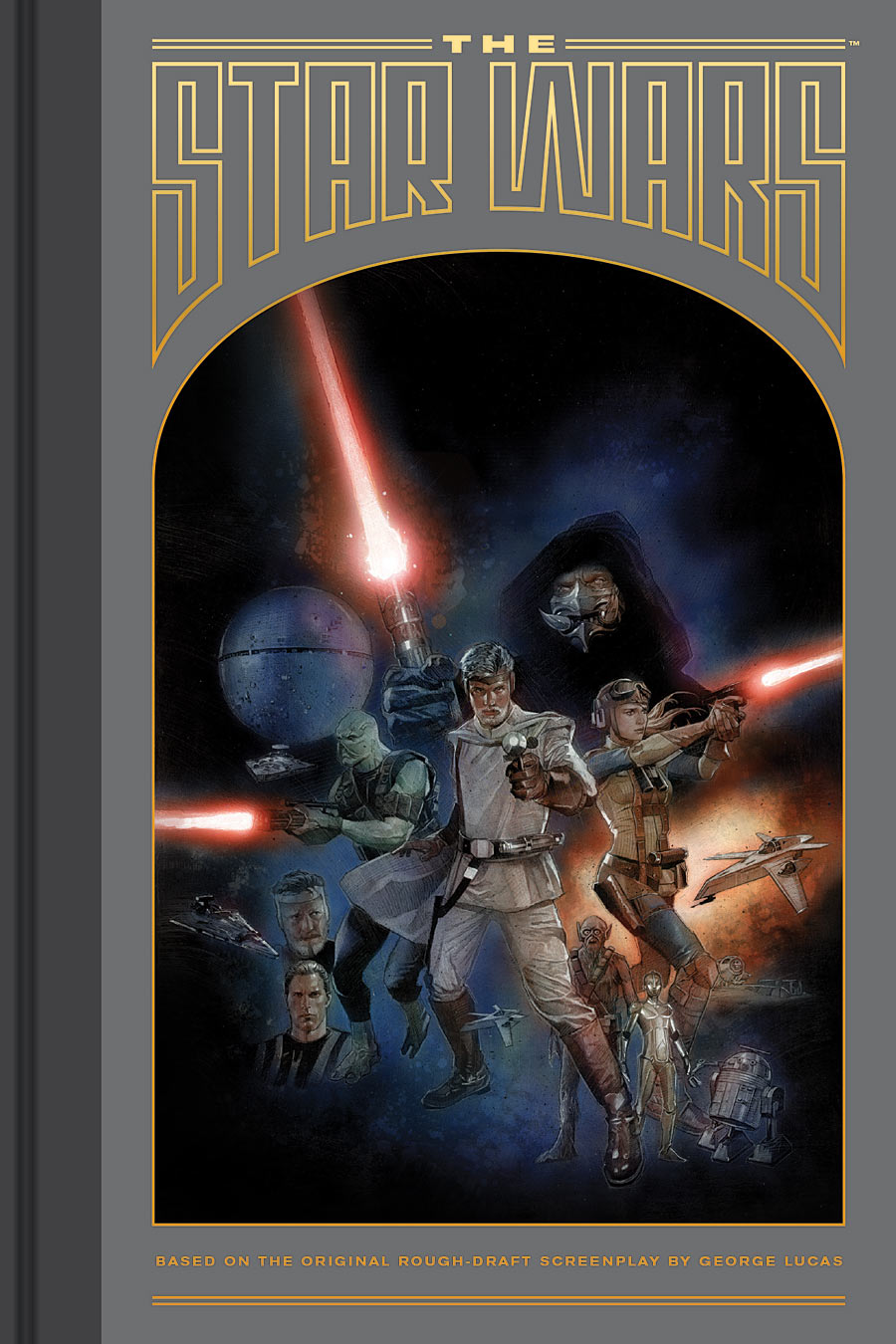 Not the answer you're looking for? Browse other questions tagged star-wars a-new-hope behind-the-scenes or ask your own question.

86
Weren't there originally going to be nine Star Wars films?
15
Were the Sith originally called “The Damned?”
36
What evidence is there that proves/disproves there was a Gemini Earth Astronaut that appeared in the original Star Wars Cantina scene?
12
When did “Darth” become a title?
3
Would the other Picard Maneuver work in the Star Wars universe?
57
Did Luke really not know about Mos Eisley spaceport in the original “Star Wars” (1977) film?
46
Why did the original Star Wars trailer imply that its story was happening “right now”, rather than “a long time ago”?
19
How much of Star Wars was ad-libbed?
11
What is the out-of-universe origin of the Rebel crest?