Which anime are these images from?

Does any one know which anime these images are from? 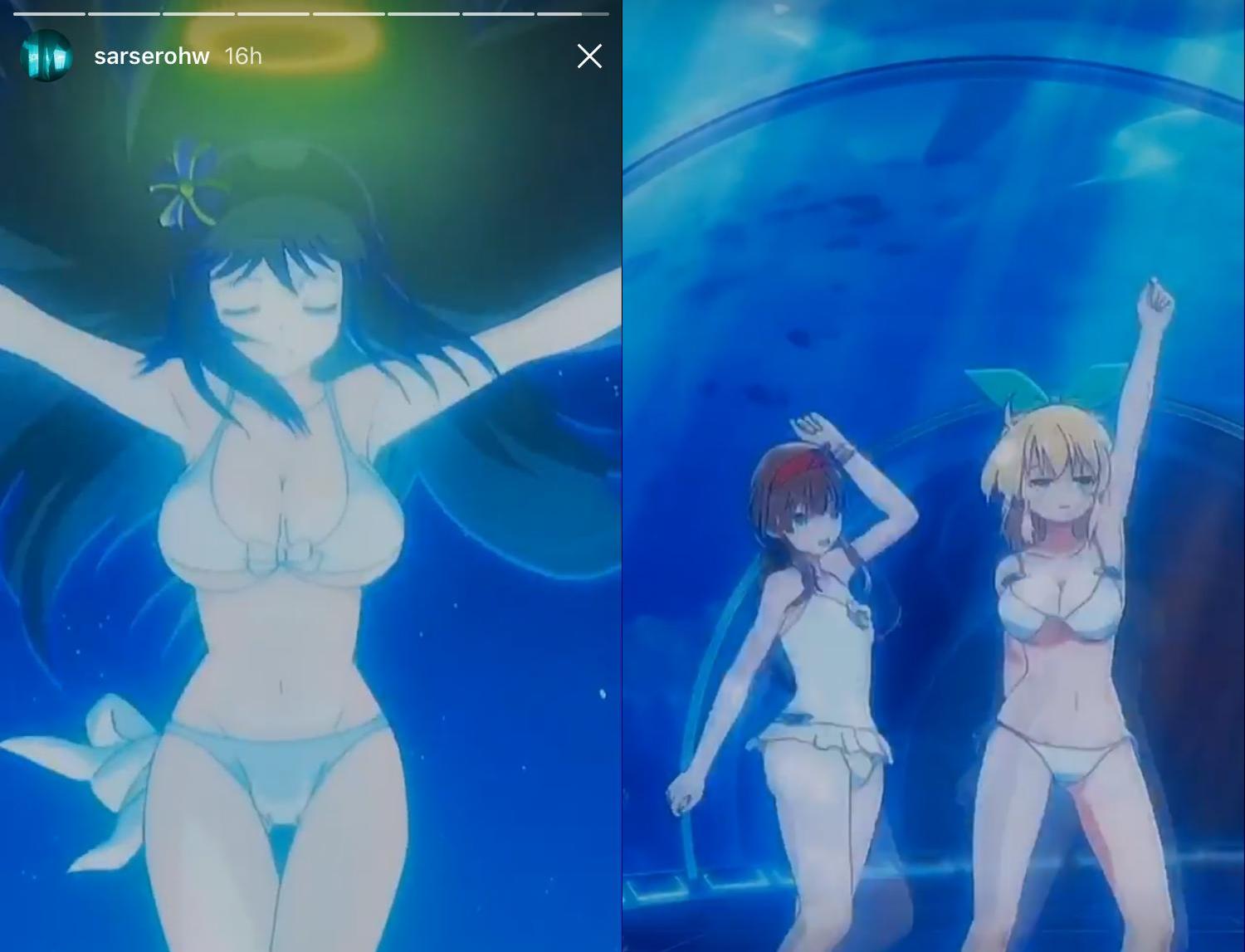 These images are not from an anime, but from the opening sequence of a Japanese video game called Senran Kagura: Estival Versus.

The opening cinematic can be seen here:

The first image appears at 49 seconds, and the second at 42 seconds.

It's a fighting game where hitting your (female) opponent rips apart their clothing, but the game does have a fantasy setting (although the other games in the series are arguably more clear-cut fantasy). Courtesy of the Senran Kagura wiki, here's the background story:

The flame that burns twice as bright burns half as long, and so it is with the lives of young shinobi. Death comes swiftly — for the lucky ones — and, for those still living, grief is a constant companion. Ryōbi and Ryōna, two shinobi sisters of the Hebijo Clandestine Girls’ Academy elite, know that truth all too well, and they mourn their beloved elder sister every day.

But, when a mystical phenomenon appears, drawing the shinobi world’s finest young ladies into a parallel dimension, everything they know about life and death turns upside down. Taken to a strange world resembling a warm summer island, the girls find themselves face to face with their departed loved ones.

The island’s mysterious mistresses challenge the girls, who hail from four rival schools, to a contest of strength and wits. The winning school, she promises, will not only learn the highest secrets of shinobi lore, but will also have the honour of laying their loved ones’ souls to rest.

The buxom beauties prepare for a new kind of battle, facing not only their rivals, but questions galore. Can the island's hosts be trusted? Will the other schools play fair, team up, or cheat? Will there be time to enjoy the beach before the fighting starts? Will anyone manage to keep their clothes intact? And… if they win, can they bear to be parted from their loved ones a second time?

10
Old cartoon / anime about a spaceship that transforms in to a robot
3
Which anime is this character from?
1
What anime is the clip mentioned below from?
12
What anime is this character from?
7
Mecha anime with giant robots summoned from sky, water and earth
6
Anime about a boy with powers engraved on his back, monsters turn into crystals when dead
6
Retro anime with bloody skeletons wielding axes and guns
5
Anime with fighting and magic weapons?
3
Anime where a man shoots bullets controlled by small creatures