It starts out with a young boy. I think he is an apprentice of some sort, possibly nobility? There is a sword, and he collects/finds 2 or 3 gemstones.

The stones are important, he is supposed to leave his castle or tower to search for the rest. I think there are 7 or 9 stones all together but I could be way off.

This sounds like Deltora Quest. The time-frame fits (published 2000 - 2005). There are 7 gems to be collected. Main character is a teenage boy who is the son of a blacksmith. 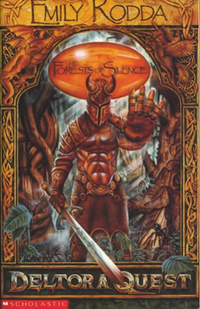 He discovers that he is actually nobility at the end of the series.

It's remotely possible that you're thinking of The Elfstones of Shannara by Terry Brooks. The main character, Wil Ohmsford, is grandson to Shea Ohmsford, who bore the legendary Sword of Shannara from the book of that name, and was at that time the only living descendant of the Jerle Shannara, the Elven King who defeated the Warlock Lord. Long story short, Wil carries the Blue Elfstones, as were given to him by his grandfather, Shea, who received them from the Druids. He is apprenticed to be a Healer when the plot kicks in. However, he does not acquire another set of elfstones in the course of the books, and he lived in a village, not a castle. It's also a good bit older, although it's been reissued a few different times (and will probably get another release to tie into the TV show). 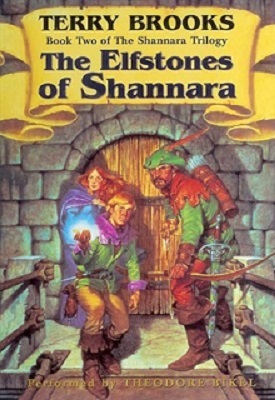 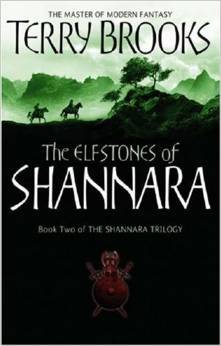 Of course, the Elfstones showed up in multiple books, so it could be any of a number of the sequels. In particular, the The Dark Legacy Of Shannara follows descendants Redden and Railing Ohmsford who eventually recover three more sets of elfstones.

6
Young Adult Fantasy novel about some boarding school, classmates dying, and passing on?
6
Fantasy novel with a boy on a quest to fulfil a prophecy in a fantasy world with flame fairies
7
Book: Young man attacked by wild animal (bear?) and rescued by shifted werewolf-woman (princess?), changed to be rescued, existing betrothal
8
House inhabited by well-to-do Aztec descendents that is revealed to actually be a spaceship
3
YA/childrens book I read in the mid-late 90s, about videogames & crocodiles?
6
Book series - Boy finds gem and is transported to a fantasy world