Why does one AT-AT have a hole in it in “Rogue One”?

I Watched the movie Rogue One: A Star Wars Story and I realized that in the attack on Scarif, when the AT-ATs came, one of the AT-ATs has a large, rectangular hole on its side. That is the only AT-AT in Rogue One that has a large hole in it. The other one's have orange covers.

Why is there a large hole?

Because it was not an AT-AT but an AT-ACT.

The hole is where the cargo would go, but the armored part of the description explains why it still has armaments.

The hull of AT-ACT is hollow, allowing it to transport materials, munitions, or stormtroopers in large amounts.

There is a picture that I found, fram an early draft of Rogue One: visual Dicitonary (hat tip to @Valorum): 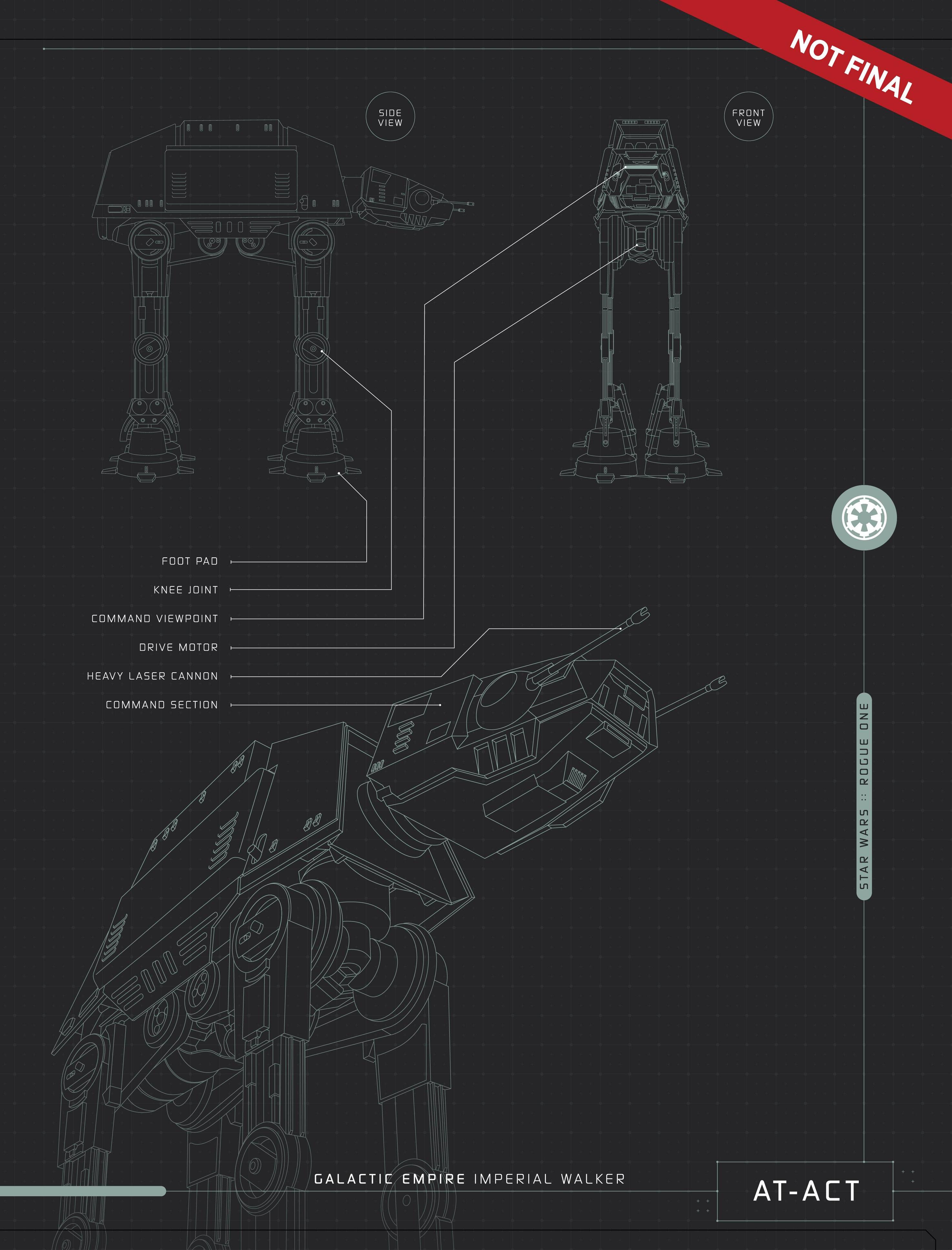 Cropped by me, original here

And there's another one (one more hat tip to @Valorum): 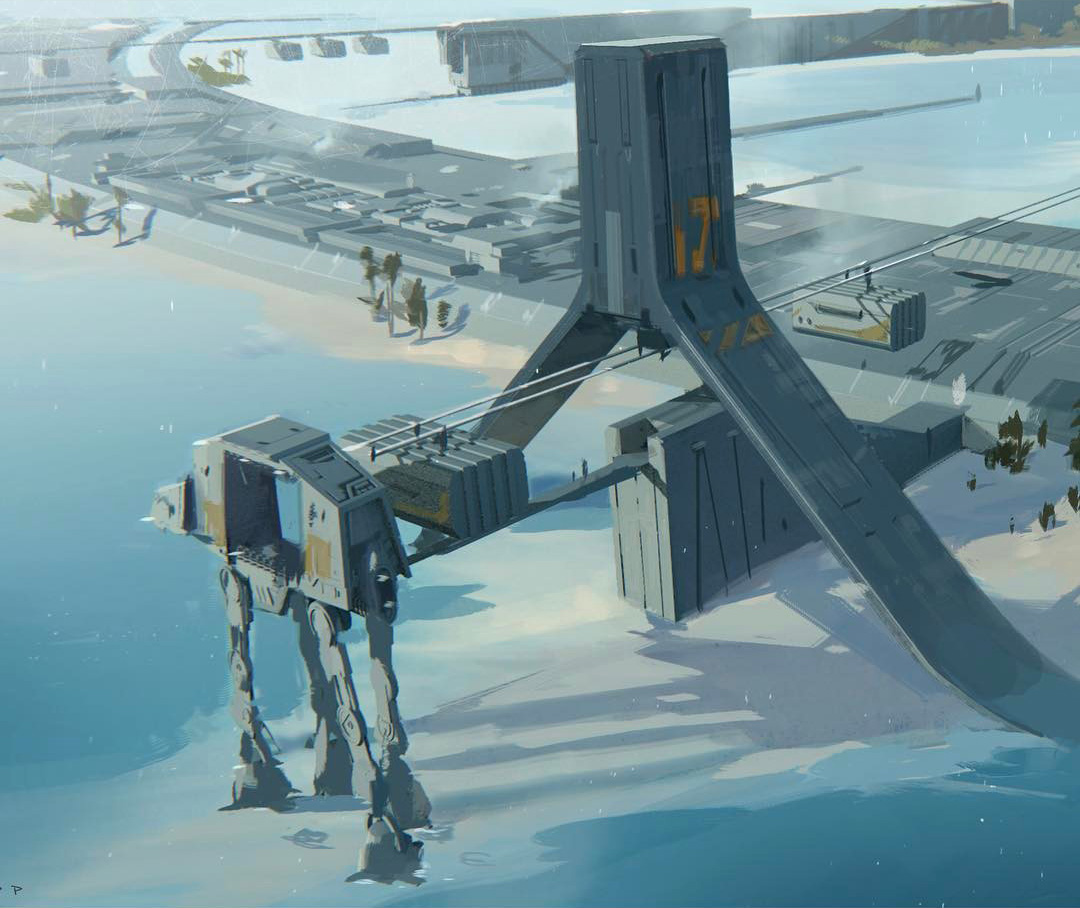 AT-ACT has laser cannons and armour as well, making it only slightly inferior to AT-AT in terms of sturdiness (if you don't count longer legs) and firepower.

I'd say it's a pretty good balance between a cargo hauler and a tank.

When I saw the 'empty' AT-ACT in Rogue One, I was reminded of the Sikorsky CH-54 Helicopter, which looks similarly incomplete when not carrying cargo (original picture from here). 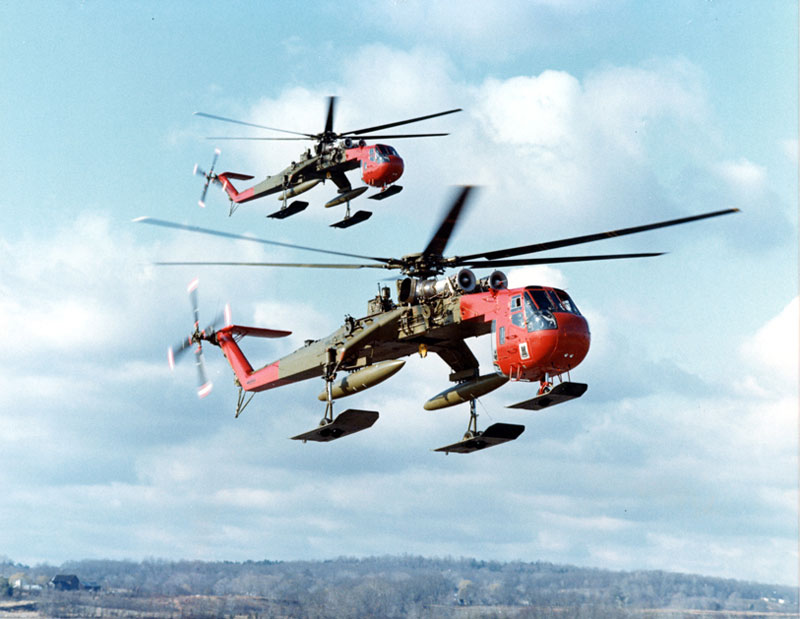 I wonder if this and similar vehicles provided the inspiration for the one in the movie.

As to why that one AT-ACT was unladen, presumably that just happened to be its current configuration when it was hurriedly diverted to defend against the rebel attack. Aesthetically, the film makers would have wanted to show off their isn't-this-cool design idea while at the same time including one that is carrying cargo, for familiarity and to demonstrate how the design works.

Much like the LAAT (Republic Gunship), there were variants of it for other purposes. You can find LAAT's carrying tanks in their hold, as well as LAAT's carrying infantry into combat. They all had the same base design, but the main carrying area switches out based on need. As the designer of this was a subsidiary of Kuat Shipyards (Who made the AT-AT), it's a safe bet to assume members of the design team moved to Kuat Shipyards after the form of the empire.

6
Where does the AT-ACT door go?

9
Should I read 'Catalyst: A Rogue One Novel' before going to see Star Wars: Rogue One?
5
Was Rogue One not a Star Wars Episode movie?
7
Does Scarif host any resort communities?
9
Does Rogue One create a plot hole in Return of the Jedi re Hyperspace Radio?
10
Why weren't the capital ships firing?
8
Why doesn't the Empire employ Death Troopers other than during the events of “Rogue One”?
5
What is the locket wore by Jyn Erso in Rogue One made of?
4
How many rebel ships were at Eadu, compared to the Death Star run?
15
Why don't Rogue One and Solo have opening crawls?
8
How many people were in the original Rogue One squad?