What’s on Ronan’s chest whilst he inserts the Infinity Stone?

Does a Japanese or Chinese symbol appear on Ronan's chest after he takes the Infinity Stone out of the orb in the Guardians of The Galaxy film? If so, what does it mean? 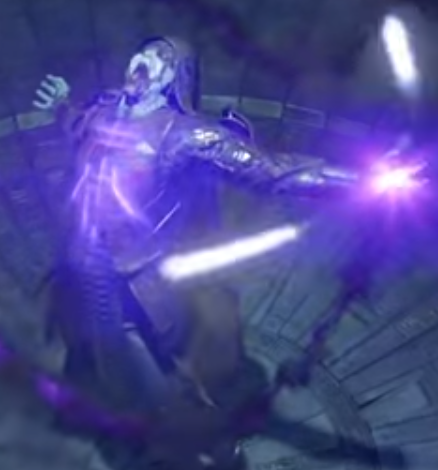 It appears that the purple lines are following the lines in Ronan's armor, which is consistent with the "glowing from within" visual used anytime someone touches the infinity stone. 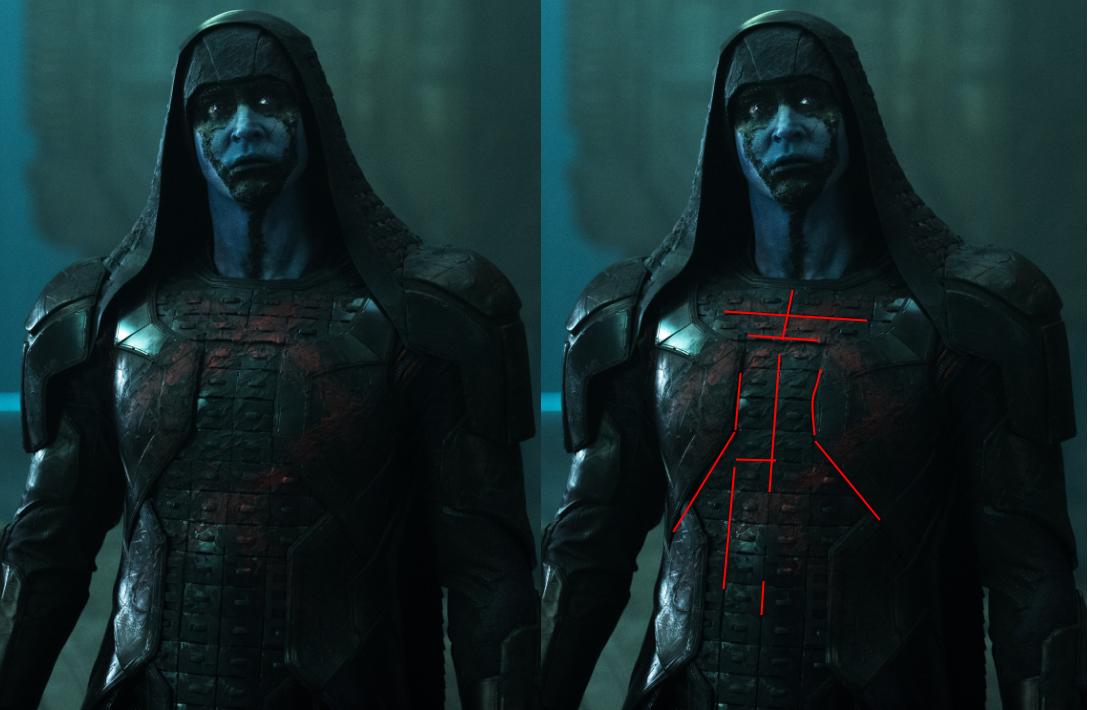 While these lines do superficially resemble some sort of Kanji or Japanese character, there's no evidence it actually represents one. 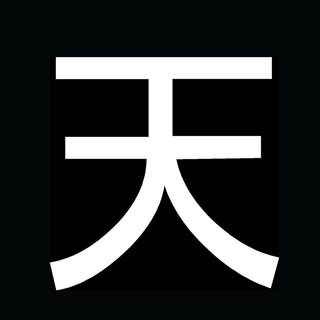 If you were really trying to see a Japanese /Chinese Kanji in this I would the top resembles 士 = Shi which does hold the meaning of "Samurai", but can also be written as 侍 = Samurai. 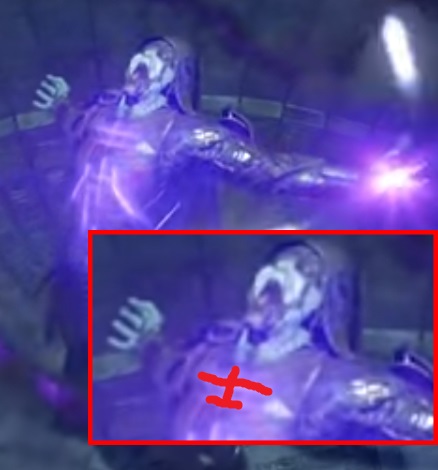 It is also a key Kanji in the word 武士 = bushi or "Warrior" in English. 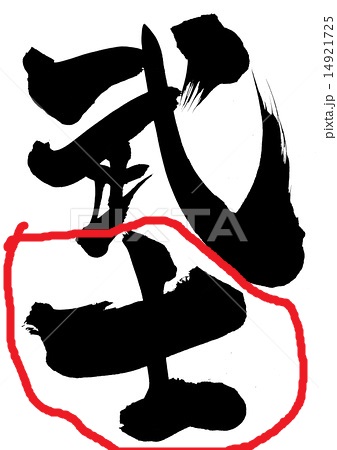 How ever , the bottom half of the image you provided of Ronan is gibberish and resembles nothing.

So, the makers could have deliberately put in this to resemble Kanji and as the top half does very much resemble a Kanji that is used for "Warrior" which also holds a meaning of "Samurai" which in its-self implicitly means "Warrior" here in Japan. The fact that Ronan is a warrior could point to the makers doing this on purpose.