What short story has crew drifting away from a wrecked spaceship, one towards Earth?

I read a story long ago that has gotten stuck in my mind lately, but I have no idea of the author or title!

It's about a wrecked spaceship. All the crew get into spacesuits, but have no maneuvering packs. They are all being thrown away from the wreck in various directions. There's no hope of rescue, and the story consists almost entirely of the crew’s radio communications with each other and the thoughts of the protagonist.

The protagonist is the only one heading towards Earth, and the story ends with him thinking "I'll burn like a meteor. I wonder if anyone'll see me" and then cuts to a kid saying "Look! A shooting star!" And mommy saying "Make a wish!"

Obviously, it had an impact on me! I probably would have read it between the late '60's and early '70's.

Thanks for any help!

story-identification short-stories
Share
Improve this question
edited May 17 '17 at 20:05

As per user14111's comment (answers should be in answers, not comments), Ray Bradbury's "Kaleidoscope", as described in this answer:

He fell swiftly, like a bullet, like a pebble, like an iron weight, objective, objective all of the time now, not sad or happy or anything, but only wishing he could do a good thing now that everyone was gone, a good thing for just himself to know about.

When I hit the atmosphere, I'll burn like a meteor.

The small boy on the country road looked up and screamed. "Look, Mom, look! A falling star!"

It can be read here and it was turned into a comic. 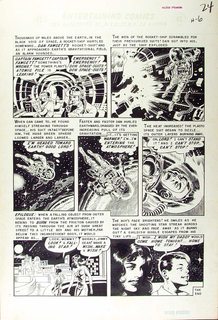 Makes me think of dark star, after the ship was destroyed one of the crew finds a ladder and burns up surfing to the planet.

24
Watching "Gravity" reminded me of a short story I read in the 60s, but can't place now

10
Story featuring a spaceship computer falling in love with the crew
27
Short story where rain only on one side of the house gives away fake world?
10
Short story, man kills everyone on board spaceship, Earth won't let him land
3
Short Story About Spaceship Crew Reaching Mars in Makeshift Spacecraft
9
Short story from early 2000s magazine, father teleporting son away from alien takeover
28
Children's short story about material that accelerates away from gravity
13
Sci fi short story, multi species starship crew, man has sex with a wolf